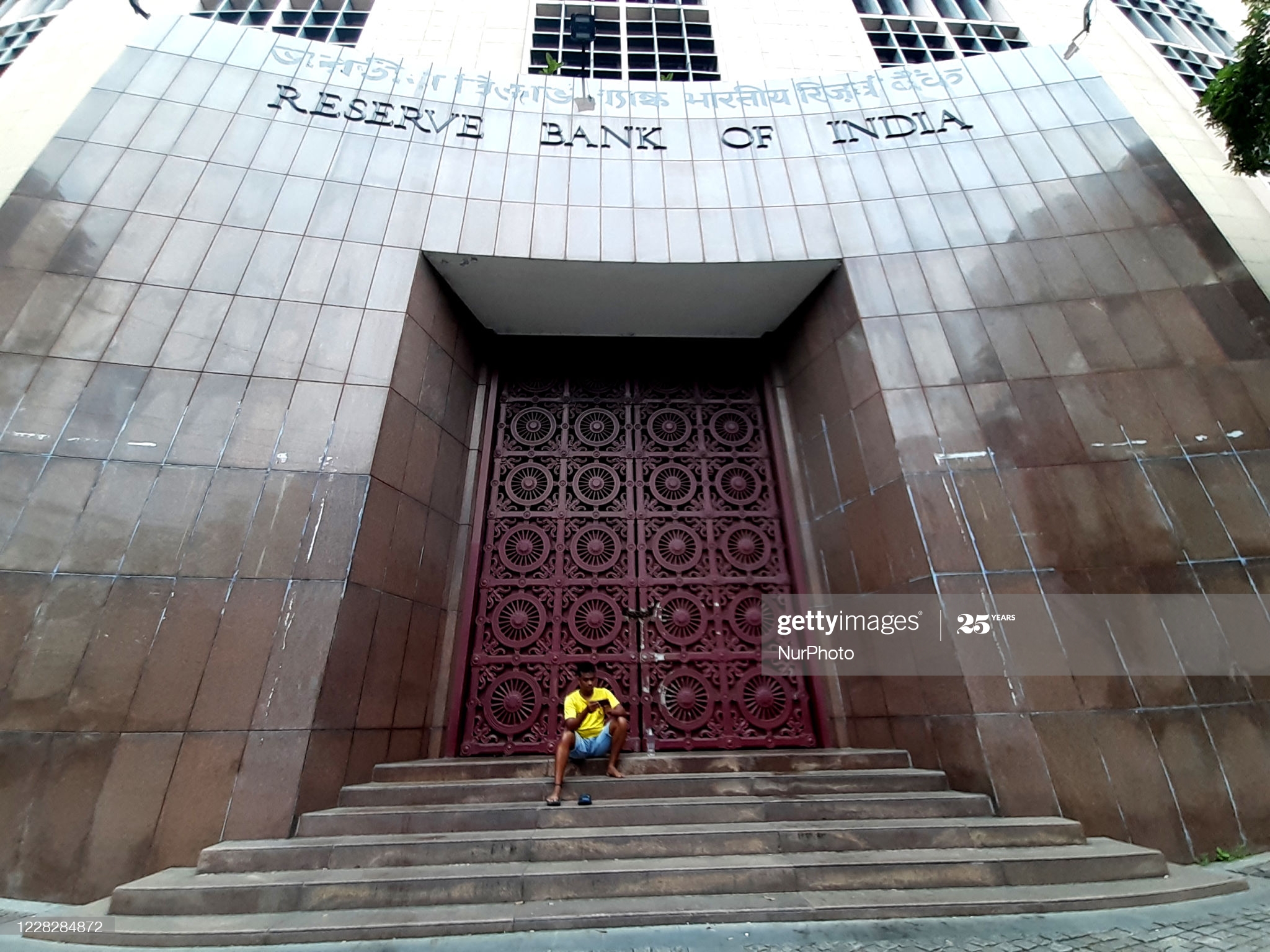 Reserve Bank of India, the central bank of the country, in Kolkata on August 31,2020. (Courtesy: Debajyoti Chakraborty/Getty Images.)

Indians depositing money abroad for education, travel or other purposes will now have to pay a tax on the amount of up to 5 percent. Analysts say the new tax, which the government initiated as an additional measure anti-evasion measure, is unlikely to deter the outflow of funds from the country.

The government allows citizens to directly deposit money in foreign banks through the Liberalized Remittance Route (LRS). The government’s order on taxing foreign remittances states that remittances for tour packages will be taxed at 5 percent. For education and other purposes, remittances above INR 700,000 ($9,450) would be taxed at 0.5 percent.

In 2019, some 753,000 Indians went abroad for studies, according to government statistics.

The LRS allows individuals to remit up to $250,000 per financial year for education, investing in foreign stock markets and medical treatment, among other uses. Individuals can have foreign bank accounts and trading accounts with direct deposit. In 2004, India amended its Foreign Exchange Management Act, 1999, to accommodate this scheme.

Tax experts are concerned about the new tax rate.

“Since the intention is to only stop tax evasion, the rate could have been around 2 percent for overseas tour packages,” said Narayan Jain, chairperson of the representation committee of the Direct Tax Professionals Association.

When the government proposed the tax in the Finance Bill 2020, it stated the primary reason as preventing tax evasion. When the bill was introduced in parliament in February, the government stated that there were over 1,000 cases of foreign remittances where the individuals did not file returns.

Amit Maheshwari, tax partner at consulting firm AKM Global, said that the provision was introduced to expand the tax base.

“One could criticize the move as such transactions are anyway going through the right channel, but it is not possible to ask the bank to provide data for tax authorities to keep a tab,” he said. “This way, a tax is levied at the source itself. In this case, each transaction is linked to a permanent account number (PAN), which will help the tax department track the transaction.”

PAN was introduced by the Indian government in 1972 to give each person a unique identity to use for major financial transactions.

“There could be cases where the person is filing low returns, but he is sending money abroad for education purposes,” said Maheshwari. “Where is that coming from would be the question. That is perhaps why this is being levied.”

The government also stated that foreign remittances for financial year 2018-19 were $14 billion, compared with less than $1 billion in 2009-2010. India follows an April-March financial year. India receives more remittances than the amount its citizens send abroad. Remittances from abroad are $83.1 billion, according to a World Bank study.

Broadly, tax experts think the tax should not have any negative effect on foreign remittances since only individuals will be taxed, not industries. They also think that since activities that come under LRS are essential, such as for education, remittances will not decline.

Also, the tax can be adjusted against the individual’s tax liability.

“When an individual parks his or her funds in foreign lands, they are hedging their position in dollars,” said Kshitij Mahajan, co-founder of Complete Circle Consultants, a New Delhi-based wealth management firm. “This can be in the form of stocks, real estate. Also, the tax is a nominal rate. It should not affect investors.”

Given market volatility in India and attractive technology stocks in foreign markets, a number of people have been investing in foreign stocks.