After a successful joint bid, an Indian businessman and a global asset management firm will take over the controls. 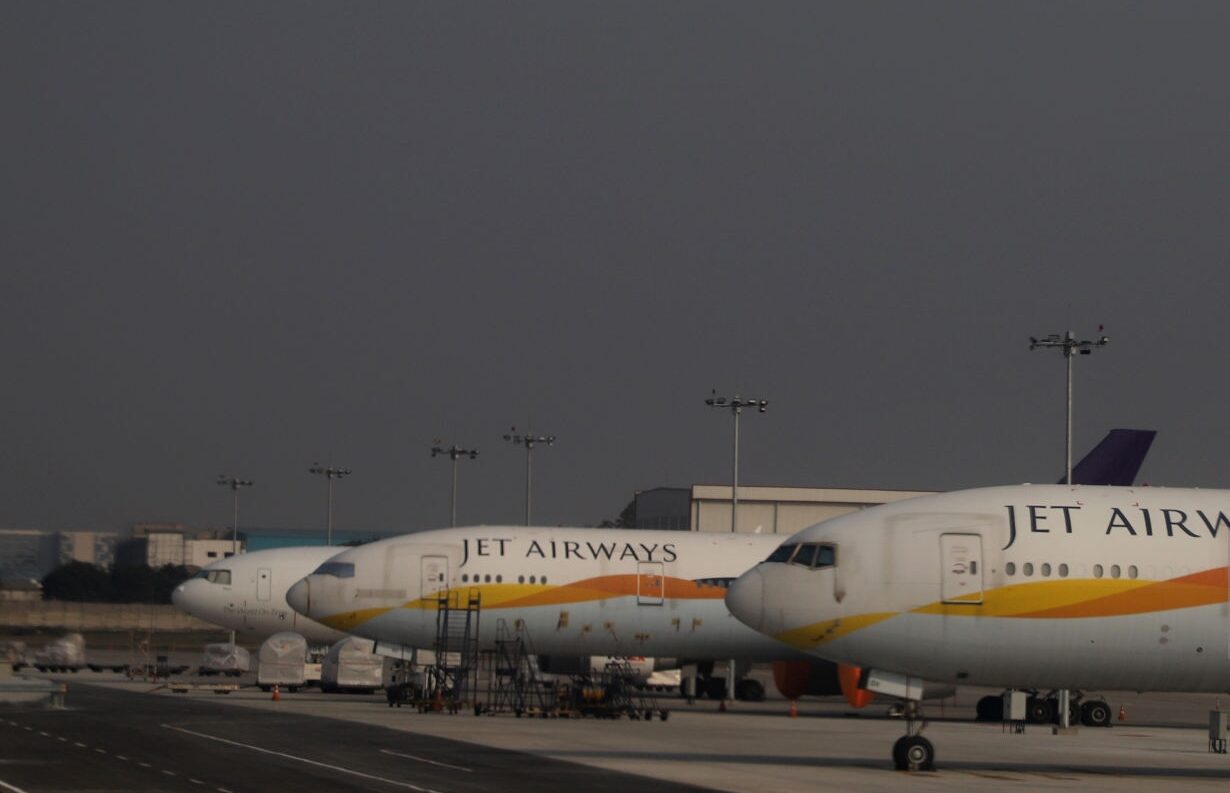 Jet Airways — once India’s biggest private airline — hasn’t flown since April 17, 2019, when it was grounded by financial woes. Now, two bidders for the bankrupt airline promise to revive it and set it soaring once again.

The winning bidders are a consortium of Murari Lal Jalan, a businessman from India’s eastern state of Jharkhand who is now based in the United Arab Emirates, and Karlock Capital, a global financial advisory and asset management firm with headquarters in London.

After several futile attempts to revive the airline, which went into insolvency in June 2019 initiated by the airline’s lenders, the soon-to-be new owners face numerous challenges to get the company off the ground again. Some analysts question the timing of the move as the global aviation sector is in the midst of the pandemic.

Among those in the aviation industry, some are intrigued by the new owners, particularly Jalan, who lacks experience in the sector.

Jalan, who began his career decades ago in his family’s paper trading business in Kolkata, has diversified over the years and now runs real estate projects in a number of countries.

“Nobody has heard of the people involved in the consortium. Forget the aviation circle, no one has heard of Murari Lal Jalan in any business circle,” said Mark Martin, CEO of Dubai-based Martin Consulting LLC, an aviation consulting firm.

Kalrock Capital, according to its website, is backed by Fritsch, “an investment group founded by serial entrepreneur Florian Fritsch, who has partnered with some of the world’s most influential families and organizations.” With Kalrock Partners, the website states, the group facilitates “meaningful strategic relationships accessing investment opportunities with global impact.”

Jalan’s venture in the UAE under the name of M J Developers, is a “strategic real estate development organization specializing in integrated smart city developments.” Its website states that it has large projects in the UAE, India, Russia, Brazil and Uzbekistan.

Before this consortium’s successful bid, at least two large corporate entities — Gulf-based carrier Etihad Airways and Volcan Investment, a company of mining tycoon Anil Agarwal — backed out of the bidding process due to the airline’s massive debt.

Various creditors, including employees of, Jet Airways, have claimed close to INR 44,000 crore ($5.9 billion) under the insolvency proceedings. Of this, claims of about INR 15,500 crore ($2 billion) have been admitted by the resolution professionals. In total, the airline owes banks and financial institutions roughly INR 7,500 crore ($1 billion).

“There is so much ambiguity and confusion about this deal that this whole thing looks shady. The entire approach towards the resolution process had been surreptitious, which raises doubts about the deal. Soon after the deal, we saw Jet Airways’ share prices skyrocketing,” said Martin.

In the last month, Jet Airway’s stock prices rose by more than 130 percent.

Some observers think the new deal is good news for the overall aviation sector.

“It is good news for the aviation sector because an airline which had gone bad is now being revived,” said Ashwani Acharya, CEO of CAE Simulation Training, a pilot training facility in New Delhi.

For the Indian government, the debt resolution of Jet Airways will be considered a success under the Insolvency and Bankruptcy Code, initiated in 2016 to tide over the huge pile of bad debts in Indian banks.

“It is good for the sector as well as banks,” said Ashok Kumar Pradhan, former chairman and managing director of government-owned United Bank of India. “For an asset where there was no realization, something is better than nothing.”

Jalan joined his family’s paper-trading business in India when he was in his early teens, and established his first photo-processing laboratory in 1987 in Ranchi, then a city in the eastern state of Bihar. He eventually expanded the business to include over 20 such labs across India, the firm’s website states.

In 1992, Jalan ventured into Russia to expand his photo imaging business. Ultimately, he diversified into areas such as mining, trading, fast-moving consumer goods and renewable energy, among others.

Jalan established MJ Developers and undertook low-cost housing developments in the Middle East with an investment of nearly $100 million.  He also owns a minority stake in Medanta Medicity Hospital in Gurugram, India. The website states that Jalan has real estate investments in Kolkata under the name Orion IT.

Some in the real estate sector are unaware of Jalan and his ventures.

“I don’t know of any investments under the name Orion in Kolkata. He is not known in the real estate market in Kolkata,” said Jitendra Khaitan, managing director, Pioneer Properties, a real estate management firm in Kolkata.

In 2010, Jalan set up an eye care clinic in Uzbekistan and then expanded into real estate projects in the Central Asian country. Currently, his website states that he has four projects under construction there.  Jalan aims to build a new international airport in Uzbekistan’s eastern city of Namangan and launch his domestic airline from there. The fleet will have more than 25 aircraft. For Jet Airways, he plans to have more than 100 aircraft over 600 daily routes.

Jalan has held directorship in about 15 Indian companies in the past, according to data from India’s Ministry of Corporate Affairs, and is currently a full-time director at Patanjali India Distribution Ltd.

Patanjali is an Indian fast-moving consumer goods company associated with controversial yoga instructor Ramdev, who recently claimed to have found a cure for Covid-19, but later withdrew his comments after receiving backlash.

Known for his network of political connections and corporate lobbying, Ramdev built his business empire from a small pharmacy to a $1.2 billion consumer conglomerate in less than a decade. In 2019, it acquired Ruchi Soya, one of India’s largest manufacturers of edible oil, for around ₹43.5 billion ($591 million).

Ankit Jalan, a member of the Jalan family, is also a director at one Patanjali International. The company is in the process of removing itself from the Register of Companies in India. Ankit is on the boards of various ventures of the Jalan family, including Agio Paper and Industries, one of their oldest family firms.

The Jalan family is known to have family ties with the Gupta brothers — Atul, Ajay and Rajesh — of South Africa. The brothers were sanctioned by the U.S. in 2019 for fraudulent transactions worth hundreds of millions through a web of shell companies in South Africa. The sanctions eventually led to the ouster of former South African President Jacob Zuma.

In 2019, Shashank Singhala, son of Atul Gupta, married Shivangi Jalan, daughter of Vishal Jalan, who is a cousin of Murari Lal Jalan.