For two months, he ate 25 to 30 sticks of sugar-free chewing gum a day with just tea, coffee or water. 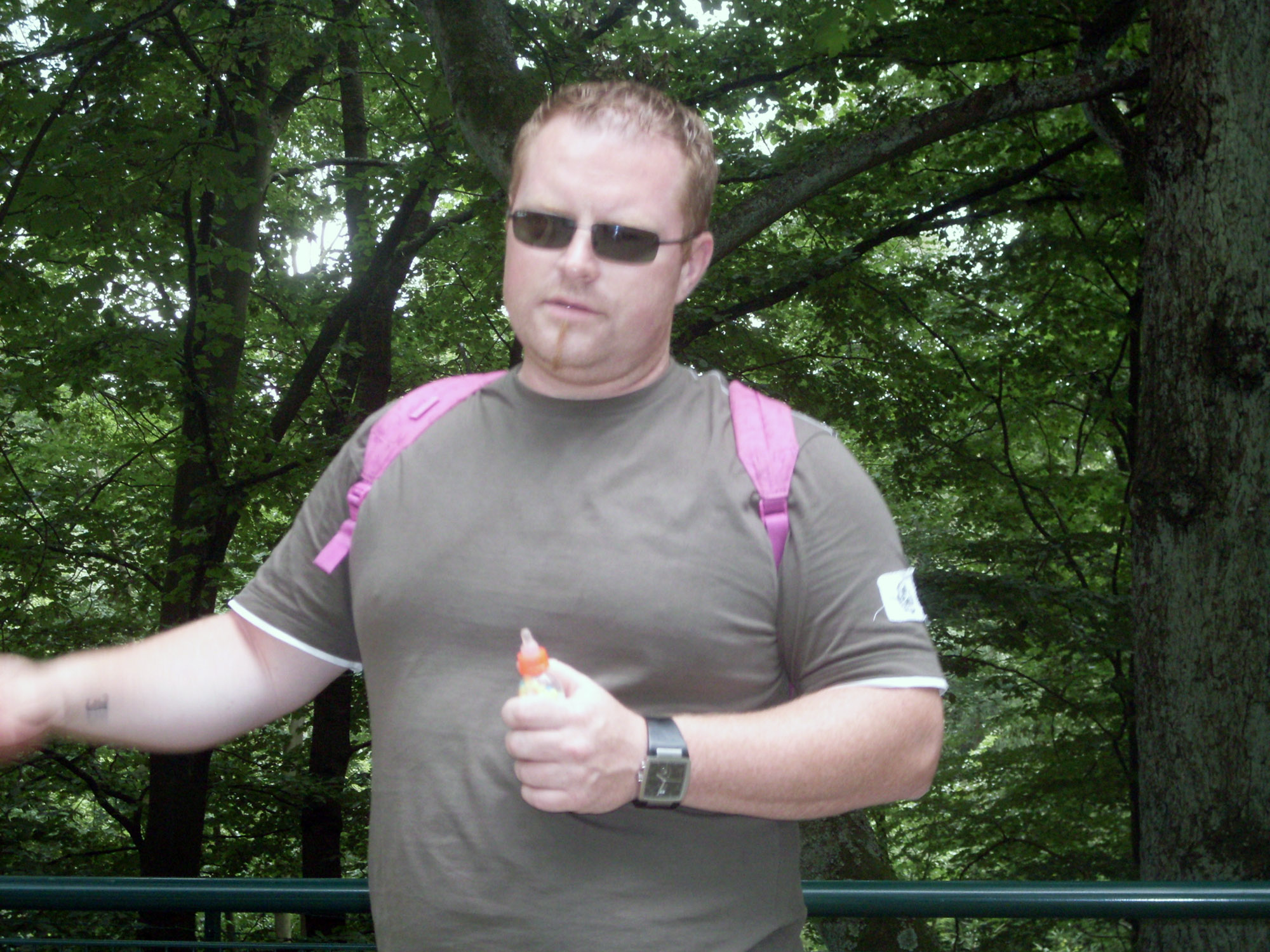 The massive weight loss left divorced father-of-one Jorg Lang, 47, with skin aprons, but he can do more with his 11-year-old son, Noel, than when he weighed at 330 pounds and could barely make it up the stairs.

Lang, who lives in Saulheim, a small town in the state of Rheinland-Pfalz, said the radical diet was a shock to his system but has given him confidence in himself.

He then recalled what prompted his weight-loss journey.

“The final straw was when the lift [elevator] failed at work, and I had to walk eight floors from the underground car park,” he said. “When I arrived at the top, I was sweating and my T-shirt was so wet that the colleagues thought I had taken a shower. That was the crucial moment for me. It was humiliating.”

That day, Lang went home and started researching how to lose weight rapidly. He settled on an extreme diet in which he essentially starved himself while doing heavy exercising.

“I didn’t eat anything for the next 60 days, only 25 to 30 sticks of sugar-free chewing gum a day with tea, coffee or water. I started exercising immediately too because I knew that I would have had a much bigger skin apron if I didn’t,” he said. “The beginning was the most difficult because there were always moments when there was a feeling of hunger. My stomach growled like crazy. I kept thinking of schnitzel and pork knuckles.”

Over the next two months, the 5-foot-8-inch man worked as hard as he could to bring his weight down by going to the gym as many as three hours a day.

“I was always in a good mood because I knew what I was doing it for: for me and also for my son. I wanted to be an example for him and show him that you can achieve everything if you only want to,” he said. “I had the will. I did it the way I imagined it. and I have proved to my son that with an iron will you can achieve everything. I’ve shown him you should try everything before you say that it is not possible.”

Lang’s “desert diet,” however, has been heavily criticized by medical professionals and dietitians who say that starvation can have long-term effects on the body.

“Rapid weight loss with a restrictive diet will lead to malnutrition even in someone who is obese,” Kirsten Jackson, consultant gastroenterology dietitian and founder of U.K.-based The Food Treatment Clinic, said. “This means that someone would become deficient in multiple nutrients, possibly leading to problems such as anaemia, osteoporosis and nerve issues.”

“People with morbid obesity can lose weight quickly in a safe environment when supervised by a registered dietitian to ensure these issues do not occur. However, they would still be taking in some nutrition unlike in this example, where there was no food at all,” she said.

Lang has responded to his critics, saying he doesn’t have any regrets and that he would do it “exactly the same way” again, but under medical supervision.

“I was a bit naive to go through with it without a doctor, but I was so determined and stable at the time that I never thought to ask,” he said. “I can’t understand all the excitement that it’s dangerous because I still drank enough, and after 60 days without food, I gradually found my way back to eating, paying close attention to my diet.”

Following his extreme fast, Lang has moderated his diet under medical supervision and now eats healthy, rounded meals with his son using a Thermomix (a blender that also cooks and stirs food at adjustable temperatures and speeds) and calorie counting. His breakfast now consists of muesli, fruit, yogurt and honey, and he generally has black bread with turkey salami and cheese later in the day.

Because his insurance wouldn’t cover removing his skin aprons, the procedure could cost him more than $70,000. He has managed to save up enough money to go abroad, where the surgery is “a third of the price but the result is the same.”

Despite shedding the pounds, Lang is still single. He hopes to find someone who can “cope with the fact that I am a single father of an 11-year-old son.”