Coast Guard Seizes 11,000 Pounds of Drugs Off Coast Of Florida 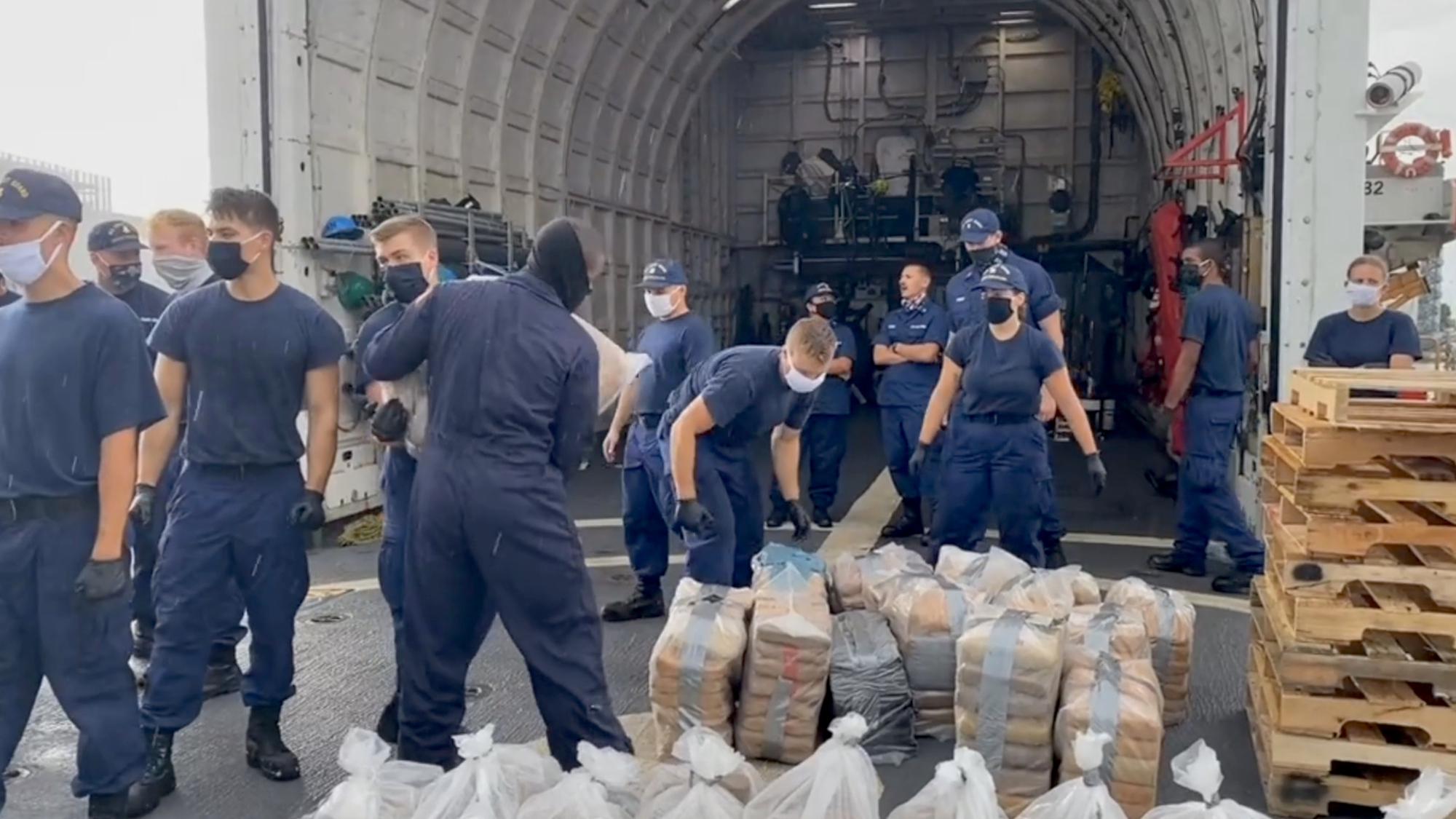 FORT LAUDERDALE, Fla.—A huge bounty of drugs has been seized by the U.S. Coast Guard during a 65-day narcotics patrol to crack down on Central and South American gang activity.

Officials were filmed offloading more than 11,000 pounds of illegal narcotics taken at sea at Fort Lauderdale, Florida’s Port Everglades on Oct. 16. In the footage, they can be seen moving a huge collection of bagged drugs around on the deck of the Coast Guard Cutter Escanaba.

“What does 3,250 pounds of cocaine, 440 pounds of liquid cocaine, and 7,700 pounds of marijuana look like?” the organization asked in its post.

The operation was part of Operation Martillo, a presidential initiative started in 2012 designed to disrupt transnational criminal organizations in Central and South America. Escabana’s crew deployed to the Eastern Pacific Ocean in August with a Helicopter Interdiction Tactical Squadron crew, which provided aerial use of force capabilities.

During the operation, the Escabana crew coordinated with a U.S. Customs and Border Protection maritime patrol aircraft crew and a U.S. Navy HH-60 helicopter crew to intercept a vessel suspected of smuggling more than 3,000 pounds of narcotics. The 100-person crew went on to interdict another five vessels and detain 15 suspected narcotics traffickers smuggling over 1,700 pounds of cocaine, almost 500 gallons of liquid cocaine and approximately 6,500 pounds of marijuana. The drugs have a total estimated street value of $58 million.

“I am extremely proud of our results on this patrol,” said Mike Nalli, Escanaba’s commanding officer. “We capitalized on the extraordinary teamwork between JIATF-S and our partner nations to make five high-quality interdictions and apply pressure to the transnational criminal organizations in the region.”

Following the operation, during which the Escabana crew also participated in training activities with the Costa Rican Coast Guard, the vessel returned to its home port in Boston, Massachusetts, where it is known as the “Pride of Boston,” last week.

Drug interdiction is one of the Coast Guard’s main responsibilities as the military branch is the nation’s first line of defense against drug smugglers bringing illegal substances into the country. Working with other agencies and countries within a six million square-mile region, the Coast Guard’s efforts to disrupt and deter the flow of illegal drugs account for more than half of all U.S. cocaine seizures of cocaine annually.