Migratory Amur Falcons Return to Roost in the Naga Hills

Hunting of these raptors have seen a sharp decline in Northeast India due to sustained conservation efforts. 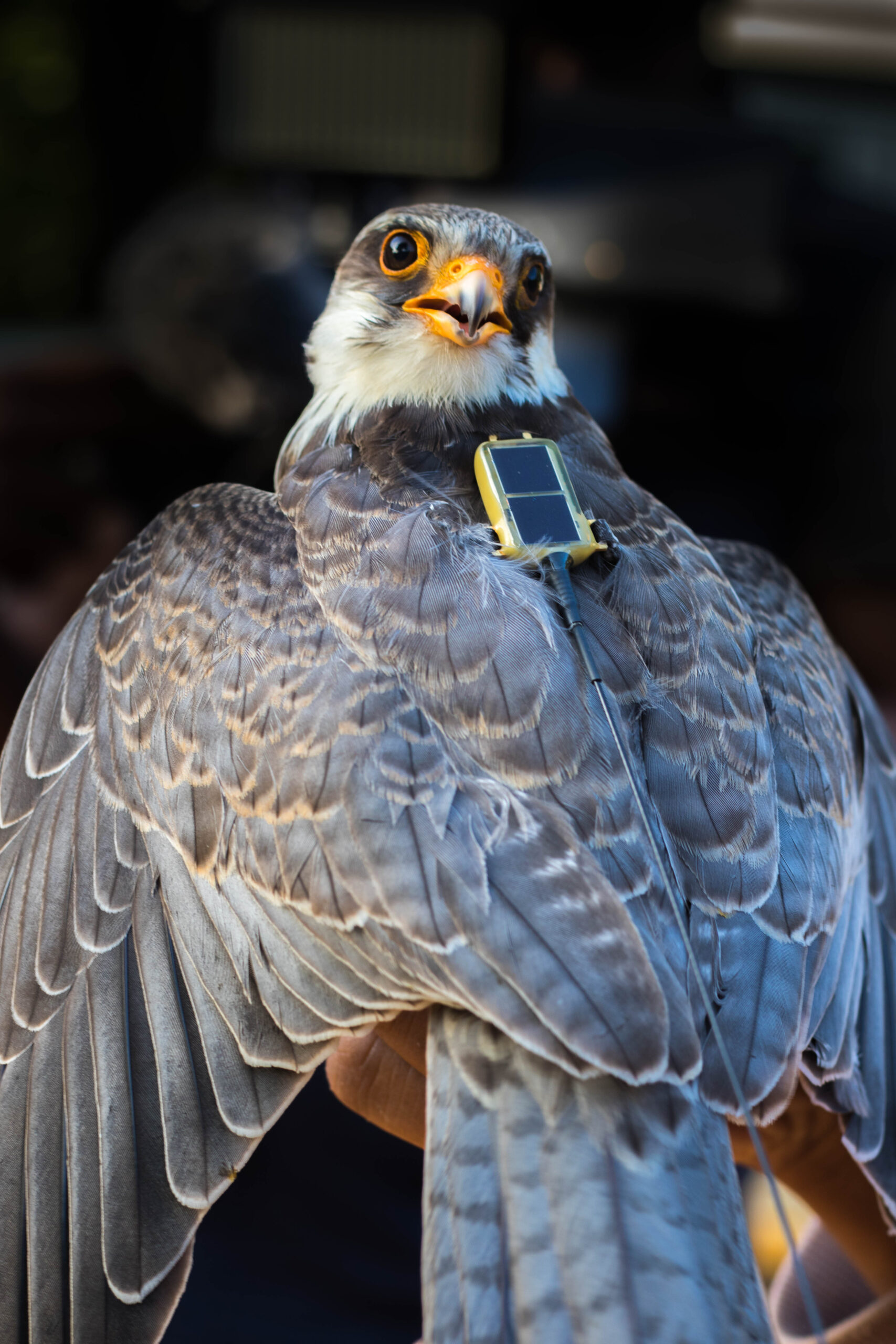 Every October, since 2016, members of a small tribe in Northeast India’s Nagaland wait for their annual guest—Longleng— an Amur Falcon named after this district on the Indo-Myanmar border.

This year they are anxious. The small satellite tag fitted on her shows she is still in China but the community has been praying for her return.

Every year hundreds of thousands of Amur Falcons, a small-sized raptor, the size of a pigeon, make the incredible transcontinental journey from their summer breeding grounds in Southeast Russia and Northeast China to their wintering abode in Southern Africa. These birds who weigh less than 200g fly over 2,000 miles non-stop over the Arabian Sea.

On the way, many of them make a pit-stop in India’s Northeast to roost mostly in the Naga Hills that span the states of Nagaland and Manipur or in parts of Arunachal Pradesh and Assam.

Longleng, who has been returning to Nagaland every year since she was first satellite-tagged in 2016, has already clocked more than 1,30,000 kilometres. If she returns this year, this would be her fourth trip.

“In September there was a community prayer. Individually, we are still praying,” said Y Nuklu Phom, a local conservationist in Longleng district who played an important role in the designation of a 10 sq. km. area as the Yaongyimchen Community Biodiversity Conservation Area in 2010. YCBCA is a haven for at least 85 species of birds and other animals.

“The community is very attached to the bird,” Phom said. “She is like our own child,” he said.

In Puching village of Manipur’s Tamenglong, there has been joy since Wednesday when Irang, an Amur Falcon named after the river that flows next to Puching, arrived after 361 days and 18020 miles of flying. Out of the five birds that were satellite-tagged with 5-gram tags, only two returned.

This attachment and affection for the birds are new for many in this part of India. For years, the local hunters would use fishing nets to trap them and sell them in the local market.

“Nobody would speak about Amur Falcons,” said R Suresh Kumar, a scientist with the Wildlife Institute of India who has been leading a project on the conservation and tracking of Amur Falcons.

The remoteness and insurgency meant Nagaland remained out of the itineraries of most bird-watchers and tourists.

“Some youngsters would hunt them,” said Poujan, in Puching village in Manipur’s Tamenglong, which is around 470 kilometres from Longleng. “It was easy money. One bird would sell for Rs 30-40 (USD 0.40-0.54) in the market,” he said.

There were small conservation efforts in pockets earlier, however, when the trapping and massacre of thousands of these birds of prey were caught on the camera in Nagaland’s Pangti in 2012, conservationists and the local government were forced into action. India is a signatory to the Convention on the Conservation of Migratory Species of Wild Animals (CMS).

CMS also wrote to the Government of India about the widespread hunting.

“The Amurs are also long-distance migratory species and it becomes the responsibility of India to ensure their safe passage,” Suresh said.

The forest departments started working with the community. Over the years, the change is visible.

In Puching, the headman has involved the local youth organization. As many as five youths from the village have the responsibility of guarding the Amurs as they roost next to the river.

The headman ordered the seizure of all air guns in the village, and he is constantly in touch with the villagers on a Whatsapp group. He has come across an attempt to hunt by the villagers of the adjoining village, something which was conveyed to the forest officials for action.

In 2018, the region faced embarrassment when a satellite-tagged bird named Manipur was hunted down near this village.

“Hunting of falcons has seen a drastic decline but one cannot say it has fully stopped,” said Kharibam Hitler Singh, the divisional Forest Officer of Tamenglong.

Most of these inhabitants of the Naga Hills are Christians and the Church happens to be the most powerful institution here.

Nehemiah Panmei, the honorary wildlife warden of Tamenglong who has been trying to stop hunting of these birds since the 1990s, said he impressed upon the pastors to include Amur Falcon conservation in their sermons.

The first three birds satellite-tagged in Nagaland’s Pangti village in Wokha district in 2013 had local names—Naga, Pangti and Wokha.

Suresh’s team got the local villagers to release the tagged birds. As information about their fascinating journey started spreading, the locals were in awe.

“We shared with them how some of these birds took the non-stop flight from Nagaland to Somalia, flying over the sea in five days and ten hours. They were stunned,” Suresh said.

In 2014, when the birds Naga and Pangti returned to Nagaland, there was a ceremony to mark it.

“All these days, they were looking at these birds only in terms of food. But now they were actually looking at them from a perspective that they are incredible, amazing, and unique,” Suresh said. “When this information was disseminated, we could gauge from the local people’s reactions that we have achieved our objective,” Suresh said.

This year he is worried about Longleng. While the bird is still transmitting a signal, it has not moved. This could mean the bird may have died. “I will wait for a few more days before reaching a conclusion,” Suresh said.

But in Longleng, the locals are planning a thanksgiving event in November. Invites have been sent out to government officials requesting them for a specific date when they would be available.

Phom said that earlier, on at least three occasions when Longleng had stopped transmitting signals, the community prayed.

“Each time, seven days after the prayer, it started transmitting a signal again,” he said.

“All the birds have not arrived yet,” Phom said as he headed to the valley to check on the Amurs who have already arrived.

“Longleng has already made history through her incredible journey and in the past, our prayers have been answered,” Phom said.