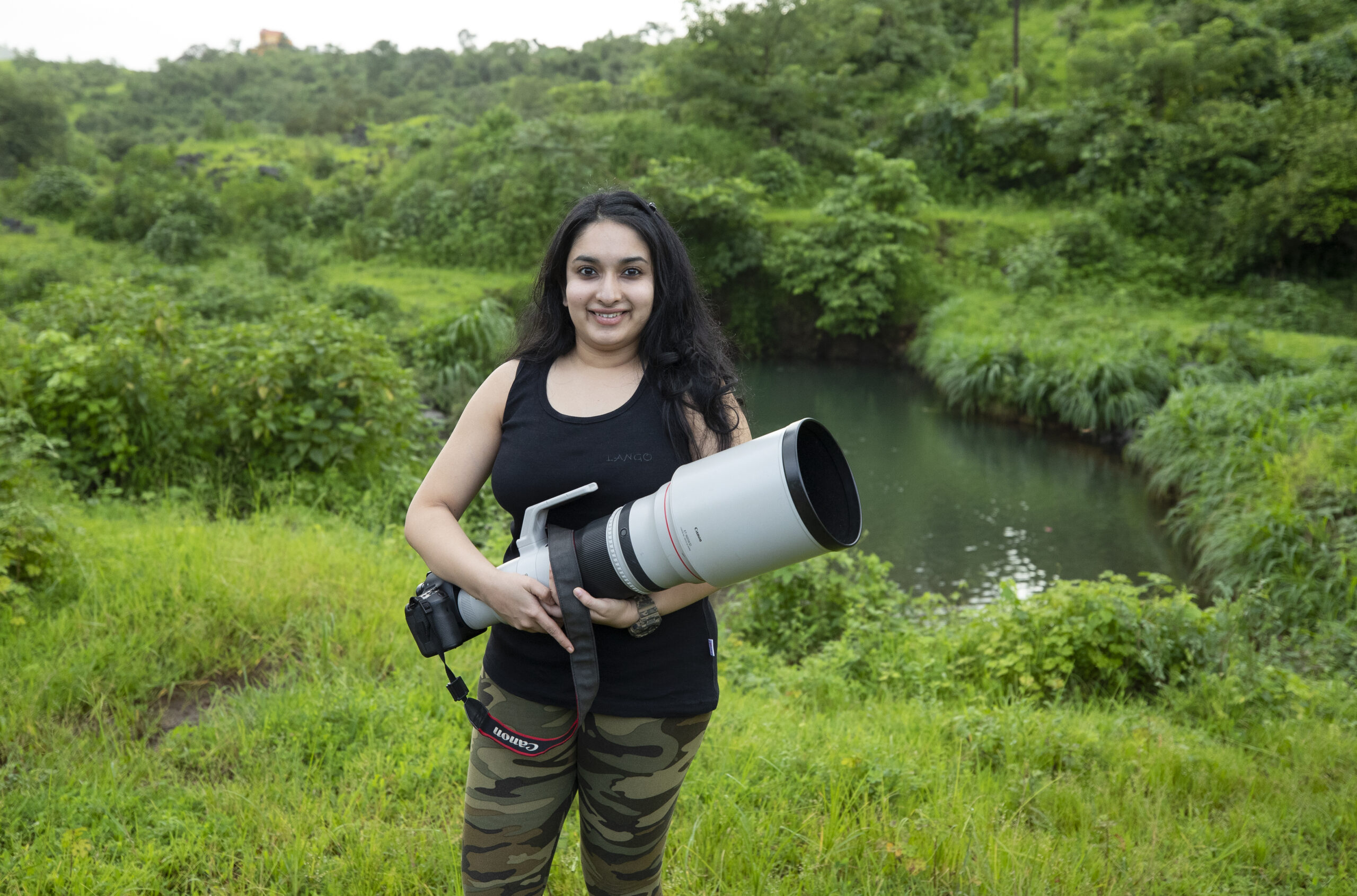 A photograph of a tree lit with the luminescence of a thousand fireflies has won Aishwarya Sridhar, 23, a young wildlife filmmaker and photographer from Panvel, Maharashtra, the prestigious Wildlife Photographer of the Year award. Sridhar’s striking image won the “Highly Commended Award” in the Behaviour-Invertebrates category, making her the first Indian woman to bring home this award.

“It’s a beautiful amalgamation of fireflies — the ‘stars’ on earth — with the actual stars in the sky,” said Sridhar about her photograph. “I found a tree with so many fireflies that it looked like it was decorated with Diwali (the Indian festival of lights) lights. Then I looked up and saw the sky blanketed with stars. My photo is my attempt to juxtapose the two stunning sights. I timed my trip with the waning moon’s schedule so that the light would be perfect.”

The shot was taken in Bhandardara, Maharashtra. Sridhar had there gone on a trekking trip when she chanced upon this wonderful sight. The award-winning photograph captures a one-of-a-kind phenomenon seen in India for about two weeks in a year. Out of 2000 species of fireflies worldwide, only 1 percent of male fireflies synchronize their neon-green bioluminescent flashes to attract females for mating.

“People concentrate around larger mammals and birds when capturing wildlife photographs; the tiny creatures are often forgotten. I want to highlight their beauty and role in our ecosystem” says Sridhar.

This is not the first award that Sridhar has received. She won the Sanctuary Asia Young Naturalist award when she was just 14, and in 2019, she received the Princess Diana Award, for young, talented individuals who bring in positive change in society.

On her 11th birthday, Sridhar’s father gifted her a camera and that’s when her journey in wildlife photography started.

“Since then, I have been using images and videos to inspire conservation efforts. I firmly believe in the power of visual storytelling,” said Sridhar. “What we see influences us, so I hope my images and films motivate people to take action to protect our planet.”

Sridhar’s passion for conservation even had her toying with the idea of joining the Indian Forest Service. However, photography won hands down when she realized how impactful the visual medium is.

Sridhar also works as a filmmaker and her first documentary, “Panje—The Last Wetland,” focused on preserving the wetlands of Panje in Navi Mumbai, was telecast on national television.

Photography and filmmaking continue to be male-dominated fields all over the world and Sridhar agrees that filmmaking can be more challenging for a woman.

“I did approach some filmmakers to guide me in the art of wildlife filmmaking, but I received no response from them, so, I learnt the ropes without a mentor,” said Sridhar. “There’s also a mindset that ‘outdoorsy’ jobs are ‘unladylike,’ so many girls don’t have the courage to tread a different path. Financial constraints and the lack of support from families or spouses don’t help either.”

However, even with these constraints, like Sridhar, there are some stellar women photographers and filmmakers in India who have been blazing a trail for others.

“Support from family and colleagues will go a long way in making it easier for women photographers to work,” said Latika Nath, conservation ecologist, photographer, and one of the first Indian scientists to work on tigers. “Women are generally viewed as more sensitive, emotional, and physically vulnerable, and sometimes obstacles in fields like conflict, wildlife, and photojournalism. However, when it comes to dealing with children, victims, or subjects that require a sensitive, non-threatening presence, women have an edge.”

Ashwika Kapur is an international award-winning wildlife and natural history filmmaker. In 2014, she became the first Indian woman to win the Green Oscar in a global category.

“When I began my career, it was somewhat of an uphill climb because, as a young Indian girl, running around jungles, following wild animals with a camera, wasn’t exactly the definition of a real, stable, secure job,” said Kapur. “Perhaps that’s why the industry is still very male-dominated but that’s changing.”

She says that she was lucky that her parents bravely supported her difficult career choice.

“As my father once succinctly put it – they simply didn’t come in the way of my choice. They allowed me the freedom to try to pursue what I wanted to.”

Kapur says that she has observed an increase in the number of young women braving their way into the photography and filmmaking industry over the last five years. She agrees that while this is an unconventional career choice, with greater numbers of women coming into this creative field, will encourage others to take it up.