Indian Conservationist Lauded for Giving Lease of Life to Vultures 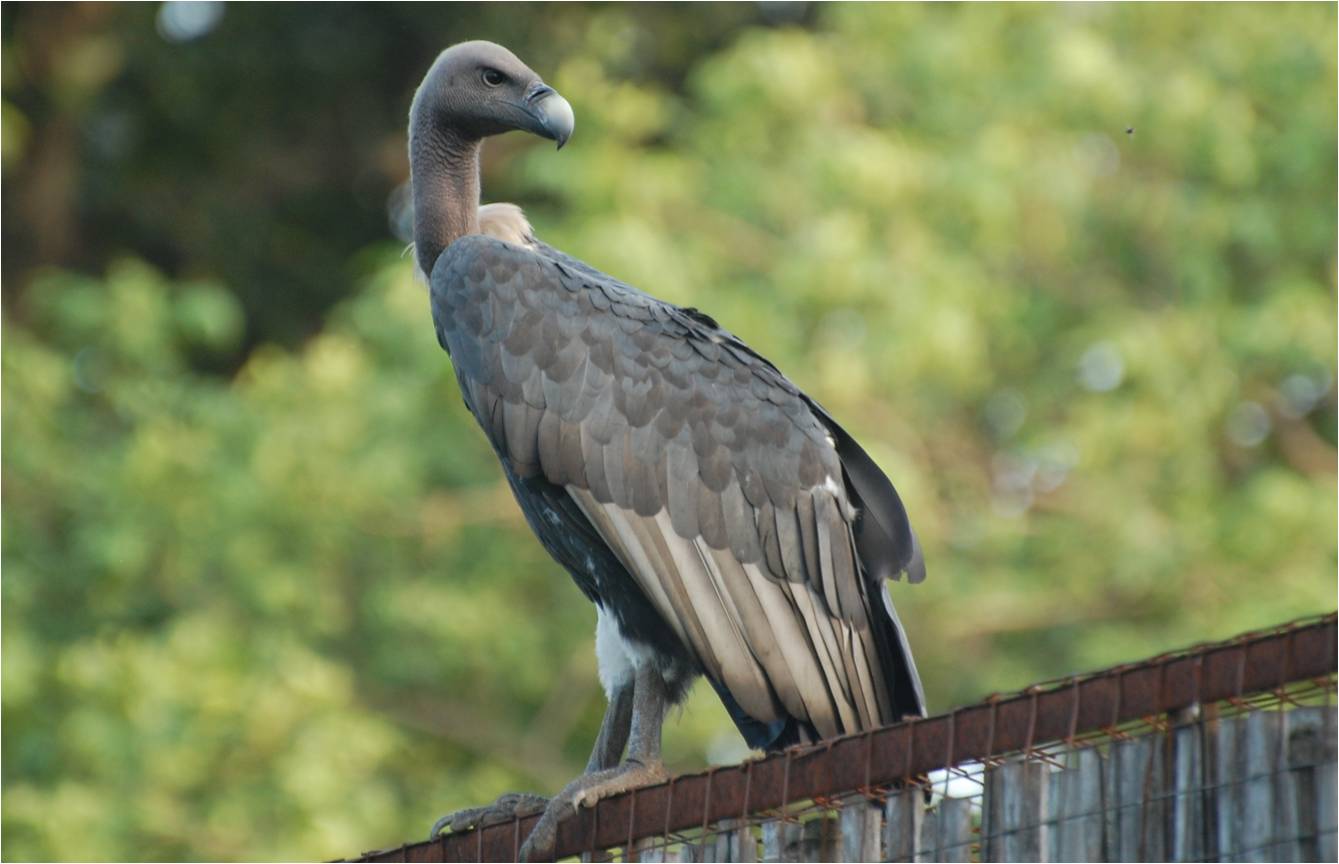 An Indian Adult White-backed vulture in the wild. Courtesy of Vibhu Prakash/BHNS

Indian conservationist Ram Jakati has been honored by Britain’s largest nature conservation charity, the Royal Society for the Protection of Birds (RSPB) for his work in saving endangered Indian vultures. He was recently given the Medal for Outstanding Contribution to Nature Conservation by the body.

Jakati, a former chief wildlife warden for the Forest Department in the state of Haryana, was lauded for his efforts in bringing vultures back from the brink of extinction after their population declined by 99.9%.

The veterinary drug diclofenac, used to alleviate ailments in cattle, was killing vultures when they fed on carcasses that had consumed the substance when alive. The birds would lose their ability to reproduce and die of renal failure.

“Vultures were very common in India, and we had an estimated 40 million birds in the early 80s,” said Vibhu Prakash, director of the non-profit Bombay Natural History Society (BHNS), that worked in collaboration with the government of Haryana on the Saving Asia’s Vultures from Extinction (SAVE) project. “By the mid-90s we had lost 90 percent of the population, and in 2007, we lost 99 percent.”

The sharp decline was noticed first in 1997 when the BHNS alerted government authorities of the steep mortality rate in adult vultures from unnatural reasons. Three species of critically endangered vultures were identified: the Oriental white-backed (Gyps bengalensis); Long-billed (Gyps indicus); and the Slender-billed (Gyps tenuirostris).

“Vultures are very important in keeping the balance in the ecosystem of a forest and the rural areas,” said Jakati. “Whenever an animal dies, there are other scavengers, but vultures will efficiently clean the carcass to the bone.”

“The birds never kill but only feast on dead flesh and they do it very efficiently,” he said dispelling notions of their status as a bad omen in Indian superstition.

The Jatayu Conservation Breeding Centre in Pinjore, Haryana (JCBC) was founded in the first week of September 2001, merely two weeks after seeking permission from the government. The BHNS and the state government jointly established Asia’s first and the largest center in the country to conserve the species through captive breeding.

For the first two years of operations, it was only a vulture care center to treat rescued scavengers from other states across the country. The objectives of the program eventually extended to establish a founder population of 25 pairs of each of the endangered species. A secondary aim was to increase the population of the birds, enough to start releasing them into the wild.

“Vultures are scheduled under the Wildlife Protection Act 1972 just like tigers and other wildlife,” said Prakash. “You cannot touch them or collect their feathers, let alone catch them.”

The intended research project had to overcome a significant amount of permissions and bureaucracy so the scientists could conduct their operations without interference.

“Jakati helped us out a lot with most of the boring work,” added Prakash.

In 2003, Jakati and the BNHS petitioned the Government of India to stop diclofenac for veterinary use, which eventually led to its ban in 2006. In July 2015, its sale for human consumption was finally regulated allowing its use as a single-dose injection only.

Unfortunately, the sale of drugs such as aceclofenac, which is equally toxic if not more, to vultures, continues to be sold. However, there are ongoing efforts to regulate the substance as well.

The JCBC not only aided in the conservation of vultures. It also marked the first time a state government worked in conjunction with a non-profit for wildlife conservation. It was also the beginning of the Indian government inviting bids from NGOs for conservation work.

It has led to various other breeding centers across the country such as Rani in Guwahati (Assam), Buxa in West Bengal, and Bhopal in Madhya Pradesh. Four more centers, which are only dedicated to vulture protection, are at Junagarh in Gujarat, Nandankanan in Orissa, Hyderabad in Telangana and Muta in Ranchi.

“Recognition for hard work by individuals and organizations is always welcome,” said Stalin Dayanand, a conservationist based in Mumbai, working with the environmental NGO Vanashakti. “It is the least one can do as a token of appreciation. This will encourage the foot soldiers who toil tirelessly for conservation.”

Currently, the effort started by BHNS, and helmed by Jakati, has resulted in 700 captive bred vultures. Last year, eight were released into the wild with satellite tags. Should they survive a year without unnatural casualties, Prakash plans to release 20 to 40 birds every year.

Chris Parish, director of The Peregrine Fund, USA, visited the JCBC in 2006. A member of the SAVE’s technical advisory committee, Parish has replicated the model set by Jakati and Prakash to reinvigorate the population of the California Condor, the largest bird in North America.