Aubrey Glencamp’s wife found the lump. He went to the doctor the same week. 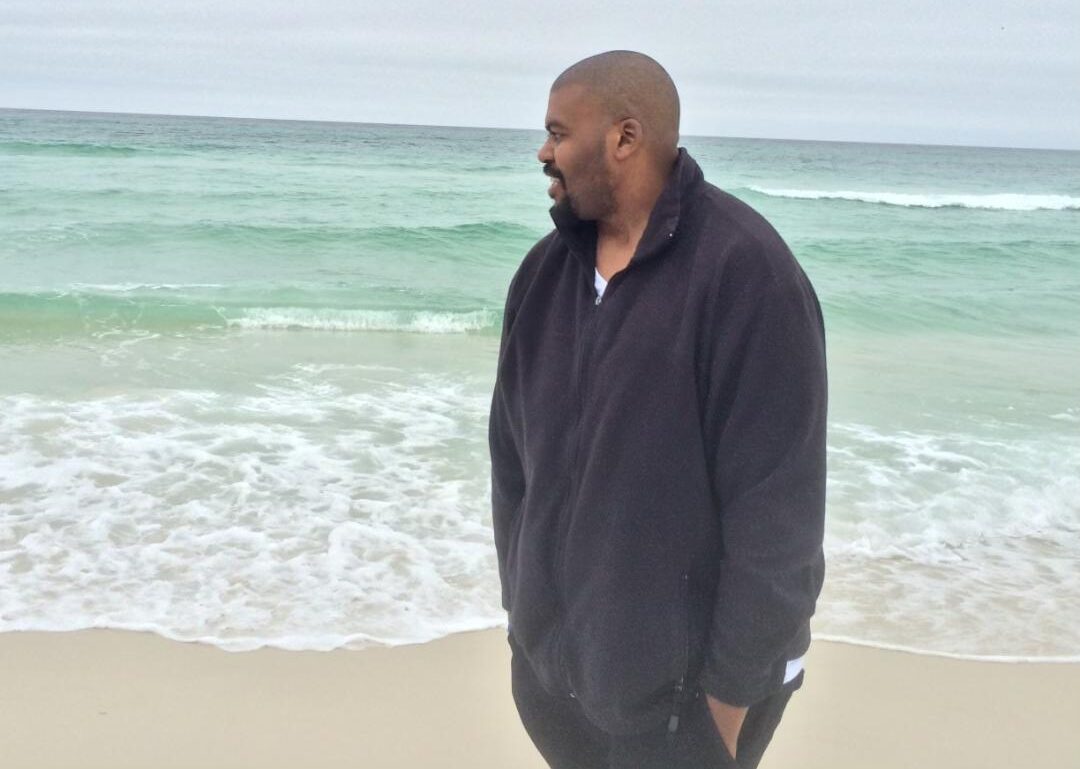 After a rare diagnosis, Aubrey Glencamp began the fight of his life — and won.

October is dedicated to breast-cancer awareness. Pink symbolizes Breast Cancer Awareness Month. This potentially deadly form of cancer claims more than 42,000 lives a year. Usually detected in women, there are rare cases when the disease is discovered in men.

Aubrey Glencamp is one of them.

According to research, only 1 in every 833 men are diagnosed with breast cancer. After a double mastectomy and chemo in 2016, Glencamp, who was diagnosed at 33, is now cancer-free. He credits early detection as the key to beating the disease.

(In fact, mammograms are one of the best forms of prevention and early detection of breast cancer. One in eight women will be diagnosed with breast cancer in their lifetimes.)

Glencamp, who lives in Northern Florida, hopes his experience serves as a reminder that no one is exempt from breast cancer. He encourages other men to share their story, rather than suffer in silence. Helping to remove the stigma that breast cancer is a “woman’s disease,” is a part of his mission.

His story is one of inspiration and determination — he even had a miracle baby along the way.

Zenger: How are you doing today?

Aubrey Glencamp: I’m feeling fine. I’m still taking the medication Tamoxifen. I have some side effects, usually weight gain. I’m not having the hot flashes I first had. Next year, I should be done it.

Zenger: Has Covid affected your recovery?

Glencamp: No! Since I’m four years out, it hasn’t really affected it, but at the same time, I’m still careful and try not to congregate because I’m at high risk.

Zenger: In 2016, your wife actually discovered the lump in your chest. You were dieting and working out a lot, so at first you were not concerned because you thought it was some sort of fatty tissue. When did it become real and how?

Glencamp: In February 2016, I was laying a certain way and she happened to touch that exact spot. “What is this bump on your chest?” she asked. I had no idea. It didn’t even register to me. I went to the doctor that same week and got checked. Even my doctor was thinking it was fatty tissue. We weren’t thinking breast cancer. He didn’t think it was anything to really worry about and told me to continue living my life.

I was getting ready to do a Fitness Bootcamp at the time. He said: “Continue to do what you’re doing. Don’t worry about it.” Probably four weeks later, I went for my first appointment, which happened to be a mammogram.

Zenger: Aside from the lump that your wife discovered, you didn’t feel sick or any other symptoms, correct?

Glencamp: No. I had no other symptoms. Some guys will get some kind of blood or discharge, or inverted nipple. I didn’t have anything like that. At that time, I didn’t even feel it.

Zenger: After you were diagnosed and did your research, I’m sure you discovered that a male being diagnosed with breast cancer was super-rare.

Glencamp: It’s pretty rare. As far as percentages are concerned, it’s a 1% net, depending on where you do your research.

Zenger: What was the most difficult part of your cancer ordeal?

Glencamp: It may have been just getting over the stigma. Here you are as a male being diagnosed with breast cancer. And there wasn’t a lot of information out there. So, prior to me being connected with The Men’s Breast Cancer Coalition, I had no idea of any male that had breast cancer, other than Richard Roundtree. (Roundtree is the actor who played private eye John Shaft in the 1971 film “Shaft.”)

Even in my family, no one had breast cancer. I didn’t have any reference as to what to expect. And most things were geared toward women.

Zenger: Were you able to maintain some of your normal way of living?

Glencamp: It definitely changed. Prior to that, I was doing half-marathons, Spartan Races, 5K’s, 10K’s, you name it. Even leading up to my surgeries, I had a race every weekend, because I didn’t know when I was going to be able to race again. Once surgery happened, I actually had a double mastectomy. I had both removed just in case. And my levels went down. My bones were a lot sorer. Just going through chemo and trying to get back in that lifestyle. I haven’t been as active as I was prior to the diagnosis. That part of my life has changed.

Zenger: And there was a fear that you wouldn’t be able to produce children.

Glencamp: Yeah! They said once you start chemo, there’s no telling if chemo is going to make you sterile or what chemo is going to do to you. They were trying to get us to go to a fertility clinic, but by the time we got work figured out and made all the doctor’s appointments, I just never got a chance to go. And then God blessed us two days before my surgery with the news that my wife was pregnant. My daughter is definitely our miracle baby.

Zenger: Does she know that she is a miracle baby and why?

Glencamp: She’s only three, so it’s still early. She sees the scars, but as far as me having cancer, she has no idea.

Zenger: What does it mean to you to be a survivor?

Glencamp: It means a lot. The reason why I share my story is because I wanted other men to know that it was OK, that there are other guys out there supporting them. I’m working on a blog to let them know what to expect — and that there is life afterwards. You always have that thought that something could come back. I was Stage 2 HER2 positive, so it was aggressive, and by the time I had surgery, it had reached my lymph nodes. So, I’m constantly worried if something may come back, but while I’m here, I definitely want to share my story and hopefully save a life or two for somebody that may not have checked. They may start checking and be able to find something through early detection.

Zenger: I also read you mentioned not realizing what women went through in terms of how uncomfortable a mammogram is. I’m sure that was a teachable moment, as well.

Glencamp: It’s not a fun process. Now when I go for check-ups, it’s more of the physical feeling around trying to make sure there are no bumps. That process was definitely different and just going through that procedure shed the light on what women have to go through, and that pressure and how uncomfortable it can be.

Zenger: What advice would you give anyone diagnosed with breast cancer?

Glencamp: Have faith and a great support system around you. The biggest thing for me and something I have always shared was, don’t treat us any different. If someone is going through cancer, don’t cry around me. I’m going through this, if I’m smiling and putting on a brave face, then I want you to, as well.

What you do in private is completely up to you, but while I’m smiling and joking, I want you to do the same thing or stay away from me (laughing). I would say, just have a positive outlook. Know that you can, while you’re here, do the best that you can to enjoy life to its fullest.

Zenger: You are a true inspiration, brother. Always stay in the fight, and I appreciate you sharing your story with me.

Glencamp: Thank you. I appreciate it.