Pride of Baltimore is looking to win via knockout for the 15th fight in a row. 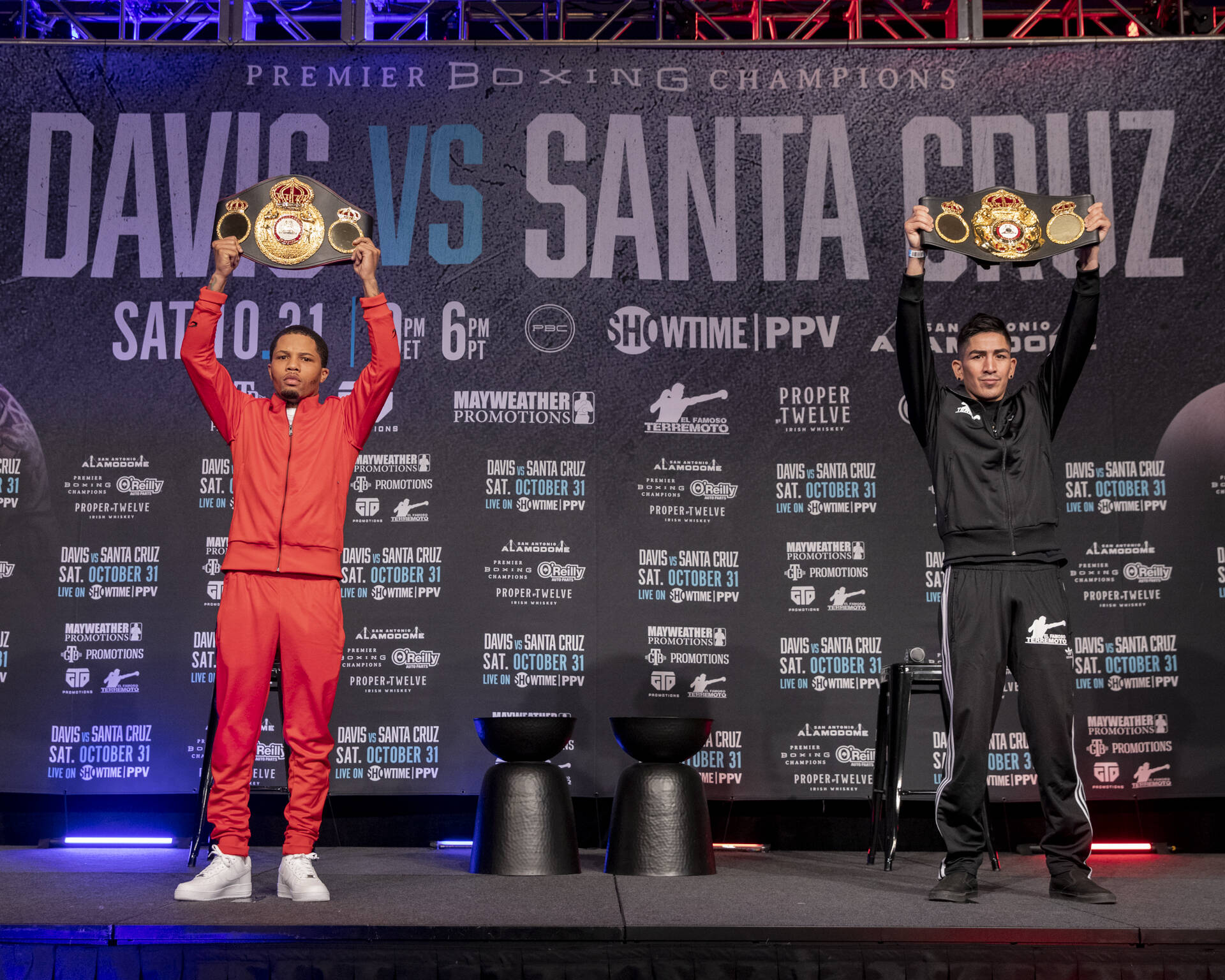 In 23 fights, Gervonta Davis has 23 wins and 22 knockouts, deservedly earning the moniker of “Tank”. In fact, the last time one of Davis’ opponents saw the final bell was in October 2014. The only decision of Davis’ career came in his ninth bout, when he defeated 79-fight veteran German Meraz. Davis’ other 22 opponents weren’t so lucky.

“Speed is power” is an old boxing adage, and “Tank” possesses both in his hands. The southpaw from Baltimore, Maryland will grace the biggest stage of his career on Halloween night to face Leo Santa Cruz. Headlining his first pay-per-view, Davis has been called “must-see TV” by many A-list celebrities and boxing pundits alike.

Davis has been under the watchful eye of boxing legend and self-proclaimed “TBE”—The Best Ever—Floyd Mayweather Jr., who also serves as his promoter under Mayweather Promotions. Davis is one of the promotion’s brightest stars, and on Saturday night, he has an opportunity to become one of the sport’s brightest stars as well.

Davis and Santa Cruz will be clashing for the World Boxing Association’s super featherweight title and lightweight title. The bout takes place Oct. 31 on Showtime PPV.

Zenger: I’m sure you are all interviewed out, so I won’t keep you long. How are you doing?

Zenger: I’m doing great as well. How important was it for you to have fans at this fight?

Gervonta Davis: It means a lot now, but if I had to do it [without fans], so be it. We had to adapt to whatever comes with the sport. We’re professionals. I was prepared to fight with no fans, but as far as us having fans there now, I’m excited. I’m grateful to be in this position and I’ll be ready.

Gervonta Davis: Definitely both! I want to see them come out and show support to Leo and also me. Even if they are all cheering for Leo, I’m grateful for that. I’m excited to go out there and put on a great performance for his fans and my fans — the ones that show up and the ones watching on pay-per-view. I’m just happy to be in this position.

Zenger: It’s a testament to your maturation as a person and as a fighter, but you came out of the seclusion of Baltimore to train in Vegas. However, you also have “All Access” cameras following you along with all the COVID testing protocols. You seem to be handling it well. What has it been like for you?

Gervonta Davis: I had to adjust quickly. I’m the type of guy that adapts to what comes with my responsibilities. And this is what comes with it. I asked for it, I prayed for it and it’s just me growing up and handling the task that I have in front of me. Come Saturday night we gotta get a job done, so we’re not quite there yet.

Zenger: Did you focus on one fight in particular when studying Leo or just an accumulation of his body of work?

Gervonta Davis: I watched a few quick fights, but it wasn’t like I watched a whole fight or watched one particular fight. It was just here and there; I would watch it.

Zenger: I hear more and more fighters say that. Do you not watch a lot of film, so you don’t get your mind wrapped around them doing one thing and they come out and do another?

Gervonta Davis: No! It’s just me not going out there and worrying about what he got going on and focusing on what I got going on.

Zenger: I think you are very underrated regarding at the angles at which you throw your punches. Some of your uppercuts come from a very strange angle when you land [them]. Not to give away the plan, but are you expecting those odd angles to make Leo hesitant to throw so much volume?

Gervonta Davis: Leo comes with a lot of punches, so I’m going to have to go out there and throw at all angles. That’s what my main goal is, is to go out there and do whatever I can possibly do to win and look good while I’m doing it. I don’t mean look good as in pretty, but as far as being explosive, being fast and strong. Whatever punch I have to throw, I’m throwing it.

Zenger: When the Abner Mares fight fell through, and I know you have had other fights since, but in terms of a step-up fight, did Leo Santa Cruz make the most sense to you?

Gervonta Davis: Yeah, I think so because Leo is a four-time world-champion. His resume speaks for itself. So, me fighting someone who is destined to be great like Leo is attempting to be is best for me to fight them type of guys.

Zenger: How has being around Floyd Mayweather the past few months changed your perspective or your approach to the sport if at all?

Gervonta Davis: It just pushed me harder to become a multiple-time champion. It also humbled me. It shows me that I haven’t done nothing yet. I am a three-time world champion, but there is more I need to do to become that superstar. That’s basically what I took away from being around Floyd.

Zenger: Any fans watching Gervonta “Tank” Davis for the first time or any fan trying to familiarize themselves with you, what can they expect on Saturday night?

Gervonta Davis: Just an explosive fight. A fight that you can’t walk away from. You can’t leave your seat during my fights to go get popcorn, use the bathroom or anything like that. Just make sure your eyes are glued to the TV; or if you’re there live, don’t take your eyes off of the ring. Come Saturday night it’s going to be a hell of a fight.