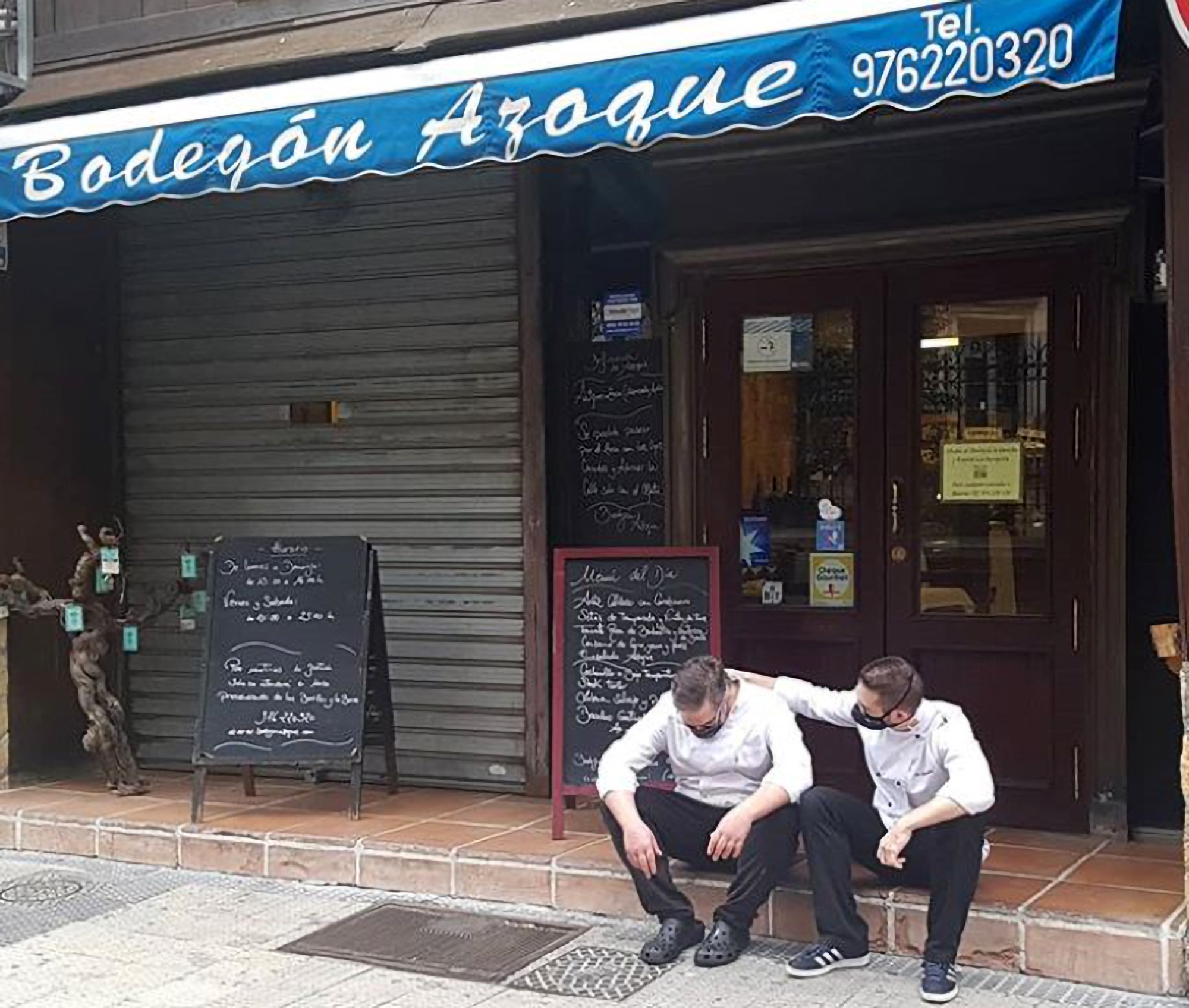 Two Spanish restaurant owners comfort each other in Zargoza, Spain after their business was forced to close a second time, due to New Covid measures.

ZARAGOZA, Spain—Two Spanish restaurant owners comforted each other after their business was forced to close a second time, due to new Covid-19 measures.

A viral image of the business partners, Jose Fontanellas and Ivan Trasobares, outside their establishment on Oct. 27 symbolizes the difficulties faced by bars, restaurants and other small businesses during the pandemic.

“It represents what is happening all around, in businesses, in greengrocers, in freelance work, it is the moment of falling apart,” Fontanellas said of the shot.

El Bodegon Azoque, located in Zaragoza, in the region of Aragon, was forced to close for the second time this year on Monday, due to the latest regional restrictions.

The president of the regional government Javier Lamban announced the measures to prevent the spread of coronavirus during a second wave. They include bars and restaurants having to close if they do not have an outside terrace, as consumption is banned inside. Terraces are only allowed 50% capacity.

As El Bodegon Azoque does not have a terrace, it was forced to close.

“We are certain that bars and restaurants are not the problem,” Fontanellas said.  “We only want them to allow us to work, to remain open.”

Since the photo of the two partners went viral, the pair said they have been contacted by other business owners in a similar situation.

The restaurant’s clientele was predominantly an exclusive group of bankers, businessmen and politicians working in the city center. That means the owners have been unable to introduce the takeaway services other businesses have to stay afloat.

“This was our business, closing it means a lot. We have some savings left, but it is running out, and we still have to pay for water, gas, electricity, taxes,” said Fontanellas.

He is concerned the authorities can repeat the measure time and again.

“We come from modest families, and we only want to work,” he said.

The restaurant reopened in June after the first lockdown and used to employ 15 people, now laid off. Before being forced to close again, they had one waiter working with them.

The Aragon authorities have also ordered all bars and restaurants to close at 10 p.m., a cultural shift as Spanish families usually dine together at around 9 p.m.

Spain has registered 1,116,738 cases of Covid-19 and 35,298 related deaths, according to the latest figures from the Johns Hopkins Coronavirus Resource Center.