Outrage Over Crowded Train During First Day Of Catalonia’s Lockdown 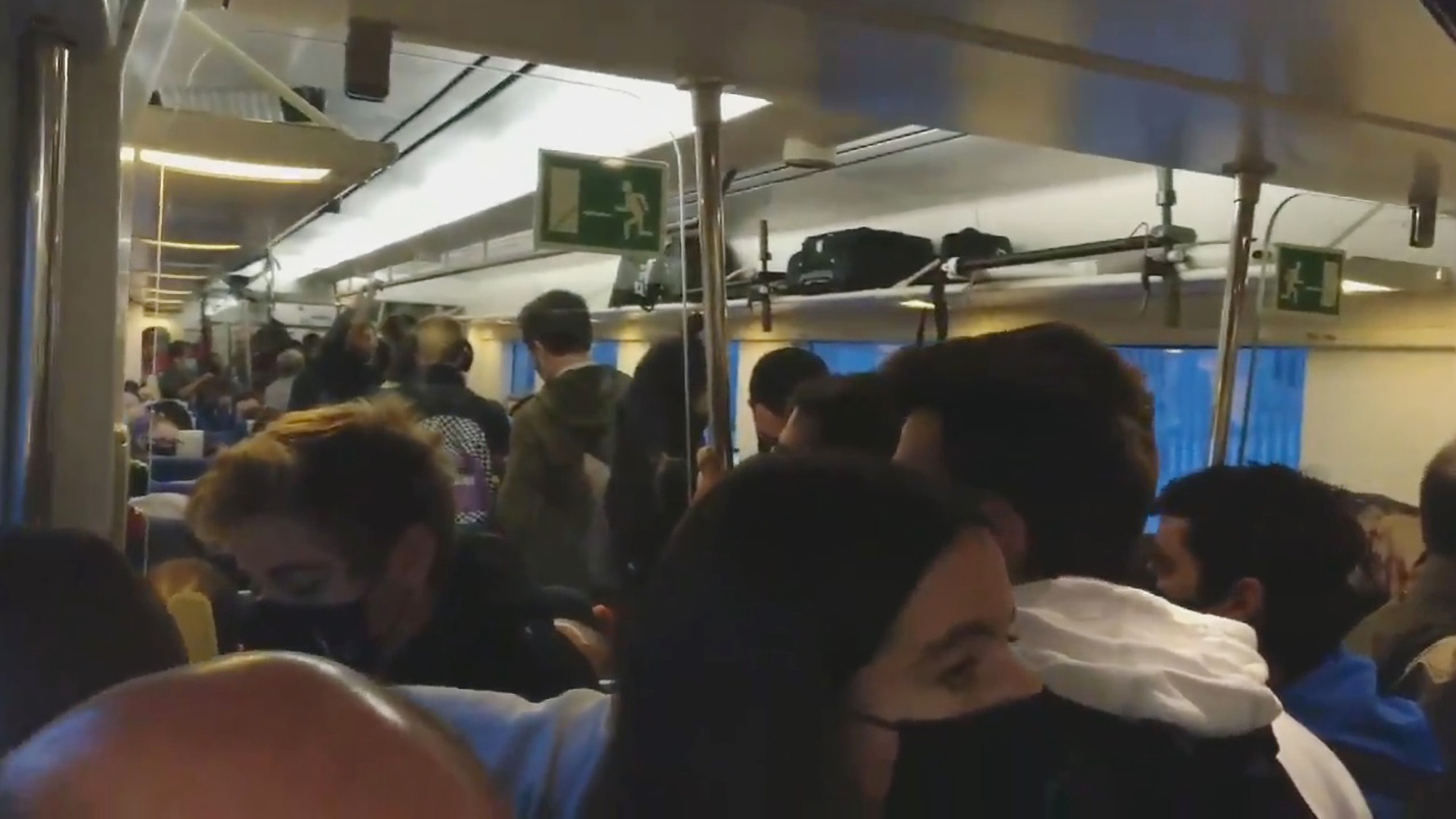 Despite restrictions, a crowded commuter train in Spain averts. (@iria_diazont/Newsflash)

CATALONIA, Spain—Despite restrictions amid a new Covid-19 surge in Spain, video captured a crowded commuter train in the middle of rush hour in Catalonia, during which social distancing was not enforced.

The Spanish government issued a mandatory curfew between 11:00 p.m. and 6:00 a.m. on Oct. 25, as well as other restrictions, hoping to reduce coronavirus infections.

A day later, a controversial video was recorded by social media user Iria Diaz Ontivero on one of the trains of the Renfe transport company, in the outskirts of Barcelona.

This scene was said to have occurred, due to problems at the Sants station, which connects Barcelona with other Catalonia regions. There were delays of up to 30 minutes.

While trains are still running, though with caveats, Catalan authorities announced that bars and restaurants — save for those supplying takeaway service — would be closed for 15 days, starting Oct. 15. That edict has caused many restaurants and bars, which can’t accommodate the restriction orders, including only serving outside, to close, leaving many families economically stricken.

Spain has registered 1,116,738 cases of Covid-19 and 35,298 related deaths, according to the latest figures from the Johns Hopkins Coronavirus Resource Center.