Wildlife officials first thought the animal was in distress — but soon realized it just wanted dinner. 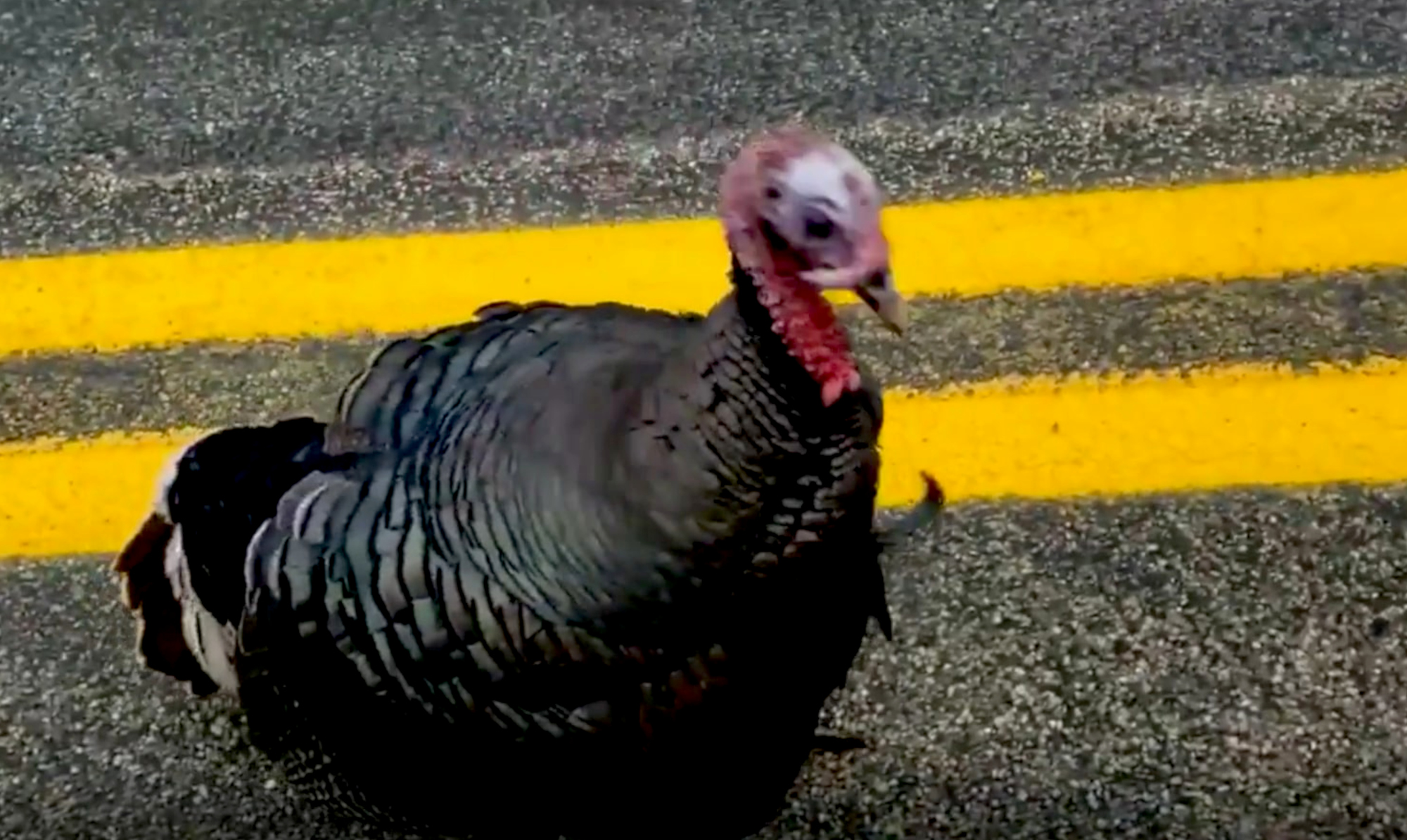 A turkey followed a wildlife officer clearing debris by the Cameron Peak Fire in Rustic, Colo.

RUSTIC, Colorado—Officials are warning against feeding wild animals after a turkey that escaped Colorado’s biggest wildfire displayed some “not natural” behavior.

The Colorado Park Wildlife’s Northeast Region shared a series of videos on social media on Oct. 26, which shows a turkey following a wildlife officer clearing debris  behind by the Cameron Peak Fire in the town of Rustic. The bird, which officials believe got away from the fire unscathed, approaches the officer and pecks at his vehicle several times while begging for food.

“It first appeared to be a bird in distress from the fire, but as time when on that opinion changed,” Colorado Park Wildlife said. “The turkey was in really good body condition — made it through the fire fortunately. What became obvious was that it is a domesticated bird being fed by people. This is not natural behavior.”

The organization went on to explain the dangers of feeding wildlife or letting animals become too reliant on people for food.

“What can happen when you feed wildlife is the animals can become demanding. The next person to come across this turkey could be met with aggression and injured by it if it is expecting you to feed it,” it said.

Cameron Peak Fire was first reported on Aug. 13 and has since grown to an inferno that has destroyed more than 208,000 acres of land. As of Oct. 27, it was 64% contained, and firefighters expect to have it fully contained by Nov. 8. The wildfire is the largest ever recorded in the state, with the East Troublesome Fire following at over 192,000 acres burned.

The fire was slowed significantly over the weekend when a winter storm covered its western portion with 15 to 20 inches of snow. The snowfall greatly stunted the fire’s growth, but officials fear it was not enough to extinguish the blaze.

The snow and low temperatures presented dangerous weather conditions for firefighters, who have been forced to pause their fire suppression activity until conditions get better. For now, they are focused on improving containment lines, preparing and protecting structures and surveying the area.

Crews in Colorado are additionally battling four other wildfires, which have destroyed an estimated 46,000 acres combined.