Century-old coral may reveal how species can survive climate change. 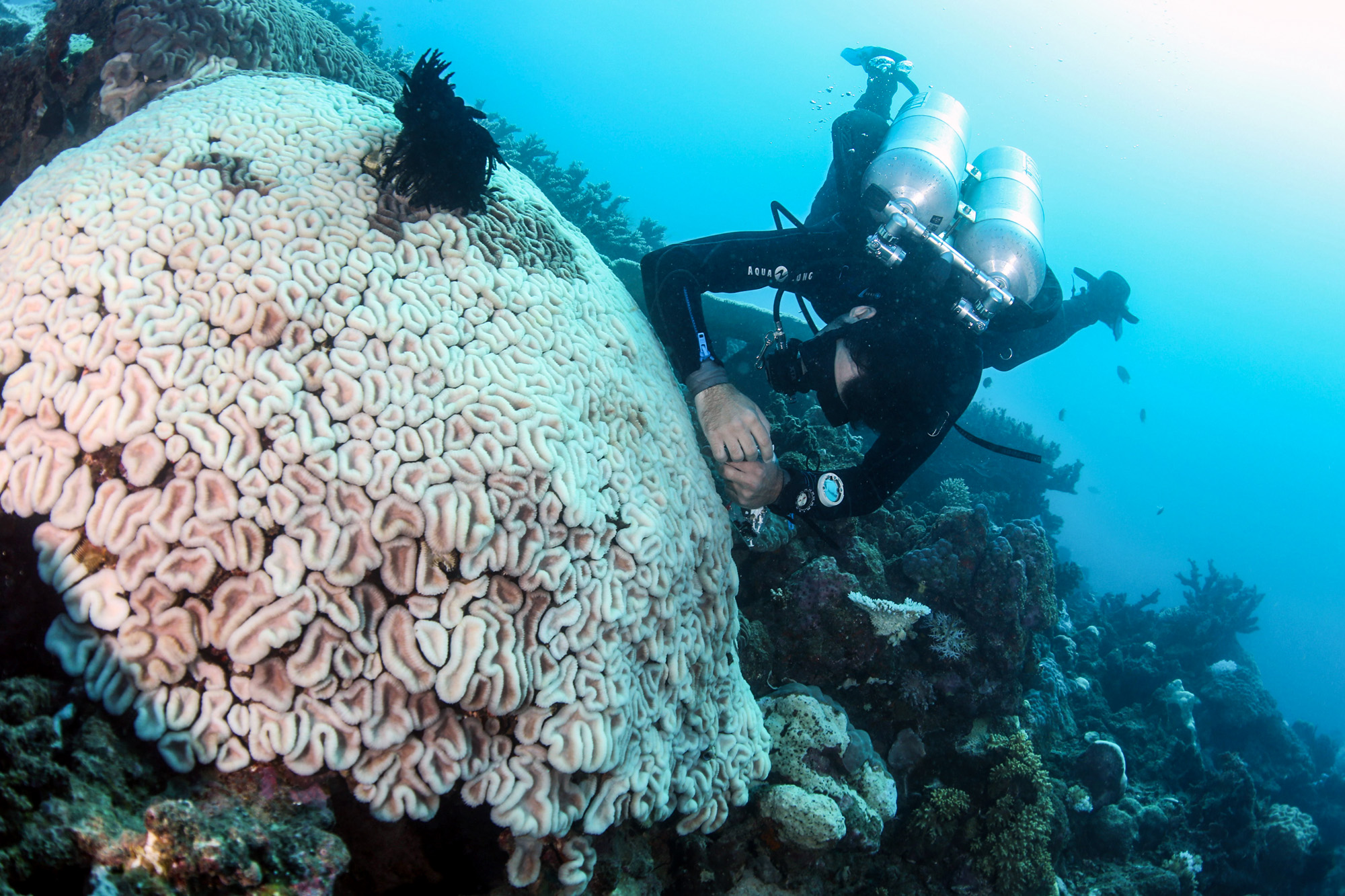 VIENNA, Austria—In the next 30 years, the world’s coral-reef ecosystems face near-total collapse, warns a marine biologist, who hopes his research into coral DNA will save them.

“We have already lost about 50% of our coral reefs worldwide in the past 50 years. By the middle of the century, between 70% and 90% will have disappeared,” said Dr. Pedro Frade, a world expert on coral reef ecology.

Frade, who earned a PhD in coral reef ecology from the University of Amsterdam, has spent his career studying coral. He works as a curator of the coral collection at the Natural History Museum (NHM) in Vienna.

Despite his bleak forecast, he believes the destruction can be mitigated.

His hope rests in his museum work, which includes coral samples from all over the world. Some samples were obtained over 100 years ago and allow scientists to sequence coral DNA and map its genome.

Mapping its DNA could help discover what specific traits coral has to survive climate change, either naturally or via human intervention.

A long-term goal could be to introduce the “strengthened” coral back into the wild to stop what scientists call the “global collapse of the coral reef ecosystem.”

“Coral reefs have long been affected negatively by human activity. Things like overfishing or the run-off of terrestrial construction, siltation coming into the sea is killing corals. The problem we now face is totally different, because it’s on a global scale. And this is caused by global warming and by increasing seawater temperatures, caused by greenhouse gases and by the warming of the atmosphere and the oceans,” Frade said.

The result is coral bleaching.

“We call it coral bleaching when we see the white, calcium carbonate skeleton of the coral. This happens when symbiotic microalgae living inside the coral tissue are expelled due to the collapse of the symbiosis, caused by high temperatures. When this happens, the coral loses its main source of energy and starves to death,” Frade said.

Corals are ancient creatures. They evolved into modern reef-building forms over the last 25 million years, according to the U.S. National Oceanic and Atmospheric Administration.

They are important to biodiversity and the environment.

Coral reefs represent “the largest biological structures on Earth, and the fact the corals are dying potentially has huge consequences for the whole coral reef ecosystem. … All these other species that depend on coral will have a hard time,” Frade said.

Fish populations are affected, which then impacts humans who depend on the food coral reefs produce. Coral ecosystems also help protect coastlines from storms and erosion.

What makes the Vienna’s Natural History Museum collection of corals special is that the corals were meticulously preserved in alcohol. That means that the genetic material has survived and can be studied by scientists today, even from corals more than a century old.

Some of Frade’s samples are from Australia’s Great Barrier Reef, which is already severely threatened by mass coral mass bleaching.

By comparing older samples to modern coral on the reef, scientists can determine whether there is some room for a fast adaptation, a multi-decade or century-level adaptation of corals. That fact is presently unknown, as no baseline has been established to date.

And the clock is ticking.

The public can help salvage the world’s coral reefs by putting “pressure on our governments to change into green economies” and to become more “carbon neutral,” Frade said. “This should happen as fast as possible.”