Consolidation in the Cards for India’s Banking Sector 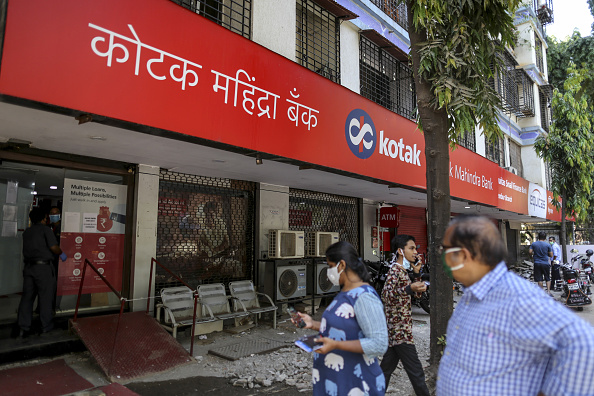 Many small private banks, reeling under high nonperforming assets (NPAs), are battling for survival, making them potential candidates for a takeover by bigger banks.  An NPA refers to a loan or an advance that is in default or arrears.

In April this year, one of the biggest consolidations in the public sector banking space occurred, when 10 banks, some dating to the pre-independence era, merged into four public sector banks to reduce operational costs and roll over the pile of bad debts.

India’s public sector banks, also commonly known as PSBs, had INR 6.8 trillion ($93 billion) worth of nonperforming assets in March, according to data from Statista.  India follows an April to March financial year.

Banking analysts foresee a second wave of consolidation in the sector, led by private banks.

Recent news reports indicate that Kotak Mahindra Bank, one of the biggest private lenders in India, is exploring the acquisition of IndusInd Bank, a smaller private sector bank. IndusInd Bank later denied this in a stock exchange filing.

“Some consolidation is likely to happen in the private sector banks in the days to come,” said Karthik Srinivasan, head of financial sector ratings at credit rating agency ICRA. “Some smaller private sector banks are facing challenges. The Covid-19 [pandemic] has made things tougher. However, India is a big country, and there is a need for small and mid-sized banks as well.”

For a long time, the Indian banking sector has been dominated by public sector banks, but this is rapidly changing as the market share of private banks is on the rise.

Further, in March 2019, the number of private banks’ loan accounts for the first time exceeded those of public sector banks.  This growth has been driven by a few private sector banks — HDFC, ICICI, Axis, YES, and Kotak Mahindra banks — which together account for 70 percent of lending.

These larger banks have been aggressive in acquiring smaller banks over the last two decades. HDFC Bank merged with Times Bank in February 2000, and in 2008, it acquired Centurion Bank of Punjab.  ICICI acquired the ailing Bank of Madura and the Bank of Rajasthan in 2001 and 2010, respectively.

Uday Kotak, managing director of Kotak Mahindra Bank, had said in July this year that India’s financial sector was headed for more consolidation.

The growth in the market share of private banks is due to better capitalization and fewer asset quality problems, according to Fitch Ratings.

HDFC Bank’s gross NPAs, as a percentage of gross advances, was 1.35 percent at the end of March 2019, compared with an overall NPA of 11.59 percent for public sector banks.

For the smaller private banks, it has been a rough ride. Poor corporate governance and the economic slowdown have hit their balance sheets hard. The pandemic has only added to their woes.

“In general, consolidation in the banking sector is likely to happen,” said Samit Ghosh, founder and former managing director of small finance banks Ujjivan Financial Services Ltd. “Other than Covid-19, the problems faced by the smaller private banks relate to poor management and governance. We might see more defaults in the days to come after the moratorium period expires. The repayment cycle has also been disrupted.”

India’s central bank had granted a three-month moratorium on all outstanding bank loans in March as borrowers found it difficult to repay due to job losses and lockdown. Later, the date was extended to Aug. 31. During the period, however, borrowers with loans over INR 2 crore (about $3 million) were required to pay additional interest, further adding to their repayment burden.

Over the last month, the shareholders of two small private sector banks — Tamil Nadu-based Lakshmi Vilas Bank and Kerala-based Dhanlaxmi Bank Ltd — ousted the respective CEOs of the banks, accusing them of mismanagement and citing concerns about the safety of depositors’ money.

Lakshmi Vilas Bank’s gross NPA had shot up to 15.3 percent at the end of March 2019, while that of Dhanlaxmi Bank stood at 7.5 percent.

“There is obviously a trend that big banks are killing small ones,” said C. H. Venkatachalam, general secretary of the All India Bank Employees’ Association. “We have already seen a series of hostile takeovers by the shareholders, which is quite unusual in the Indian banking system. It’s not that the big private banks do not have any governance issues, as we have seen in the case of YES Bank and ICICI Bank. Unfortunately, the RBI is not playing the desired role. They are not working independently and have become an extension of the corporate arm.”

Venkatachalam’s assessment comes at a time when there have been significant governance lapses even in some of India’s biggest private sector banks.

Since 2017, YES Bank, one of the top five Indian banks, has been in trouble after a review of its assets by the central’s bank unearthed major governance lapses leading to a spike in bad loans. In March this year, India’s central bank superseded the YES Bank board and installed a new board. Subsequently, Rana Kapoor, the bank’s founder, was arrested on allegations of money laundering.

ICICI Bank, another large private sector bank, ran into trouble in 2018. Chanda Kochhar, the bank’s former managing director, resigned following allegations of a quid-pro-quo while sanctioning loans to a corporate entity in collusion with her husband, Deepak Kochhar. Deepak is currently in custody.

In 2019, the Punjab and Maharashtra Cooperative (PMC) Bank was involved in one of the biggest banking collapses in India. The bank’s management allegedly colluded with a private firm to sanction loans that later turned into bad loans. Bank officials did not classify these loans as nonperforming advances, despite nonpayment. Depositors are still fighting to get their money back.