The discovery led to the arrests of three suspected members of an organized crime group.
By Juan Fernandez October 29, 2020
Facebook
Twitter
Linkedin
Email 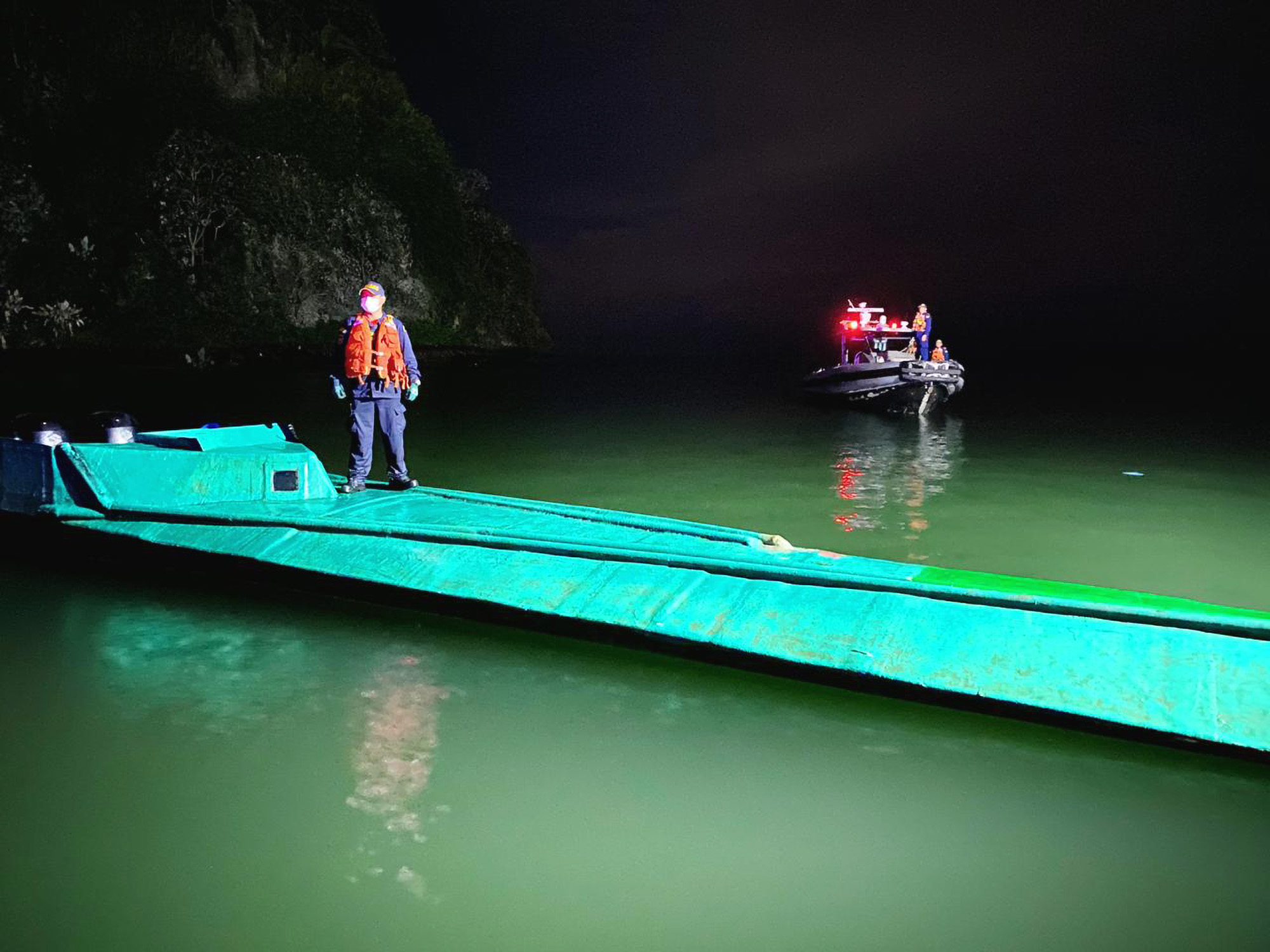 BOCANA AMARALES, Colombia—The Colombian Navy seized a homemade submarine containing tens of thousands of dollars worth of cocaine and arrested its crew.

The semi-submersible vessel was discovered 35 nautical miles off the Bocana Amarales sector located in the Colombian department of Narino on Oct. 27.

Authorities pursued the submarine for several minutes before stopping and inspecting it. Their search turned up 119 sacks that contained rectangular packages with” narcotics and communication and geolocation equipment.” Preliminary identification tests on the substances revealed that the sacks contained 2,045 kilograms (2.25 tons) of hydrochloride cocaine worth an estimated $67 million.

Footage of the operation shows Navy officers take the vessel into custody. Several people are later seen removing numerous large packages, which are then lined up and opened to reveal a white substance.

The three suspects were arrested and placed under the custody of the competent authorities. They have been identified as an Ecuadorian, a Colombian and a Mexican, and intelligence officials believe the shipment belonged to the Residual Organized Armed Group or the “United Guerillas of the Pacific and was expected to arrive in Mexico in a matter of days.

The suspects are facing charges of trafficking, producing or possessing narcotics and for the construction, sale and/or possession of a semisubmersible.

Sustained anti-drug trafficking monitoring by the Tumaco Coast Guard Station, the Coast Guard ARC Punta Soldado and the Air Naval Platform helped detect the homemade submarine. The Colombian Pacific Naval Force has to date seized 132 tons of cocaine hydrochloride and 35 tons of marijuana in their efforts against organized crime groups in the area. Those busts include the arrests in late August of a trio of Ecuadorans found aboard a submarine carrying a ton of cocaine off the Colombian port of Tumaco, as previously reported by Zenger News.