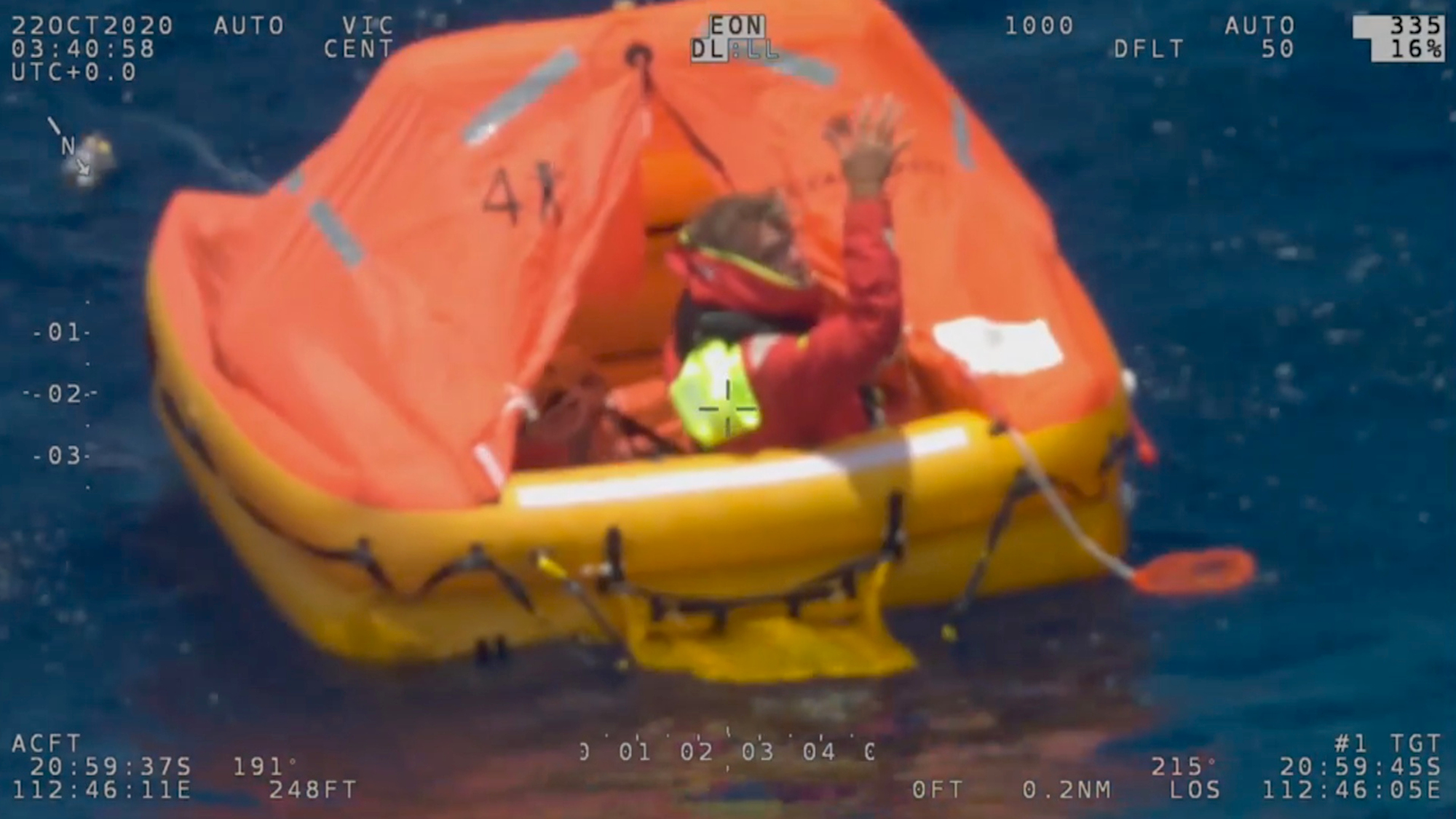 The man that was rescued from his raft after his yacht sank on 22nd October off the coast of Exmouth in Western Australia. (Clipzilla)

OFF THE COAST OF EXMOUTH, Australia—A man stranded on a sinking yacht off Australia’s west coast was rescued by helicopter, which dropped a life raft to him. An exact cause for the accident is not yet known, but authorities say there were high winds and waves in the area.

Footage shared by the Australian Maritime Safety Authority shows the rescue as it unfolded, about 150 kilometers (93 miles) off the coast of Exmouth, Western Australia.

(Video above courtesy of Clipzilla)

The authority scrambled a Challenger jet from Perth and a rescue helicopter from Karratha to carry out the mission.

Authorities were alerted to the man’s plight by a registered distress beacon he activated, and they say the incident shows how important it is to have such a device onboard.

The beacon transmitted important information that led to the proper rescue equipment being quickly dispatched to the scene, according to the authority.

While helicopter rescues are typically dramatic, they can also be dangerous, as this Zenger News item from earlier this year illustrates.