New Medical Park in India to Help Cut Down on Imports

About 80 percent of India’s $11 billion medical devices market is imported. 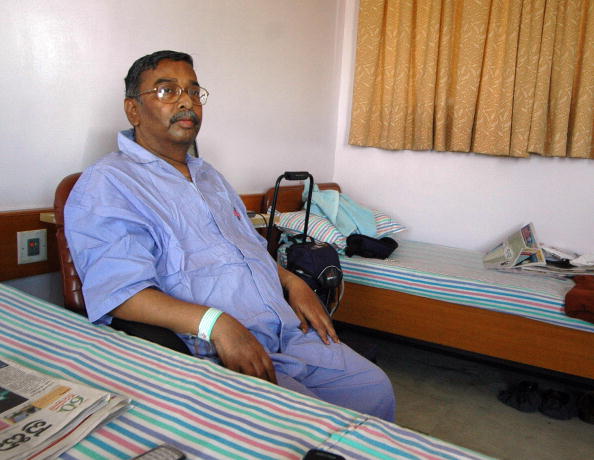 Indian heart patient Venkata Krishnaiah, who underwent surgery and the implantation of the "Ventricular Assist Device" or VAD, a battery operated mechanical device into the lower part of the chest below the heart, looks on at Narayan Hrudyalaya in Bangalore on April 10, 2008. (Credit: Getty Images.)

A new medical park in the southern Indian state of Kerala will manufacture high-tech devices such as implants to help the country cut down on imports.

MedSpark, which is expected to begin operations in March 2022 in Kerala’s capital of Thiruvananthapuram, will be set up with help from the Kerala State Industrial Development Corporation (KSIDC).

The park will be managed by the Sree Chitra Tirunal Institute of Medical Sciences and Technology, Thiruvananthapuram, one of India’s foremost institutes working on implants. It will also provide research and development support to companies that sign up to be a part of it.

“We will focus on cardiovascular and neuro-surgical implants,” said professor Balram, a scientist at Sree Chitra Tirunal Institute.

“Companies that sign up with us can use the facilities at the park for research purposes, or commission the institute for research. The devices that we bring out will be cost-effective,” he said.

“Our objective will be to provide an atmosphere for companies to innovate,” said Biju B G, assistant general manager at KSIDC. “Our estimate of outlay for creating this park is INR 230 crore ($34.5 million). We are initially targeting local companies. Later, we will market the initiative to foreign firms.

“The park is being designed in a way that everything from prototyping to pre-clinical trials can be done here,” said Biju.

“Indigenously made devices like heart-valves can cost as low as a third of an imported device,” said Balram.

The price of medical devices has been a key focus of Prime Minister Narendra Modi’s government. It has imposed caps on the prices of drugs and medical devices.

In 2018, the National Pharmaceutical Pricing Authority (NPPA), which regulates the sector, capped the prices of coronary stents. Later, the price of orthopedic knee implants was also capped.

While this rule has been revised several times, manufacturers can now sell stents that produce drugs inside the heart at a maximum price of INR 30,647 ($413).

Currently, 80 percent of India’s $11 billion medical devices market is from imports, according to a recent report.

The European Union, the U.S., Singapore and Japan are major investors. Devices such as coronary stents come from multinational firms, including Abbott, Medtronic and Boston Scientific. After coronary stents came under price control, the multinationals were unhappy with the classification and the price controls. Abbott withdrew its most recent stent, Absorb, stating that due to the price, it was no longer viable for the company to sell the product in India.

When multinational firms asked for better pricing for their devices, the NPPA asked them to prove their products’ superiority over Indian stents. When the firms could not provide substantial evidence, the NPPA put all the drug-eluting coronary stents in one category.

The Indian government is now considering capping the price of other medical devices, such as intraocular lenses, as well as a cap on the trade margin, which the U.S. has been pushing back against.

Other medical-use products could also benefit from the medical park.

Rajiv Nath, forum coordinator at Association of Indian Manufacturers of Medical Devices, told Zenger News, “We should focus on making devices from latex. As Kerala is home to rubber plantations, it is recommended that the park focus on specialization in latex- and natural rubber-based medical devices.

“India is a major producer and exporter of latex sterile surgical gloves,” he said, “but India imports all its non-sterile latex examination gloves.”

The medpark in Kerala, funded equally by the central and state governments, is expected to help India take in a major share of this market. Once ready, it will be sustained by funds from the companies using its facilities.