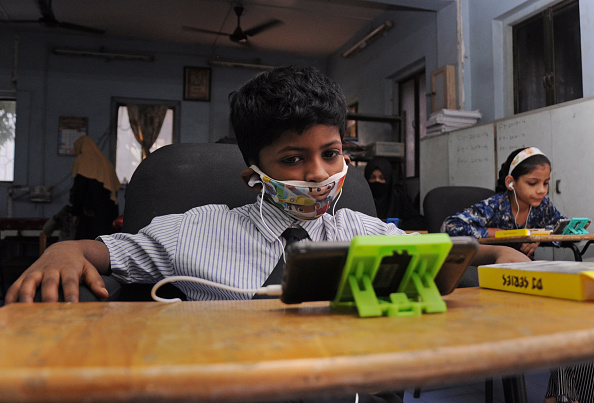 India’s smartphone manufacturers are trying to stage a comeback through a government scheme rolled out in April to “position India as a global hub for electronics system design and manufacturing.”

Sixteen applicants this month received approval under the scheme. Among those are original equipment manufacturers (OEM) of foreign players Samsung and Apple, and domestic smartphone manufacturers Lava and Bhagwati (Micromax).

The Production Linked Incentive (PLI) scheme aims for total production of INR 10.5 trillion ($143 billion) in the next five years.

While foreign companies fall under the mobile phone segment, with invoice value of INR 15,000 ($202) and above, and have proposed phone production of over INR 9 trillion ($121 billion), domestic companies will produce INR 1.25 trillion ($17 billion). Those under the specified electronic components segment have proposed production of over INR 15,000 crore ($1 billion).

Around 60 percent will be contributed by exports of INR 6.5 trillion ($88 billion).

“This is the first time that such a scheme has been launched by the government of India,” Saurabh Gaur, joint secretary of the Ministry of Electronics and Information Technology, told Zenger News.

“Instead of providing incentives based on investment, the PLI scheme focuses on performance/production linked incentive. It is an output-linked scheme, whereas the earlier schemes for industry promotion have been input-linked based on capital expenditure subsidies and incentives.”

Under the PLI scheme, the eligible electronics companies will get an incentive of 4 percent to 6 percent on incremental sales of mobile phones and electronic components such as printed circuit boards and sensors, among others, for five years. The base year is 2019-20 and the incentives are applicable from Aug. 1.

“The foreign manufactures have a different market segment since they manufacture high-end mobile phones. Thus, domestic manufacturers will not face a competitive disadvantage but would rather be able to utilize this to their advantage.”

Sampath Kumar Venkataswamy, a manufacturing research manager at IDC Asia/Pacific, said, “PLI approval for companies such as Micromax and Lava could indicate an increasing focus on Atmanirbhar Bharat, which aims to bring in the entire mobile manufacturing value chain in-house.”

For the past week, social media in India has been abuzz following Micromax founder and CEO Rahul Sharma’s ad campaign for the company’s new brand IN, in which he appeals to viewers to shun Chinese smartphones and join his mission for an Atmanirbhar Bharat.

Micromax, one of the major domestic applicants approved under the PLI scheme, announced the launch of its IN series on Oct 16.

Micromax, at its peak, surpassed Samsung to become India’s leading phone supplier in the second quarter of financial year 2014. Micromax’s last notable market share was 7.5 percent in the third quarter of FY 2016. It made a gradual exit after Chinese companies began flooding the market from 2016.

“Though a focus on product quality and good features at affordable prices in a cost-conscious market helped the domestic smartphone manufactures grow in their early stages, their lack of 4G-ready devices and an R&D-focused mindset and India’s growing preference for Chinese phones posed a challenge,” said Venkataswamy.

Even as Micromax was prepping for the launch this year, the PLI scheme propelled its comeback. The Gurugram-based company also plans to invest INR 500 crore ($68 million) in research and development.

“The PLI scheme will help in creating world champions from India,” said Sanjeev Agarwal, chief manufacturing officer at Lava International. “The current capacity of our manufacturing plant is 40 million phones per annum. During the scheme period we are planning to increase this by three times. Lava is working to establish a complete ecosystem for mobile manufacturing, including design and supply chain.”

“The current PLI approvals to electronics manufacturers can help increase the production of high-end subsystems such as display assemblies, touch panels, etc., a move that will push the growth of domestic manufacturing value chains,” said Venkataswamy.

“The industry growth should not last as long as the scheme does,” said Rajoo Goel, secretary-general of the Electronics Industries Association of India. “The hidden challenge here is to develop a sustainable supply chain and ecosystem. It should strengthen the downstream industry — the electronics components that assembled to manufacture phones.”

Apple (37 percent) and Samsung (22 percent) together account for nearly 60 percent of the global sales revenue of mobile phones. Currently, Chinese company Xiaomi leads the smartphone market in India with a 29 percent share, followed by Samsung at 26 percent.

India’s electronics manufacturing industry employs over 2 million people, of which mobile manufacturing accounts for over 600,000 jobs. The companies approved under the scheme are expected to generate more than 200,000 direct employment opportunities in the next five years and create additional indirect employment nearly three times that, the Electronics and Information Technology Ministry said.