The sarcophagi reveal the secrets and treasures of the ancient world.
By Daniel Ford October 28, 2020
Facebook
Twitter
Linkedin
Email 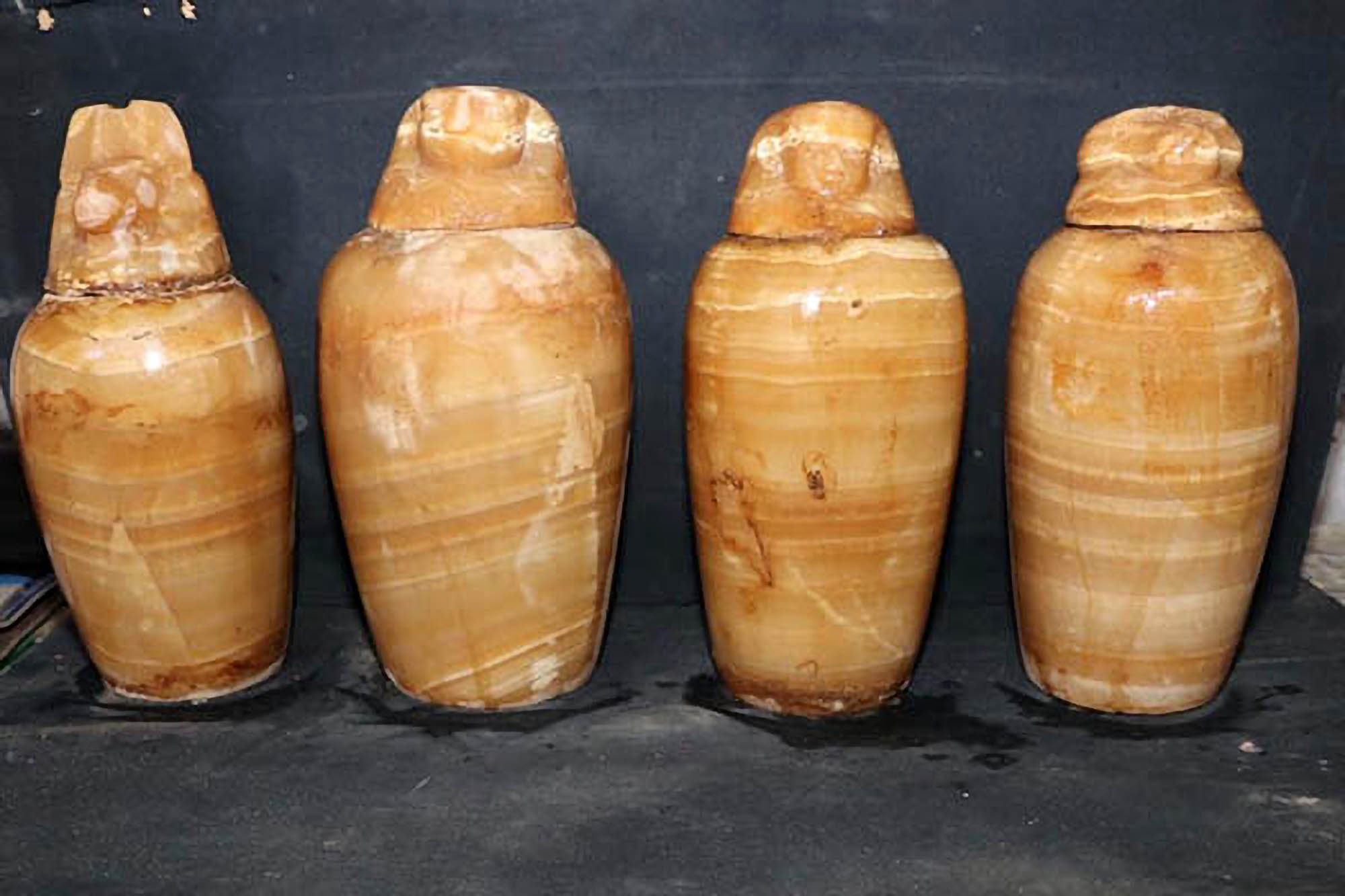 AL-GHURAIFAH, Egypt—The tomb of a Royal Treasury supervisor has been discovered by Egyptian archeologists in a 33-foot well leading to a decorated chamber.

The tomb of Badi Est was found by archeologists at the Tuna Al-Jabal necropolis in Al-Ghuraifah in the Egyptian governorate of Minya. The discovery was announced Oct. 24.

The historical tomb dates from the Late Period of ancient Egypt, (664-323 BC) and was found with a number of well-preserved stone monuments inside.

Mostafa Waziri, a spokesperson for the Supreme Council of Antiquities, said the burial site was in the well leading to a decorated chamber with rock carvings.

The tomb, enclosed by stone slabs, had a pair of limestone monuments in the design of a woman and the Apis bull deity. Experts also found four alabaster jars carved with the sons of the falcon-headed deity Horus.

The canopic jars, used by the ancient Egyptians during the mummification process to store and preserve the owner for the afterlife, were inscribed with the names and titles of the dead.

Waziri said they also discovered 400 statues of Ushabti, a funerary figurine used in ancient Egypt, bearing the names of the dead alongside six buried relatives.

In addition, the tomb contained scarabs, amulets and pottery from between the 26th and 30th Dynasties of Egypt, a period marked by Persian and Macedonian-Greek conquests.