Experts believe the owners of the coins hid them from robbers. 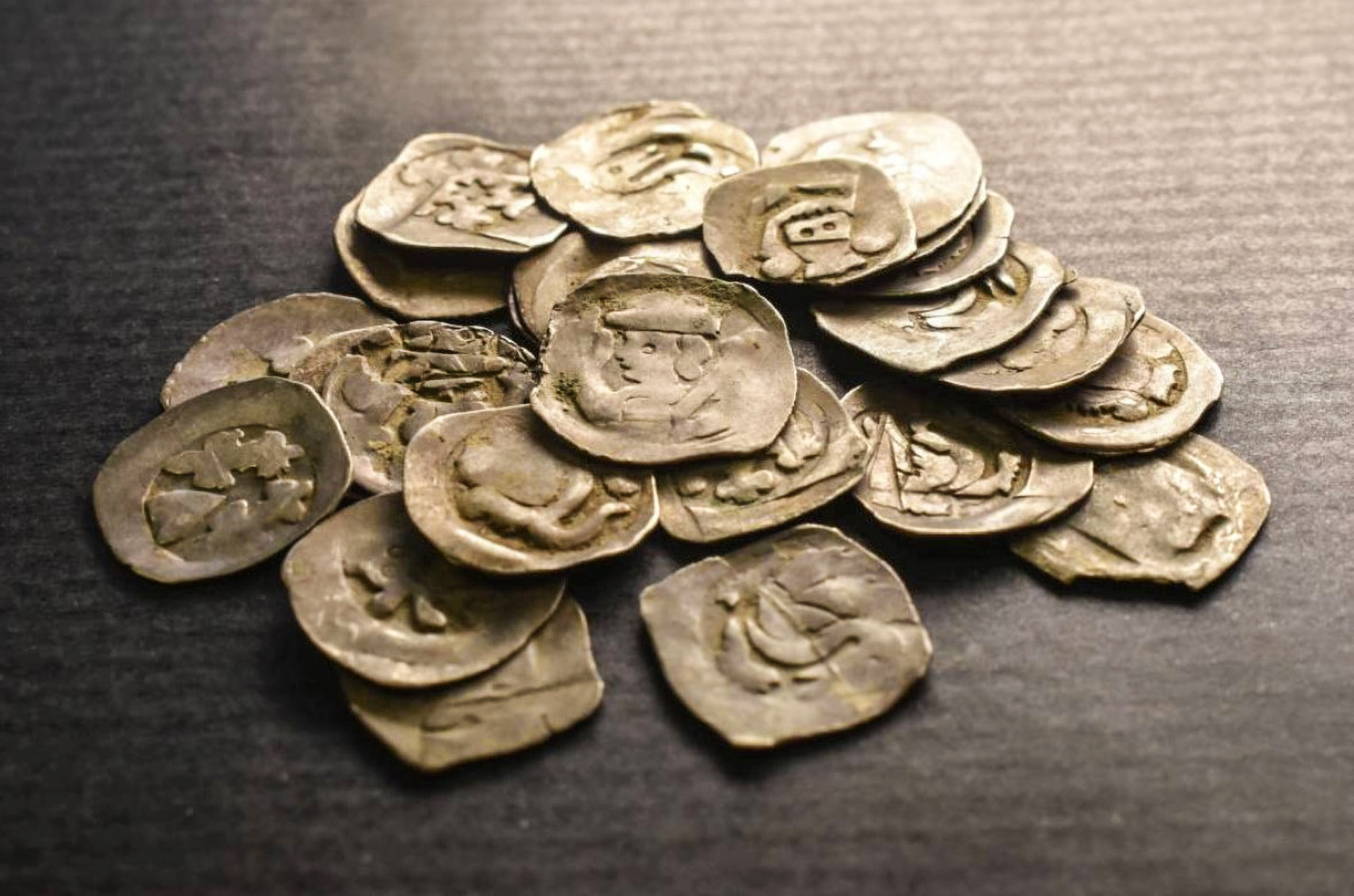 PIESTANY, Slovakia —An unsuspecting tourist discovered a hoard of silver coins from the Middle Ages under an uprooted tree.

The surprise find took place earlier this month in the western Slovakian town of Piestany when an unnamed man happened upon 25 coins estimated to have been minted during the 13th and 14th centuries.

The man reported his findings to the country’s Regional Monuments Board, which protects the nation’s monuments and historical sites. Workers from the organization further inspected the site and found a total of 147 medieval coins using a metal detector.

Most of the coins were Wiener pfennigs, or medieval Austrian coins. Some, however, were Hungarian imitations of Wiener pfennigs. The coins date back to between 1251 and 1330 and display various motifs, such as animals, mythical creatures and Christian symbols. They are 0.5 to 0.6 inches in diameter and went out of circulation in the mid-14th century.

Mass discoveries of pfennigs are not uncommon, as the coins are believed to have been frequently hidden on purpose for protection from robbers. Their owners may have died before they had a chance to unearth their money or forgot about it.

The tourist who found the coins has asked for a finder’s fee, and an expert is assessing how much the discovery is worth. Over 200 pieces of partially broken Wiener pfennigs sold in an online auction in September for around $401.

Similar finds have been made across the world, including a cache of more than 2,500 silver pennies that was discovered in southwest England’s Chew Valley last year. The coins are estimated to date back to 1066–1087, the years surrounding the Norman Conquest and the ushering in of Norman rule following the defeat of the last Anglo-Saxon king of England.