A UK engineering firm is working to save the massive dual-angle structure. 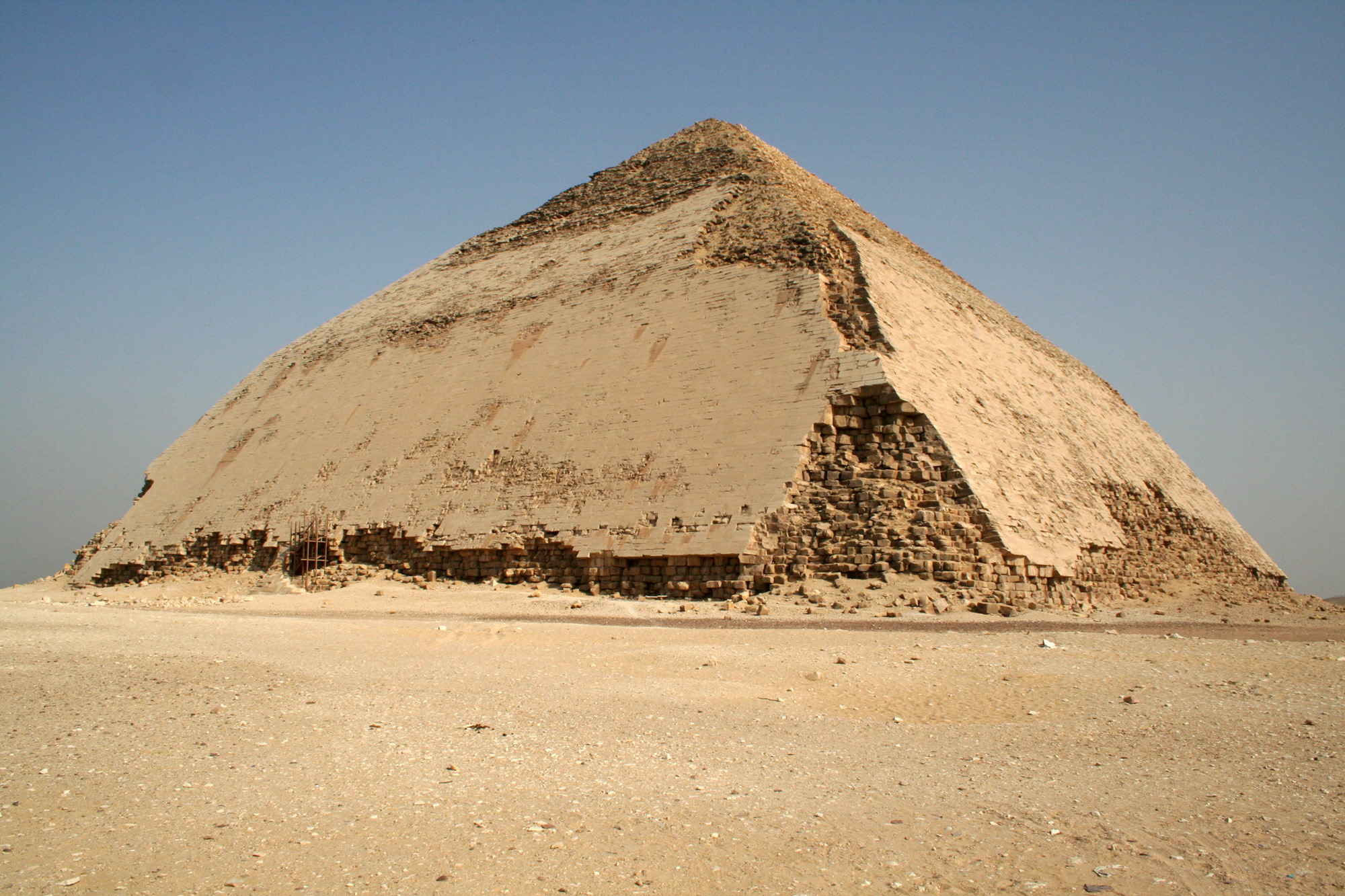 DAHSHUR, Egypt —A Welsh engineering firm is racing against time to save Egypt’s Bent Pyramid from probable collapse.

The 4,600-year-old structure — so called because its upper half is built at a lower angle than its base — is located at the royal necropolis of Dahshur, about 40 kilometers (25 miles) south of Cairo. It’s the only pyramid in the world to have retained its outer limestone casing since it was built, but authorities fear it will fall away in less than 50 years.

Peter James, 76, managing director at U.K. construction firm Cintec International Ltd., has been leading the pyramid rescue project since 2013, and discovered why it has retained its casing. Having worked on such massive structures for more than a decade, he believes the Bent Pyramid was purposely built that way by ancient architects to reduce pressure on the burial chamber and save it from collapse.

“The pyramid builders were experimenting using a system of corbelling the stones [using pieces of such materials as brackets] at the springing point of the chamber to create a vaulted stone support instead of using timber supports,” James told Zenger News. “We know today that if the individual lengths of the corbels are too great, the pressure of the adjacent stonework will squeeze the burial chamber because corbelling is not a true arch. To rectify this, the builders changed the angle on the outer pyramid to reduce the pressure, creating the bent shape.”

The engineering work has given new insights into how the ancient Egyptians built the pyramids. James believes that those constructing the Bent Pyramid gave it a curve on purpose to let the structure “breathe” or flex and to stop what happened to the Great Pyramid.

He believes that the Great Pyramid wasn’t built at 54 degrees as it stands today, but was actually built at 45 degrees and has shifted over thousands of years because of wear and tear.

“My view is that the Great Pyramid had a dramatic collapse of the outer casing &mldr; and not a gradual erosion that we can observe on the Bent Pyramid,” James said.

To stop the Bent Pyramid from collapsing, James and his team plan to drill 65 millimeter (2.5 inch) holes into the pyramid at 40 degrees at weak points and put in structural anchors that “slide like a trombone and works like an earthquake counterbalance” to tether the outer casing to the pyramid core,” James said.

“We had to use a ground-penetrating radar to survey two small areas on two elevations before we could put trial anchors from the outside into the inner core,” he said. “The reason was to check that the areas were solid and had no hidden rooms or areas of interest that might be damaged. That’s all gone well, as we expected it would.”

The next step calls for installing test anchors that will monitor the expansion hourly and establish the points that are most mobile before a larger permanent anchor is put in. When installed, the permanent Cintec anchors will be ungrouted, allowing them to absorb pressure caused by the expansion. This, in turn, will stabilize the outer casing and keep it in line with the inner tomb, stopping it from falling away.

“It’s an honor to continue saving these remarkable heritage sites, as well as supporting vital craft skills in the heritage sector,” James said. “We’re doing what they did back then; it really hasn’t changed much—we’re just straightening up the corners.”

The project is expected to be completed in the next few years, but has been put on hold for now due to the coronavirus pandemic.

Cintec anchors have been used in other major restoration projects, including Big Ben, The White House and Buckingham Palace, as well as in strengthening public structures and landmarks to resist terrorist explosives. They are also used to support hundreds of bridges, docks, dams, coastal protection, low rise and high-rise buildings and other infrastructure.