The abandoned cubs were found in Albania and taken to England — where they’ve been extinct for centuries. 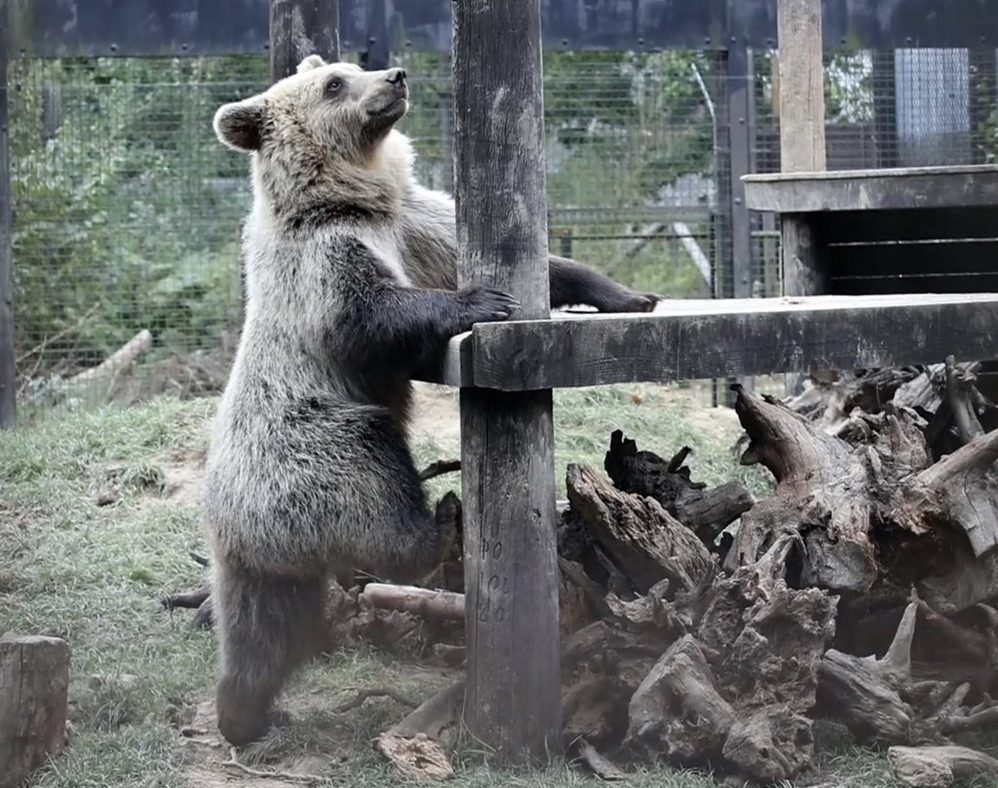 Bear cub climbs on the wood in his cage. (@thewildwoodtrust/Clipzilla)

Two brown bear cubs rescued from the Albanian wilderness are busy making themselves comfortable in their new English home.

The Wildwood Trust, a wildlife conservation charity currently housing the young pair (named Lucy and Mish) at its facility in Kent, shared a video of them showing off their digging skills on Oct. 19. In the footage, one of the cubs works on excavating a hole in the ground while the other watches.

“Mish and Lucy are so into digging these days, that their keepers are worried they may soon reach Australia,” the Wildwood Trust said. “Brown bears love to dig and it’s a completely natural instinct. They have huge shoulder muscles and long claws which enable them to dig for food, build a den or even to make a hole to accommodate their food-filled bellies when lying down.”

The bears arrived at the sanctuary Aug. 18 after they were abandoned in the wilderness of Albania and saved from “certain death” by the Albanian Wildlife Rescue. The cubs were just a few weeks old when they were discovered and are estimated be between 18 and 19 months old now. Their mother most likely fled the area to get away from disturbances created by illegal loggers or poachers, according to the Wildwood Trust.

While at the trust, the cubs will have many opportunities to play, explore and forage over the next few months. They are then scheduled to be permanently moved next year to Wildwood Trust’s sister facility, Escot, in Devon.

The brown bear is a large creature commonly found across North America, Europe and Asia. While their worldwide population is stable and conservation status is listed as of “least concern” on the IUCN Red List of Threatened Species, the predators have been extinct in Britain for more than 1,000 years.

Other recent efforts to return brown bears to Britain included a 2019 wildlife exhibit in Bristol that showcased the animals in their former natural environment.