Police nabbed John Gilligan — and seized a suspicious revolver, drugs and pills in the raid. 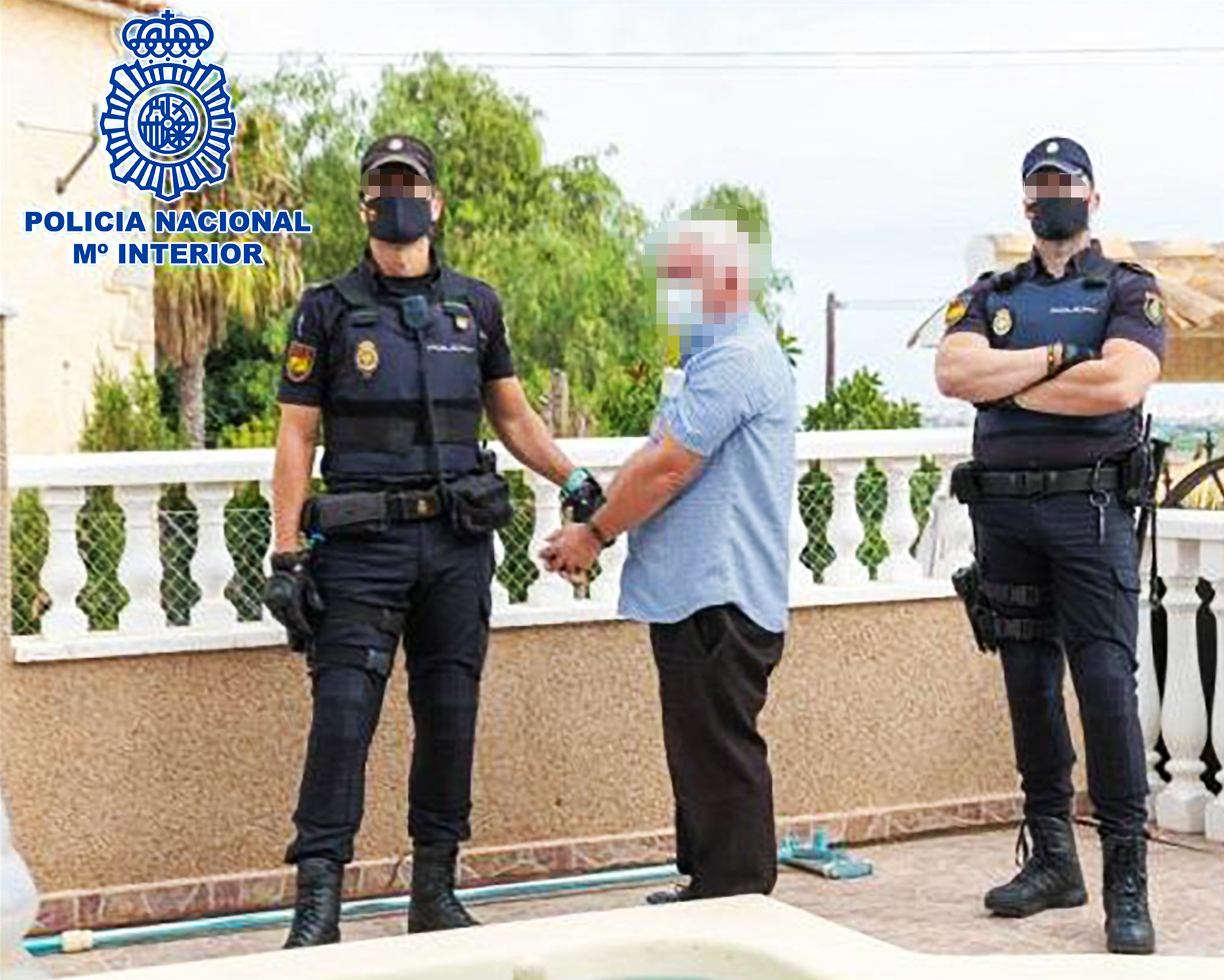 The suspect during his arrest. (Newsflash)

ALICANTE, Spain—Irishman John Gilligan, who is wanted in connection with a murdered journalist, was arrested in Spain.The arrest was conducted under international cooperation between the Spanish National Police, Irish Police and the National Crime Agency (NCA), according to an Oct. 23 police report.

Gilligan is linked to a dangerous drug-trafficking group that sent marijuana and narcotics by mail to the United Kingdom and Ireland. Six people, including Gilligan, were arrested, according to the Policia Nacional. Nearly nine pounds of marijuana and 15,000 pills were seized from the house.

Although the journalist was not named, police revealed they also found a revolver that matched the make and model of the gun used to murder Irish journalist Veronica Guerin in Dublin in 1996.

Spanish police are working with Irish authorities to determine if the weapon was used to kill Guerin.

Irish authorities link Gilligan’s organization with the crime, though he was acquitted of the murder.  A man followed Guerin on a motorbike and shot her six times before speeding away.

Authorities began their investigations last year after they discovered the criminal gang’s presence in Alicante, famous for its 120-mile stretch of the Costa Blanca.

Investigations are ongoing with Spanish authorities.

Spanish National Police report the “investigation has culminated in the total dismantling of the criminal organization,” resulting in six arrests during four raids. The same report adds Spanish and Irish police thwarted an “arms delivery in Ireland” where some of the group’s members were located.

An additional “four kilograms of packaged marijuana, 11,000 pills, two vehicles, 10 mobile phones, diverse financial and mail documents, packaging material” and three 9mm guns “armed and ready to use” were found during the raids

Initial investigations show the group “specialized in sending narcotics abroad” and avoided detection by hiding “the drugs inside the packages that were sent to Ireland and the United Kingdom.”

The alleged crime boss is reported to have served 17 years of a 28-year prison sentence in 2001. He was found guilty of importing “large amounts of hash to Ireland.”