Bullish on tech and health care stock, global investors are awaiting the largest IPO in history by Ant Group in Asian bourses. 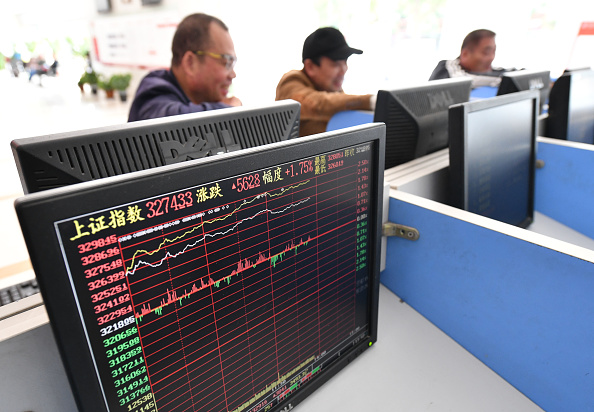 In mid-October, for the first time since 2015, the total value of China’s stock markets reached more than $10 trillion.

Eyes are set on the upcoming IPO by fintech giant Ant Group, an affiliate of China’s Alibaba Group, which is looking to raise more than $34 billion in Hong Kong and Shanghai, which would make it the largest IPO in history, surpassing last year’s Saudi Aramco $29.4 billion IPO.  Ant expects to raise the funds after setting the price on its shares on Oct. 26, valuing it at over $313 billion.

China produced 257 billionaires last year, bringing the total to 878, which is averaging five new billionaires a week, according to the recently released Hurun Rich List 2020.

China’s rich listers added US$1.5 trillion, the equivalent of half the UK’s annual GDP, to take them to US$4 trillion, more than the GDP of Germany, the fourth-biggest economy in the world, the report states.

Asian billionaires in technology and health care grew their wealth by 23 percent to $1.4 trillion between early April and July, according to an Oct. 7 report by UBS Group AG and PwC.

Other billionaires in the Asia-Pacific region saw their wealth increase by 13 percent to $1.2 trillion during the same period. Mainland Chinese billionaires represent 50 percent of APAC billionaire wealth and 17 percent globally, up from 11 percent in 2018.

The uncertainty that looms around U.S. tax and foreign policies post election and the high valuations of American stocks are also factors working in favor of Asian markets.

“It seems rational to focus on Asia versus the U.S. to reduce the election risk,” Thomas Poullaouec, head of multi-asset solutions, APAC (Asia Pacific), at T. Rowe Price told Zenger News. “We are expecting the economic recovery to materialize in the company earnings that will be announced around the elections. Earnings revisions have been pretty strong in Asia.

“Finally, valuations are more attractive in Asia than in the U.S., suggesting that there is more room for outperformance in Asia than in the U.S. Asian markets have been outperforming recently, and we could expect this trend to continue in the short-term as the market rewards more cyclical exposures tied to the economic recovery and wants to avoid companies more directly impacted by the U.S. election uncertainty.”

The U.S. presidential and congressional elections are Nov. 3.

Between April and July, the Shanghai Stock Exchange Composite Index rose by nearly 21 percent to a high of 3,443 points in mid-July. Since then, it has been hovering above 3,200.

“Compared with both developed and emerging markets, valuation premiums on U.S. stocks currently are twice as high as their 20-year averages,” said Tim Murray, capital markets strategist at T. Rowe Price. “We believe investors may be able to take advantage of potential dollar weakness while maintaining exposure to technology by tilting their non&dash;U.S. equity allocations toward emerging markets.”

Recently, the IMF said that China will be the only economy to see growth this year, with projected GDP growth of 1.9 percent. Growth in 2021 is forecast at 8.2 percent.

“Asian markets are attractive because of China, both by inclusion and proximity,” Jeffrey Halley, senior market analyst, Asia Pacific, at foreign exchange company Oanda, told Zenger News. “China’s data has outperformed the rest of the world by a substantial margin this year, and its domestic and export recovery has remained in full swing. South Korea and Taiwan have also outperformed, boosted by tech, electronic and pharma exports.

China reported strong trade data for September. While its imports surged 13.2 percent in U.S. dollar terms, exports rose 9.9 percent from a year ago. In the third quarter, China’s exports rose 10.2 percent to 5 trillion yuan ($742.9 billion) compared with the previous year.

Emerging economies other than China will witness a 5.7 percent contraction in 2020, according to data from the IMF. The U.S. economy is expected to contract by 4.3 percent in 2020.

Global stock markets have been shaky in recent days due to a drop in oil prices, tighter restrictions in parts of Europe due to spikes in the coronavirus, rising Covid-19 cases in the U.S., and a pause in late-stage Covid-19 vaccine trial by several U.S. companies.