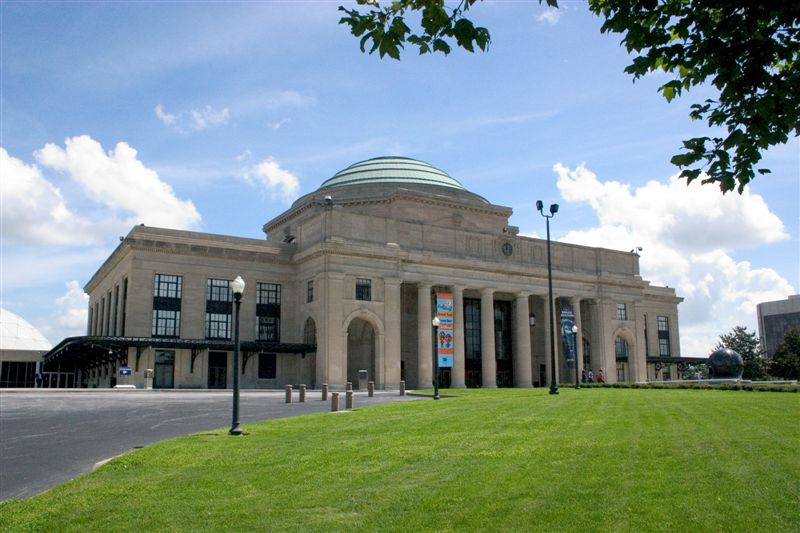 A four-year study conducted by the Science Museum of Virginia shed light on discriminatory banking practices. (Photo by David Bjorgen)

A four-year study conducted by the Science Museum of Virginia found that temperatures in Richmond, Virginia, fluctuate by as much as 16 degrees Fahrenheit (about 9 degrees Celsius) around the city. The hottest spots, or “heat islands,” correlate with redlining, a term used to designate areas, often inhabited by low-income or minority residents, in which banks would avoid investments. Redlining is considered a discriminatory practice.

Jeremy Hoffman, chief scientist at the Virginia Science Museum, wanted to see if this is a consistent pattern on a national scale. What Hoffman and his team discovered is that of the more than 100 cities studied, 93% showed average temperature differences of more than 12 degrees Fahrenheit (about 11 degrees Celsius). As in Richmond, these heat islands correlated with redlining practices.

During the Great Depression of the 1930s, the Home Owners’ Loan Corporation lowered interest rates to avoid foreclosures. As part of President Franklin D. Roosevelt’s “New Deal,” the corporation developed maps outlining what it perceived as best and worst neighborhoods for real estate investments. The worst areas were marked in red on maps, which is redlining.

The lack of funding resulted in construction methods that were cheaper than those used in more affluent neighborhoods. Concrete, a material that absorbs heat, was most commonly used. These areas also did not have money to invest in green spaces and parks. Between the use of concrete and the lack of shade provided by trees, these areas became hotter for longer periods. 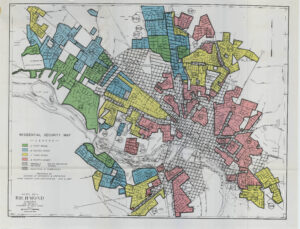 Researchers also found a direct link between lower heat and green spaces that include trees and/or bodies of water.

“The relationship is significantly a function of green space and tree cover,” said Jeremy J. Hess, professor of environmental and occupational health sciences at the University of Washington.  This, in turn, is driven by how cities manage urban trees and urban forests, including how these are protected, preserved, maintained and replenished; it’s also a function of water costs and availability. Many of these things vary across an income gradient.”

These communities are often located near major interstates so air quality is poor. Extreme heat interferes with the body’s ability to regulate temperature, worsening conditions like chronic obstructive pulmonary disease, asthma, blood pressure, diabetes and nervousness, according to Science Museum of Virginia researchers.

A paper published in Environmental Health Perspectives states there are factors inhibiting a complete and accurate understanding of the connection between hot spots and health risks.

“Spatial averaging within the footprint of the HOLC redlining polygons may hide large variation in Landsat Surface Temperatures and aren’t considered in our interpretation,” Hoffman told Zenger News.

These factors include a lack of hard scientific evidence to prove the effectiveness of interventions and a lack of guidelines for reporting the effects of climate change on health, according to Environmental Health  Perspectives.

“Regardless of a child’s race, ethnicity, gender, family income or zip code, they should be able to walk down the street and spend a summer afternoon in a welcoming, verdant space,” the mayor said in a news release. “Due to systemic racism, that’s now how our city was designed. We have a chance to right that wrong, and we’re starting with these five green spaces.”

An additional 287 acres of green space are being protected from development. Stoney’s goal is to have green space with a 10-minute walk of every Richmond home.