The wetland is home to rare bird species. 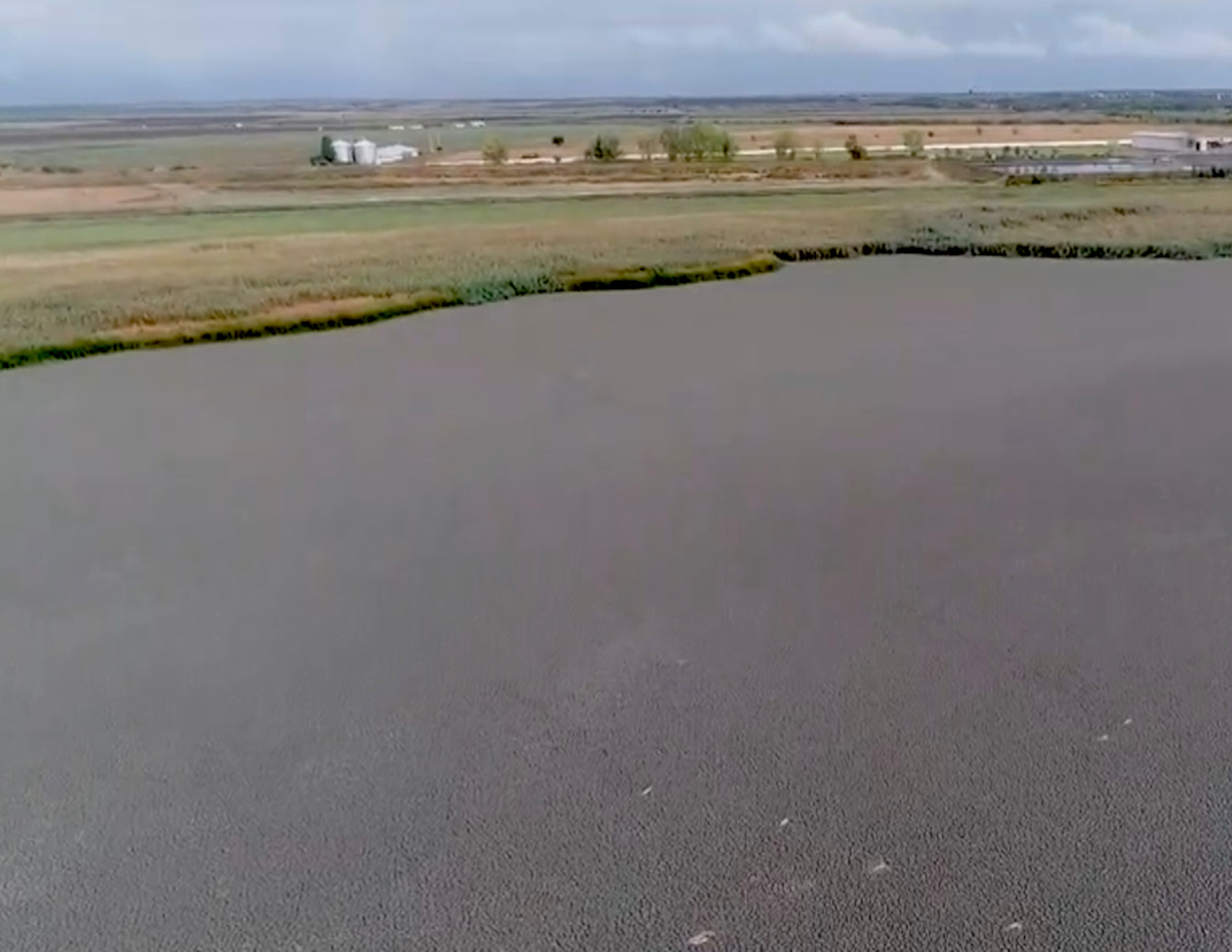 A picture-postcard Romanian lake that three months ago had a water surface of about 1,235 acres is now a lifeless desert, according to green groups, causing irreparable damage to local biodiversity.

Lake Lezer Calarasi is located in southern Romania in the vicinity of the Danube River. Environmental advocates say the Romanian government ignored the crisis, wiping out not just the local flora and fauna, but also threatening thousands of migrating birds, including rare species such as red-breasted geese, which will arrive to their winter-feeding grounds in less than two months.

During the migration period, the site is a stop for more than 20,000 specimens of birds, including the white stork and the black hawk. Sometimes, they choose to remain for the winter in what is known as the Danube Delta. Now, they will be unable to nest and feed.

Instead, the birds will find a barren wasteland.

The main cause of the drying of Calarasi Lake is broken equipment at a defective dam, which cut off the water supply. The dam is located between Galatui Lake and the canal that feeds Calarasi Lake, according to the Societatea Ornitologica Romana, an independent bird conservation organization in Romania.

“A total of 32 protected species in Europe, most of them aquatic, nest, have winter quarters or rest during the migration in the Iezer Calarasi. Due to its biodiversity, the Iezer Calarasi has been declared a protected natural area and “wetland of international importance” by the Ramsar Convention,” stated the group.

“This dam needs to be put back into operation quickly in order to bring the Iezer Calarasi back to life,” said Emil Todorov, an ornithologist with the group.

“The drought we are facing this year is another factor that contributed to the reduction of water flow. In mid-August, Lake Calarasi was completely dried up. Satellite recordings from July to October show how quickly the water disappeared from the lake bed,” he said.

Valuable birds and fish on the Danube Delta have been lost after a massive lake in Romania that was once a famous spa resort popular for the Romanian elite under dictator Nicolai Ceausescu almost completely dried up.Lacul Nuntasi is located in south-eastern Romania’s Constanta county and is the latest victim of increasing extremes where the country is either flooded or experiences drought-like conditions.After Ceausescu was deposed, the lake was opened up to foreign tourists who flooded in from all over Europe to take advantage of the supposed healing properties of the mud found in the lake.However, the receding waterline has left that business in ruins and the huts and hotels that were once on the shoreline are now empty and derelict.”

Societatea Ornitologica Romana wants the Romanian government and the presidential administration, to urgently find solutions to ensure the Calarasi Lake will be restored as soon as possible.

The Nature Reserve was declared a protected area in 2004. Since July 2012, it is protected by the International Ramsar Convention as a wetland of international importance.

The Ministry of the Environment for Romania published its sustainability goals in 2018, which address protecting biodiversity, general threats to the region and various species, and conservation challenges the country faces.

However, since Oct. 16, the government has not publicly responded to pleas to restore the lake.