Accusations about profiting from other countries and foreign entities flew during Thursday’s presidential debate. 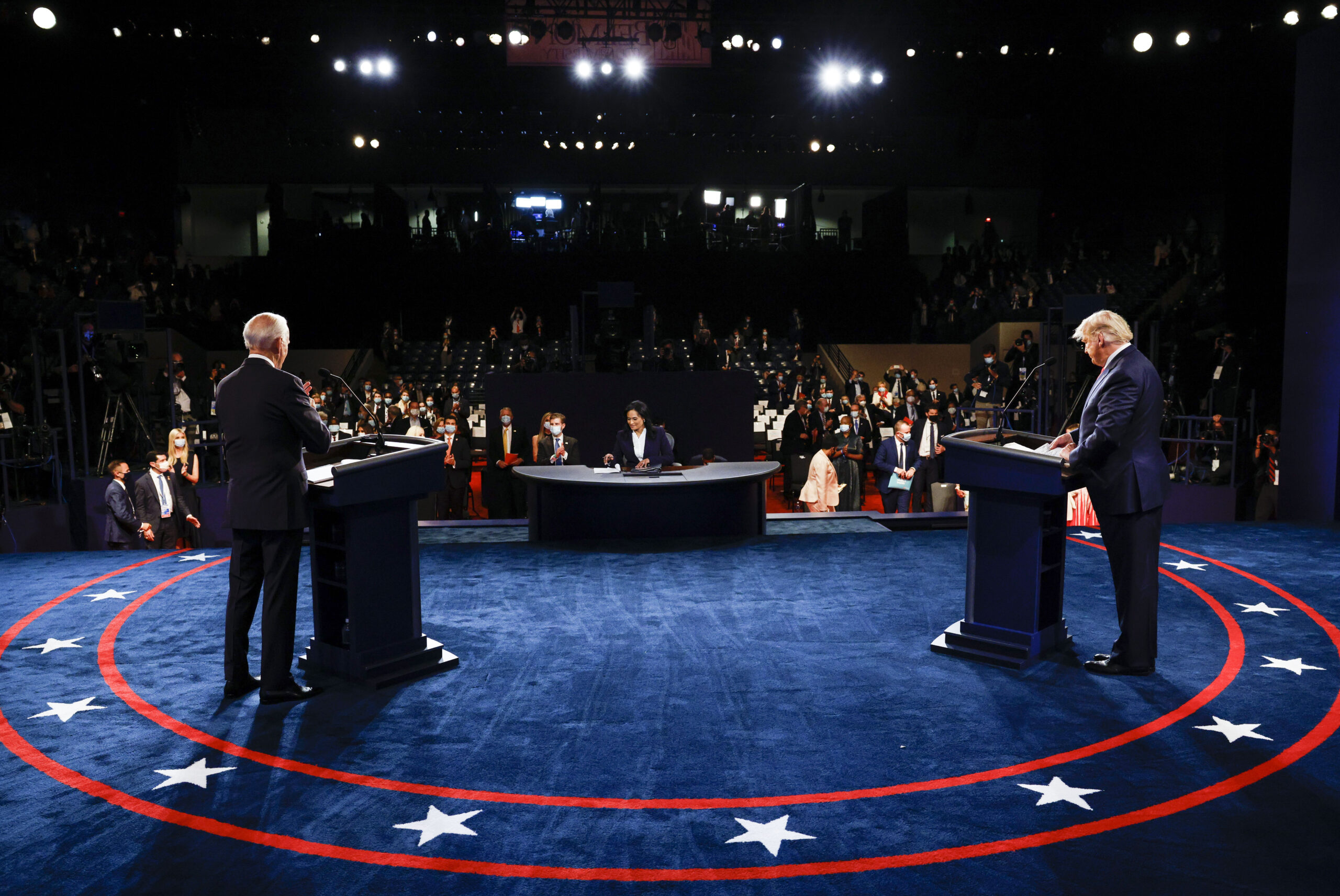 NASHVILLE, TENNESSEE - OCTOBER 22: U.S. President Donald Trump and Democratic presidential nominee Joe Biden participate in the final presidential debate at Belmont University on October 22, 2020 in Nashville, Tennessee. This is the last debate between the two candidates before the November 3 election. (Photo by Jim Bourg-Pool/Getty Images)

The final presidential debate on Thursday saw both candidates being grilled on allegations that they may have been compromised by foreign entities, as well as their ability to stand up to them.

“I made it clear that any country, no matter who it is, who interferes with American elections will pay a price,” Biden said.

The national security community has been vocal this election cycle. More than 780 retired generals, admirals, senior non-commissioned officers, diplomats and civilian security officials have signed their name to a letter voicing support for the former vice president.

“The current President has demonstrated he is not equal to the enormous responsibilities of his office; he cannot rise to meet challenges large or small,” the letter said. “Thanks to his disdainful attitude and his failures, our allies no longer trust or respect us, and our enemies no longer fear us. Climate change continues unabated, as does North Korea’s nuclear program.”

The president used the mention of Russia during the debate to deny long-standing claims that he is too deferential to the Kremlin.

“While he was selling pillows and sheets, I sold tank busters to Ukraine,” Trump said. “There has been nobody tougher on Russia than Donald Trump.”

When asked about the issue by moderator Kristen Welker, Biden denied allegations that he profited financially from any of his son Hunter’s business dealings overseas.

The Trump campaign has alleged impropriety on Biden’s part connected to Burisma Holdings, a Ukrainian natural gas producer on whose board Hunter Biden served from 2014 until last year. Multiple investigations, including one by a GOP-led Senate committee, have found no evidence of wrongdoing by the former vice president.

“The guy who got in trouble in Ukraine was this guy, trying to bribe the Ukrainian government to say something negative about me,” Biden said of Trump.

Trump, who made history last year for being the first American president to visit North Korea, was asked by Welker for a self-assessment on his handling of North Korea.

“I have a very good relationship with him (Kim Jong Un). Instead of being in a war, we don’t have a war, and we have a great relationship,” Trump said.

His opponent begged to differ.

Biden drew a line in the sand by saying he would only meet with Kim Jong Un if North Korea promised to reduce nuclear capacity and make the Korean peninsula a “nuclear-free zone.”

With less than two weeks until Election Day, increased attempts by foreign actors to destabilize and delegitimize the election are expected to continue.

“We have confirmed that some voter registration information has been obtained by Iran, and separately by Russia,” said Ratcliffe. “This data can be used by foreign actors to attempt to communicate false information to registered voters that they hope will cause confusion, so chaos and undermine your confidence in American democracy.”

The FBI has identified that Iran is behind a series of threatening emails imitating the Proud Boys, a group considered to be extremist and white-nationalist.

The emails, seen in Alaska and Florida, purport that the Proud Boys have “all your information” and threaten the recipient to vote for Trump or “we will come after you.”

Experts question the impact that the emails alone could have on the election.

“Digital intimidation is of only modest importance,” said Paul Rosenweig, Resident Senior Fellow for National Security & Cybersecurity at R Street Institute, a Washington D.C.-based think tank. “What it really is more about is activation in the real world. Using the digital space to bring out, you know, Proud Boys to a voting spot or something like that.”

«Previous Post
‘I’m the Least Racist Person In This Room’: Trump, Biden Spar Over Race In Final Debate»Next Post
After His Bout With the Disease, Trump Defends Coronavirus Handling