Despite having a stable job, Veronica Kleiman wanted a better life for her children.
By Ana Lacasa October 23, 2020
Facebook
Twitter
Linkedin
Email 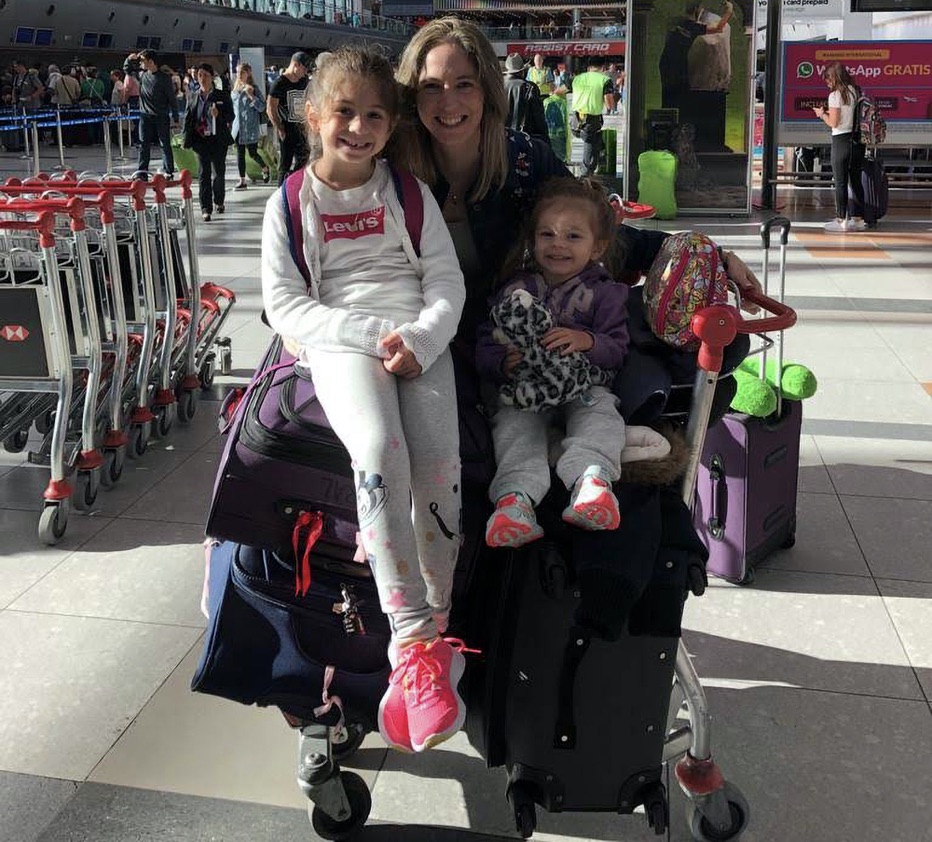 VIGO, Spain — A couple who left their careers behind in Argentina to move to Spain didn’t know how bad things were until they found a new life.

The story of Veronica Kleiman and her family has been going viral in Argentina. She gave up a job in the health ministry and ditched her legal studies to immigrate to Spain, feeling something was missing.

“I have no regrets. I walk down the streets without fear here,” she told Zenger News this month. “I don’t have to worry about looking at the prices in the shops, and I can do things for myself that make me smile and that I couldn’t do before.”

After experiencing a month in London for post secondary school, she wanted to move abroad.

“That brief experience opened my mind to other possibilities, I was fascinated by a neat, clean, orderly and respectful city. When I returned, I felt Argentina was no longer my place,” she said.

But back in Argentina, she met her husband Raul, married and had two daughters. She convinced her husband to take a leap of faith in 2018, amid growing insecurity, corruption and unemployment in Argentina.

“The country has always been bad, and he had had enough,” she said.

The family sold everything they owned, gave up their home and bought one-way tickets to Spain.

“We had the advantage that my husband already had Spanish citizenship, because his parents are from the Spanish province of Galicia,” Kleiman said. “This meant our daughters have dual Spanish and Argentinian citizenship. I have dual Argentinian and Italian nationality. This helped a lot in terms of the practical side.”

They decided to set up a new home in Galicia and the opportunity for a slower pace of life. Also, because of its Citroen car factory, since her husband had experience working with cars. In Galicia, they picked out Vigo, a city with around 300,000 residents versus Buenos Aires’ nearly 3 million inhabitants.

“We chose it because it presented itself with more opportunities, a friendly climate, mind-blowing landscapes, work, education and a good public healthcare system,” Kleiman said. “It has everything you need from a city and the tranquility of a town. Galicians are sociable. You have everything, but above all, a good quality of life.”

Her husband found work at the car factory, while she persuaded a bar owner to let her organize Argentine singers to perform there. While her job is on hold, due to the pandemic, she still gets 70% of her salary.

“Take it from me, anybody washing dishes here has a higher quality of life than there,” she said. “I am not scared of going out at night or worrying every time I hear a motorbike that they are going to stop and rob me.”

The couple admits they have less money than they did in Argentina, but feel more secure. Kleiman and her husband know immigrating can be difficult, but they still encourage families with children to consider the many benefits.

Argentina has had a long history of economic crises; it has been suffering since 2018, when the government faced a buildup of debt, the depreciation of its currency, inflation and a shrinking economy. Led at the time by center-right President Mario Macri, the country asked the International Monetary Fund for financial assistance to avoid defaulting on its debt, and secured the largest IMF loan in history. However, economic conditions have not improved.

Macri lost the nation’s presidential election in October 2019 to center-left candidate Alberto Fernández. Despite instituting several reforms, the COVID-19 pandemic dealt another economic blow to the country. The government defaulted on its debt earlier this year. Last month, it negotiated a deal with creditors to restructure $65 billion of its debt.

Around half of the country’s population was estimated to be living in poverty during the second quarter of 2020, according to researchers at the Catholic University of Argentina. Following months of strict lockdown measures to combat COVID-19, Argentina’s unemployment rate hit nearly 47% by the end of June, as 3.5 million jobs were lost.

Kleiman has put those worries behind her.

“I don’t save thousands, but I live well,” she said. “I didn’t know how badly I lived until I moved to Spain.”