Of the 10 million tuberculosis cases globally, India has 27 percent. 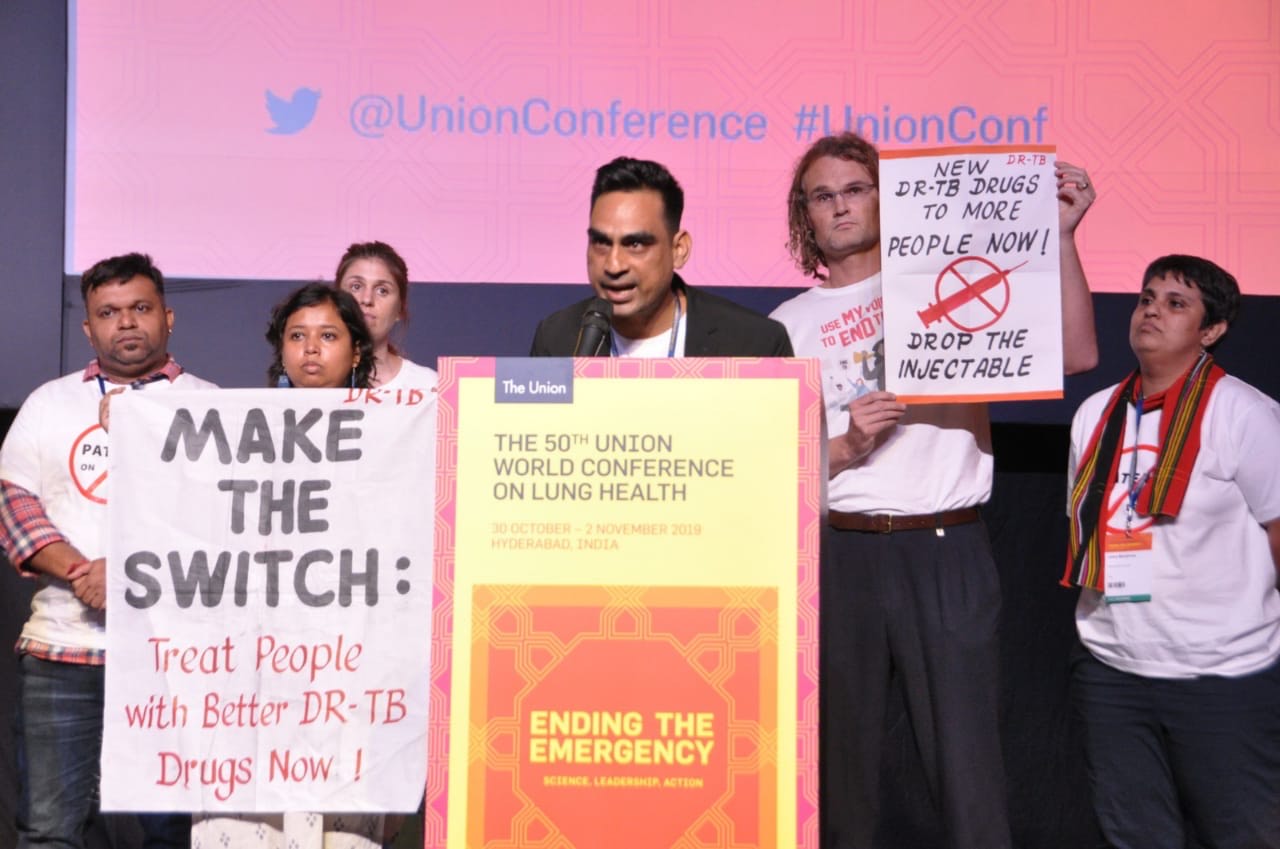 With nearly 27 percent of the world’s 10 million tuberculosis cases, India faces significant issues around the cost and availability of treatment for this infectious disease that primarily affects the lungs.

While TB is curable and preventable, survivors and activists from India have raised their concerns about the lack of access to new oral drugs and the need for an intensified approach to tackle the disease, particularly during the pandemic. They, along with others from around the globe, addressed these issues most recently during the virtual 51st Union World Conference on Lung Health, which runs Oct 20-24.

In their brief video during the conference, activists said the pandemic has devastated TB programs globally and that diagnosis and treatment must be intensified to cover the lost ground. Among the demands they presented are: targeted interventions for marginalized populations; scaling up of new TB medicines to provide injection-free regimens so that drug-resistant patients can get treatment in the safety of their homes; addressing patent barriers for the generic supply of new drug Delamanid; reducing the price of the GeneXpert test; and introducing laws and policies to address discrimination based on TB status.

Of the millions of TB cases globally, an estimated 130,000 are multi-drug-resistant. Patients with drug-resistant TB take thousands of pills and painful injections during the long course of treatment. They also may have to deal with many side effects of these drugs.

“Eight countries account for two-thirds of the total [new cases], with India leading the count, followed by Indonesia, China, the Philippines, Pakistan, Nigeria, Bangladesh and South Africa,” according to the World Health Organization.

“The new oral drugs that have been developed after a long gap of nearly 50 years are still under patents,” said Acharya. “As survivors of the disease, easy and affordable access to newer drugs is crucial for us, and we are rooting for the same.”

Acharya said, “Japanese pharma company Otsuka’s Delamanid remains one of the world’s most expensive TB medicines at $1,700 for a six-month treatment. Since many people need it for a longer period, the high price of the drug has had a chilling effect on access. In India, a few hundred patients have received Delamanid even as the number of drug-resistant TB cases is very high in the country.

“Cost of Delamanid needs to come down,” said Acharya. “We demand from the Indian government to issue a compulsory license for the drug so that cheaper generic versions are available for the patients. The Crown Princess of Japan was present at the opening ceremony of The Union Conference on Lung Health, and as TB activists, we hope that she takes cognizance of the issue of the high price of Delamanid and intervenes to save lives of patients.”

Another TB survivor-activist from India, Meera Yadav, said the new oral drugs are not reaching the patients in need.

“The lack of access to newer drugs only worsens the overall treatment outcome,” said Yadav, who was diagnosed with the disease in 2012. Her treatment continued until 2018 when she was declared free of TB.

“While many people around the world are witnessing first-hand the hardship and disruption that an infectious disease can cause, for those of us dedicated to ending TB and lung disease globally, this is in many ways familiar territory,” José Luis Castro, executive director of The Union stated in a media release.

“The theme of this year’s conference ‘advancing prevention’ has never been more appropriate; failure to invest in the health of our citizens and defeat preventable, treatable and curable diseases such as TB, will leave us terribly exposed to the novel coronavirus and future pandemics. Science and evidence-based policy must be at the heart of everything we do, including the development and roll-out of a safe and scalable Covid-19 vaccine.”

Last week, Maharashtra, a state in western India, initiated two major clinical trials for short and all-oral regimens for the most difficult to treat strains of TB. The two clinical trials use the new generation of TB drugs — Bedaquiline and Delamanid — to find “radically shorter (six or nine months), more tolerable, injection-free treatments for multidrug-resistant TB.”

“These trials are the most important initiatives that will help us find game-changing treatment for multidrug-resistant TB,” said Dr. Stobdan Kalon, medical coordinator with Médecins Sans Frontières, India.

“Treatment for multidrug-resistant TB patients now goes on for 20 months. The new shorter treatment regimens will not only reduce the suffering of patients, but also enable us to treat many more patients. It will be a win-win situation for the TB programs as well as the patients.”

Opening remarks at the Union (International Union Against Tuberculosis and Lung Disease) conference were made by former U.S. president Bill Clinton and World Health Organization director-general Tedros Adhanom Ghebreyesus. Other speakers on the agenda include Dr. Anthony Fauci, director of the National Institute of Allergy and Infectious Diseases in the U.S and Tereza Kasaeva, director of the World Health Organization’s Global TB Programme.

Amazon To Have New Office Home In Australian State

Spousal Domestic Violence Scars Up To Half Of Kids: Study