Army chief orders an immediate inquiry into the allegations. 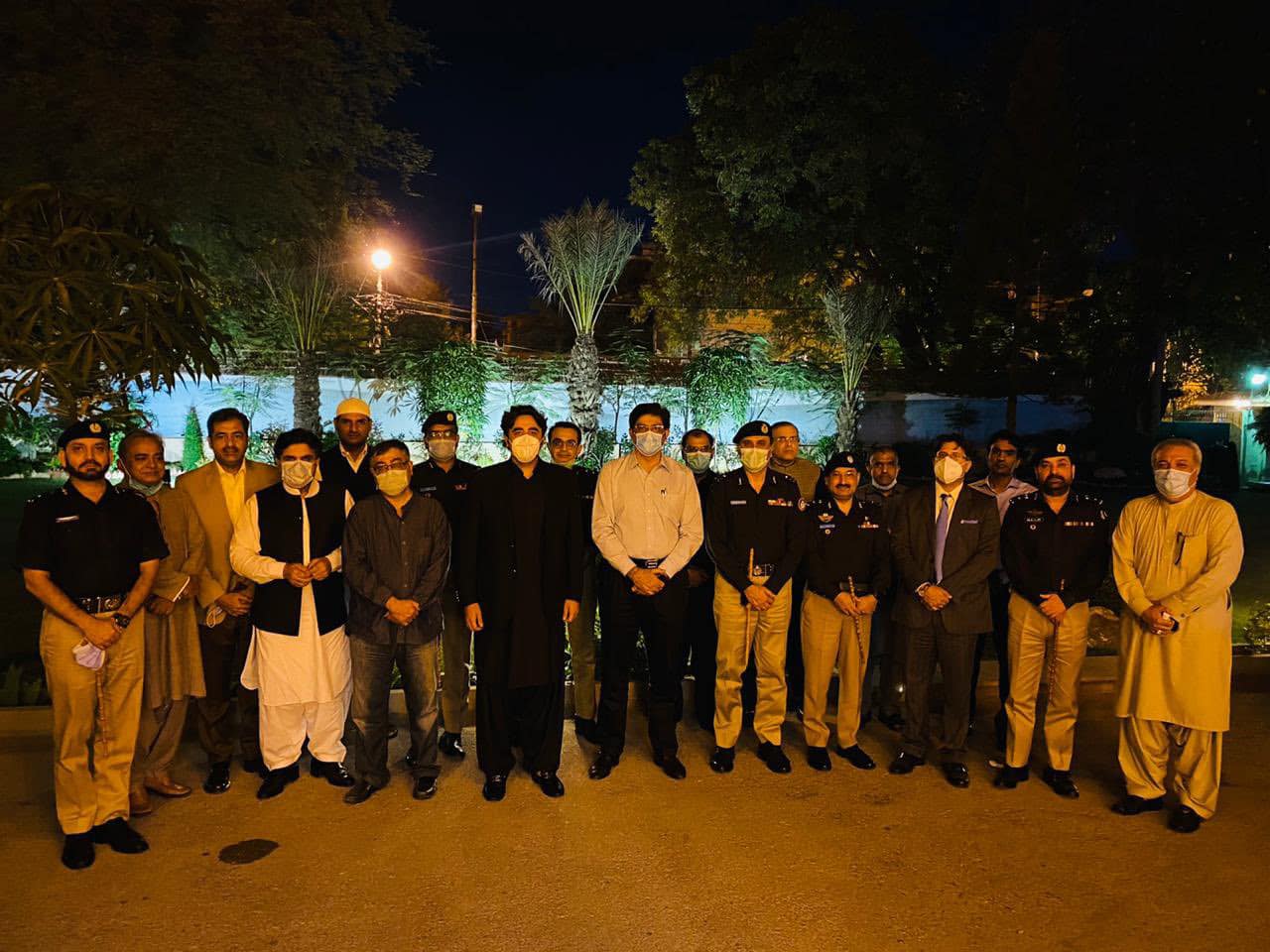 Pakistan army chief Gen. Qamar Javed Bajwa has ordered an inquiry into the alleged abduction of the police inspector general in Sindh province, and forcing him to sign an arrest warrant for Mohammad Safdar, the son-in-law of former prime minister Nawaz Sharif.

Safdar, a retired captain in the Pakistan Army, was arrested by the army on Oct. 18 on charges related to a speech he made at the tomb of the country’s founder ahead of an anti-government protest. Safdar is a member of the opposition Pakistan Muslim League (Nawaz ), or PML-N party, and his wife, Maryam Nawaz, is the party’s vice president.

Maryam Nawaz claimed that the police chief  was forcibly taken from his residence by the Rangers [a federal paramilitary force] to their sector commander’s office, where he was asked to sign the arrest orders.

She further claimed in a press conference that ahead of her husband’s arrest, “after he [police inspector general Mushtaq Mahar] was forcibly made to sign the arrest orders, he was told the Rangers would carry out the arrest.”

Following the incident, and amid public outcry, Pakistan Armed Forces media wing ISPR issued a statement that said, “Taking notice of the Karachi incident, the chief of army staff has directed the commander of Karachi Corps to immediately inquire into the circumstances to determine the facts, and report as soon as possible.”

The statement came a day after opposition Pakistan Peoples Party (PPP) chairperson Bilawal Bhutto-Zardari called on Bajwa and Faiz Hameed, the director-general of Inter-Services Intelligence to investigate the arrest.

After Safdar’s arrest, police inspector Mahar and 15 other Sindh police officials applied for leave. Days later, Mahar deferred his leave and ordered the others to set aside their leave applications for 10 days.

Civil strife and political discontent are on the rise in Pakistan as 11 large and small opposition parties have formed an alliance, the Pakistan Democratic Movement (PDM), against Prime Minister Imran Khan’s government. They have been holding rallies in major cities, including the one in Karachi.

It was on Oct. 18 that Maryam Nawaz went to the mausoleum of the founder of Pakistan, Muhammad Ali Jinnah, to pay her respects. Her husband breached the perimeters of the tomb and raised slogans — a move that has drawn widespread criticism.

It was after this incident the police chief was allegedly abducted and forcibly made to sign the arrest order for Safdar.

Safdar’s wife claimed that the door to their hotel room was broken when Rangers entered to make the arrest.

Ali Zaidi, Pakistan’s minister for maritime affairs, said these claims were baseless. He praised the quick action taken by the inspector general against “the hooligans who disrespected Jinnah’s mausoleum.”

This incident has further pushed Pakistan’s politics into uncharted waters, beginning with an incident in which the PML-N called out the army for deposing its leader in 2017, former prime minister Nawaz Sharif, who is now living in exile in London.

The strict control of Pakistan’s army on the country’s politics is no secret.

Sharif, who went to London for medical treatment in November, addressed a multiparty conference in Islamabad on Sept. 20 via a video link. The decision to form an alliance was made at this meeting.

“Our foremost priority should be removing the selected government and this system. Our struggle is not against Imran Khan,” said Nawaz. “Our struggle is against those who installed Imran Khan and who manipulated elections to bring an incapable man like him into power and thus, destroyed the country.”

He said Yousuf Raza Gilani, the former prime minister, had once pointed out how there was “a state within a state” in Pakistan.

“It is saddening the situation has escalated to a state above the state. This parallel government is the root cause of our problems,” Sharif said.

The incident with the inspector general of police in Sindh is the first major fallout from Sharif’s campaign.

For the public, it is a sign of panic within the army. Despite the relentless civil-military tensions dating o the 1970s, the army has been focused on keeping the political parties in check without alienating civilian administration.

“What is obvious is that it has lent credence to every allegation made by Sharif against the army’s interference in the political affairs,” said Aamer Ahmed Khan — an independent and former head of BBC Urdu. “It may end up as a desperately needed impetus to his attempts in bringing the debate on the civil-military tensions into the public sphere, an eventuality the army has been historically loathed to concede.”

However, he said it was too early to say how the current military leadership plans to live down the allegations of abducting a province’s top police official.