Over 1.6M Deaths in India Linked to Air Pollution in 2019

Bad air quality has also been linked to the deaths of more than 116,000 Indian infants. 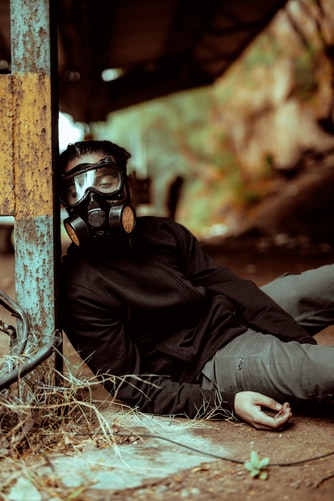 Over 1.6 million deaths in India in 2019 have been linked to bad air quality, according to the State of Global Air 2020 report released on Oct. 21.

The report, a collaboration between the nonprofit U.S. Health Effects Institute and Washington University’s independent Institute for Health Metrics and Evaluation’s Global Burden of Disease project, states that air pollution is now the largest risk factor for death among all health risks.

The report also states that outdoor and household particulate matter (PM) pollution contributed to the deaths of more than 116,000 Indian infants in their first month in 2019.

“More than half of these deaths were associated with outdoor PM2.5, while others were linked to the use of solid fuels such as charcoal, wood, and animal dung for cooking,” it states. “For the youngest infants, most deaths were related to complications from low birth weight and preterm birth.”

Dr. Katherine Walker, the lead author of the report, said in a media statement: “Air pollution has been studied more than any other environmental risk in the world. Decades of rigorous scientific research now underline strong conclusions about air pollution’s major contribution to chronic disease and deaths.”

She said there are solutions to the problem, and that the time for greater global cooperation and action is long overdue.

“As the countries plan for post-Covid-19 recovery, it is crucial air pollution is considered as an important pillar in policymaking,” she said.

“Over the last decade, levels of PM2.5 exposure have either remained high or are increasing, particularly in parts of Asia, Africa, and the Middle East,” the reports states, while “East Asia has seen marked regional reduction in pollution levels, driven primarily by a major decline in PM2.5 in China.”

While many clean energy initiatives have been undertaken, the report’s authors state that much more needs to the done.

“Over the years, we have not been able to reduce the level of pollutants to acceptable standards prescribed under the National Ambient Air Quality Standards, India,” said Dr. Arun Sharma, director, and professor in the Department of Community Medicine, University College of Medical Sciences at the University of Delhi. “The metropolitan cities are more at risk as the background pollution is very high. This hinders the reduction in pollution-related morbidity and mortality.”

Sharma, who is also president of the nongovernment Society for Indoor Environment, said air pollution is a significant detriment and among the leading causes of acute and chronic respiratory illnesses in India.

“As the severity of air pollution increases, mortality and morbidity due to it is also likely to rise. The condition gets worse in cities such as Delhi where the PM2.5 levels are extremely high,” he said.

While there is a popular belief that air pollution affects only the lungs, medical professionals consider its overall impact on human health to be far greater.

“Air pollution has adverse effects of the heart, brain, kidney and the overall immune system. More people died of heart disease and ailments of the circulatory system than respiratory illnesses,” said Dr. Sundeep Salvi, director of the Pulmocare Research and Education Foundation.

“Each one of us is exposed to air pollution, but its impact varies based on a variety of factors such as age, co-morbidities, existing lung ailments,” said Salvi. “The community-based studies over the years have shown the tremendous impact of bad air quality on human beings. It also increases body weight and is a major contributor to obesity.”

“Preterm birth and low birth weight are among the leading causes of neonatal and infant mortality,” said Dr. Ashok Anand, head of the gynecology department at JJ Hospital in Mumbai. “We have often seen pregnant women, coming from heavily polluted areas due to the presence of industries, delivering premature or low birth weight babies. &mldr; It turns out they have been exposed to the pollutants for a very long time.”