Initial investigations suggest gas leak as the cause. 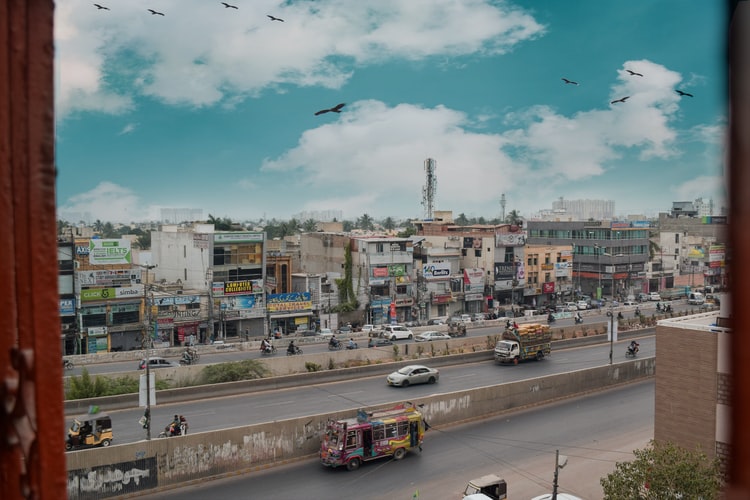 At least five people were killed and another 20 were injured in an explosion in a multistory building in Karachi on Oct. 21.

The blast occurred at 9:30 a.m. in the densely populated area of Gulshan-e-Iqbal. The building houses banks, small stores and restaurants.

The blast, which severely damaged the building, is believed to have originated on the second floor, according to law enforcement agencies. The area was cordoned off after the blast and a bomb disposal squad was called in to investigate.

“No trace of an improvised explosive device was found at the scene,” said Iftikhar Shallwani, Karachi administrator.

He said the blast was due to “gas leakage, according to the initial investigation, but a full inquiry has yet to be completed.

Sindh Chief Minister Murad Ali Shah has asked for a detailed report about the incident.

“All the residents have been rescued, and these people will be shifted to another location as the building is not livable anymore and will be demolished,” said Sindh Provincial Minister Saeed Ghani.

“We cannot say whether it was a cylinder or gas leakage blast. There was no sign of fire or explosive material,” Ghani told Zenger News.

He said that search and rescue workers had confirmed there was no one under the debris.

“We were working when there was a blast and debris fell on us. There was dust everywhere and I somehow managed to get out of the bank, where people had gathered in large numbers,” said Malik Shahzeb, 35, who works at a private bank on the ground floor of the building.

In January, a gas leak from a stove inside a restaurant triggered an explosion in the same area, shattering glass and injuring five people who suffered burns.

Every building in the area is required to meet minimum fire protection measures, including fire alarm and detection systems, fire extinguishers and emergency response plans, according to the Fire Safety Provisions 2016. Fire drills are also to take place as soon as possible, but no later than within one year of notification of these provisions.

“Every year, a significant number of casualties and injuries occur due to fire incidents in the country,” the Building Code of Pakistan (Fire Safety Provisions 2016) states.  “Unfortunately, about 70 percent of the deaths take place in the existing buildings, including housing, commercial and industrial units due to non-provision of fire safety and fire protection systems.

“A large number of major fire incidents happened in big cities during 2015-16, wherein a significant number of people died, with massive loss of material and property apart from creating environmental pollution.”

Some observers say that despite Pakistan having building codes and fire safety requirements and bylaws, they are not implemented.

“The Building Code of Pakistan is a 250-page document having all the bylaws. But when it comes to its implementation, I will not be wrong if I say, it is nonexistent in the country,” said Tariq Moen, director of the nonprofit Fire Protection Association of Pakistan.

He said that with the exception of multinational companies in Pakistan, businesses and residents do not take fire safety seriously.

“We would rather have expensive fixtures and fittings in our homes and offices but not install fire alarms and blankets worth PKR 7,000 ($43),” Moen said.