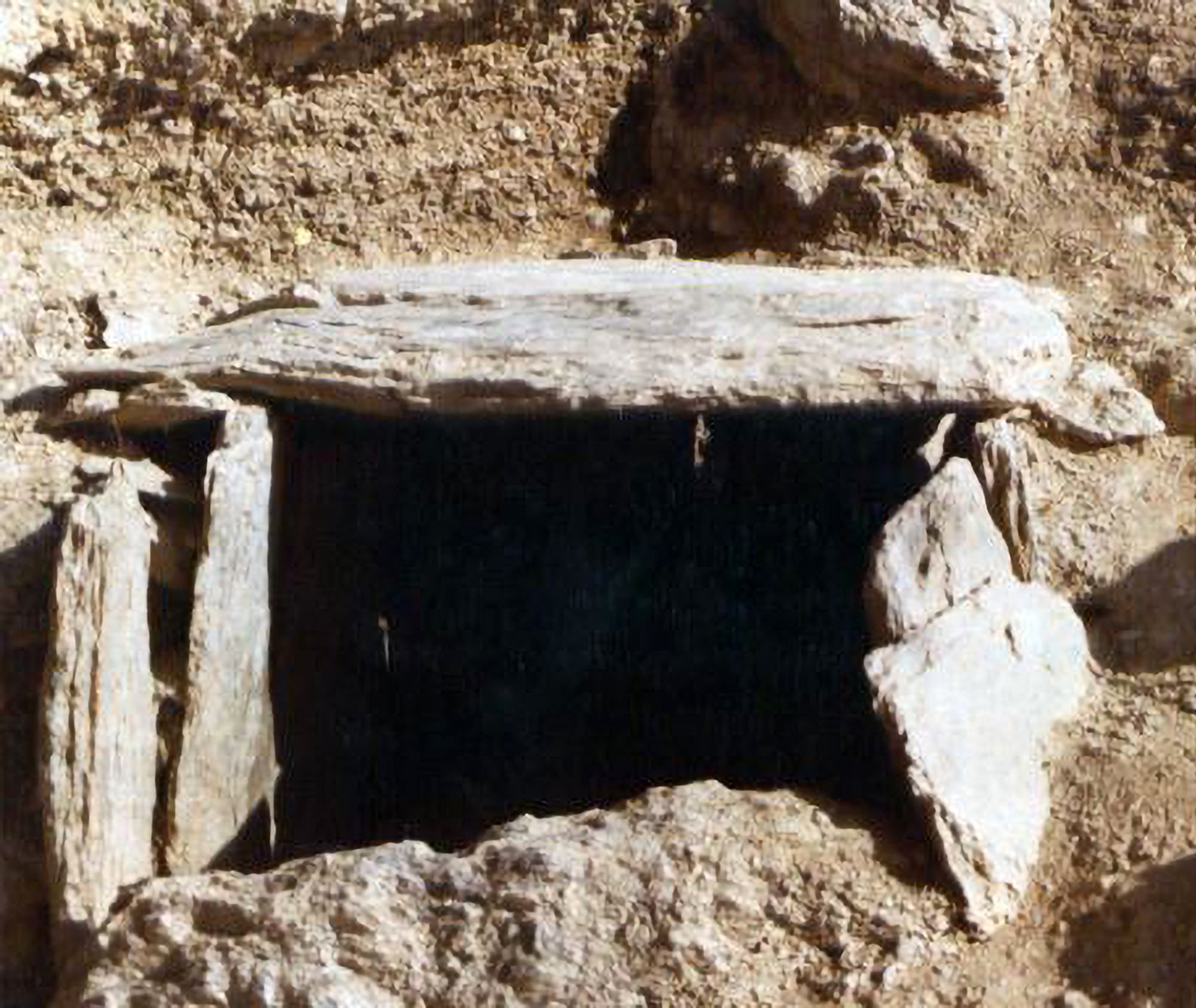 The burial of the adult male. (Gobierno de Andorra/Real Press).

The bodies are from a family of three — two parents and a baby boy — who lived around 3975 to 3790 B.C., shedding new light on how Stone Aged society valued and treated families and their cultural practices. Researchers found the remains in the Neolithic necropolis of La Feixa del Moro, in the Pyrenees mountains in Andorra, a small country between Spain and France.

A pioneering genetic analysis by the Forensic Genetic and Population Genetic Group at Complutense University of Madrid has been able to establish a variety of details about the family, down to their eye color.

“This discovery is important because it is a site where domestic and funerary structures coexisted,” FGPGG researcher Claudia Gomes told Zenger News. “It is the first time that we have been able to determine the appearance of the three Neolithic individuals, including the baby.”

New parenthood genetic and biogeographical analysis techniques were used, as well as a genetic analysis of the remains’ external characteristics to establish the bodies’ hair color, eye color and skin tone.

Researchers established that the mother and the newborn both had dark brown hair. It is not known if the “father” was biologically related to the baby, as he had dark auburn hair. All the family had brown eyes.

The way the family died is still a mystery.

“We do not have the physical evidence to determine the causes of the death of this family”, Gomes explained, but she confirmed that taphonomic analysis showed that the mother and newborn were buried at the same time.

The ultimate goal of the research project is to establish a multidisciplinary interpretation of the Neolithic history of the Pyrenees, which was a route connecting the Iberian Peninsula to the rest of Europe.

The site where the family was found sits at about 1,335 meters (roughly 4,400 feet) above sea level in Sant Julia de Loria. Three sites have now been registered in the area, one of which was excavated and the other two are untouched.

The area has been studied since the 1960s, when children from the nearby town of Juberry who were playing there found some ceramic items, the  age of which was later officially documented by Pere Canturri, a respected local historian and ethnographer.

“Then, in 1979, collectors made a clandestine dig in the burial and extricated eight axes, and in 1983 the official archeological investigation started,” Gomes said. “La Feixa del Moro gives us information about the mountain populations, where there has not been a lot of investigation, either.”

Archeologists and historians have established that the Pyrenees were used as a communication highway between the Iberian Peninsula and the rest of Europe during the Neolithic period, and not a barrier, as was once believed.

“It’s difficult to know the intensity of the human movements through the Pyrenees. However, the discovery of tools such as axes tells us that the communities were not isolated, but had contact with other groups on both sides of the mountains,” Gomes said.

Evidence from the site also points to an inhabited area surrounding the burial site where small groups that were biologically related settled.

“The concept of family is more than a biological one. Across every era, culture and region, the ‘family’ is more in a communal or tribal sense—it could be extended to other members of the community, or other adopted people, rather than a person with the same biological origins.

“That’s why this changes the concept of ‘family’ reflected in the funeral ritual—burying them in similar ways to other individuals considered to be from the same family, no matter if it was biological or not.”

Archeological investigations in the area are continuing.