The giant mollusks can have shells up to four feet long. 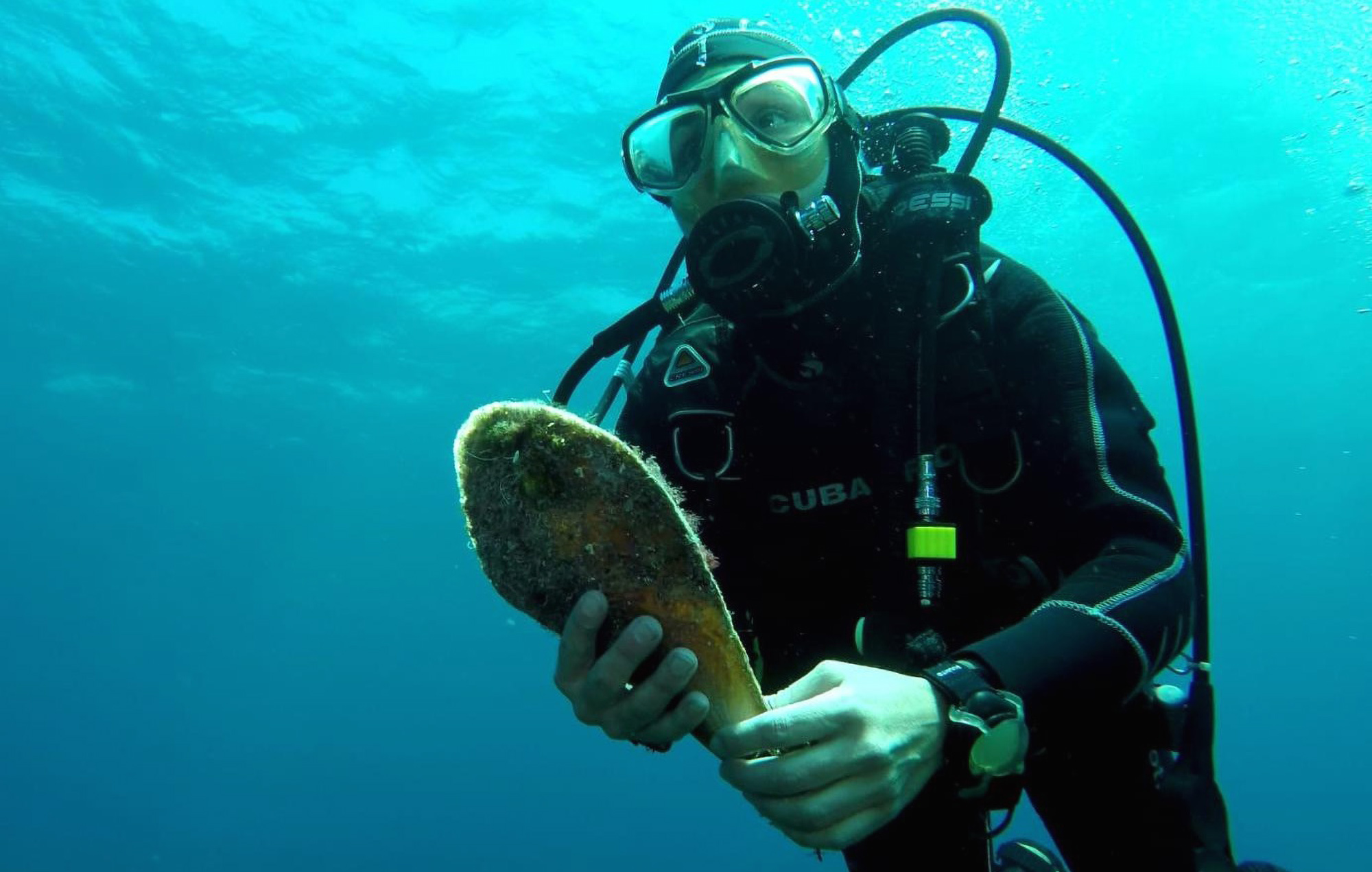 The transfer of the mollusks by divers. (CAIB/Newsflash)

MALLORCA AND MENORCA, Spain—Eight live specimens of the exotic fan mussel (Pinna nobilis) have been located near the Spanish islands of Mallorca and Menorca after it was believed they had been decimated by a parasite.

Technical staff from the Department of the Environment and the Balearic Oceanographic Center confirmed the discovery of the fan mussels in a search carried out in the Mediterranean Ocean on Oct. 19.

Pinna nobilis, commonly called the noble pen shell or fan mussel, is a large species of Mediterranean clam, reaching up to 120 centimeters (4 feet) in shell length.

Most of the specimens found were located by individuals, mainly sport divers, who were asked by experts to report any sightings, since the population was thought to possibly have been rendered extinct.

The threat to the species began unfolding in 2016, due to the invasion of a parasite in its habitat. However, conservation efforts seem to have saved some of the large mollusks, including those found in the recent sweep.

At first, it was a mystery as to why mollusks were dying. But extensive tests exposed the presence of a parasite within the digestive gland of the pen shells that caused the widespread deaths.

Earlier this year, the mollusks’ plight placed the Pinna nobilis in the “critically endangered” category on the International Union for Conservation of Nature’s Red List of Threatened Species.