Staff held a birthday party to cheer up a fish who missed visitors because of pandemic restrictions.
By Les Steed October 22, 2020
Facebook
Twitter
Linkedin
Email 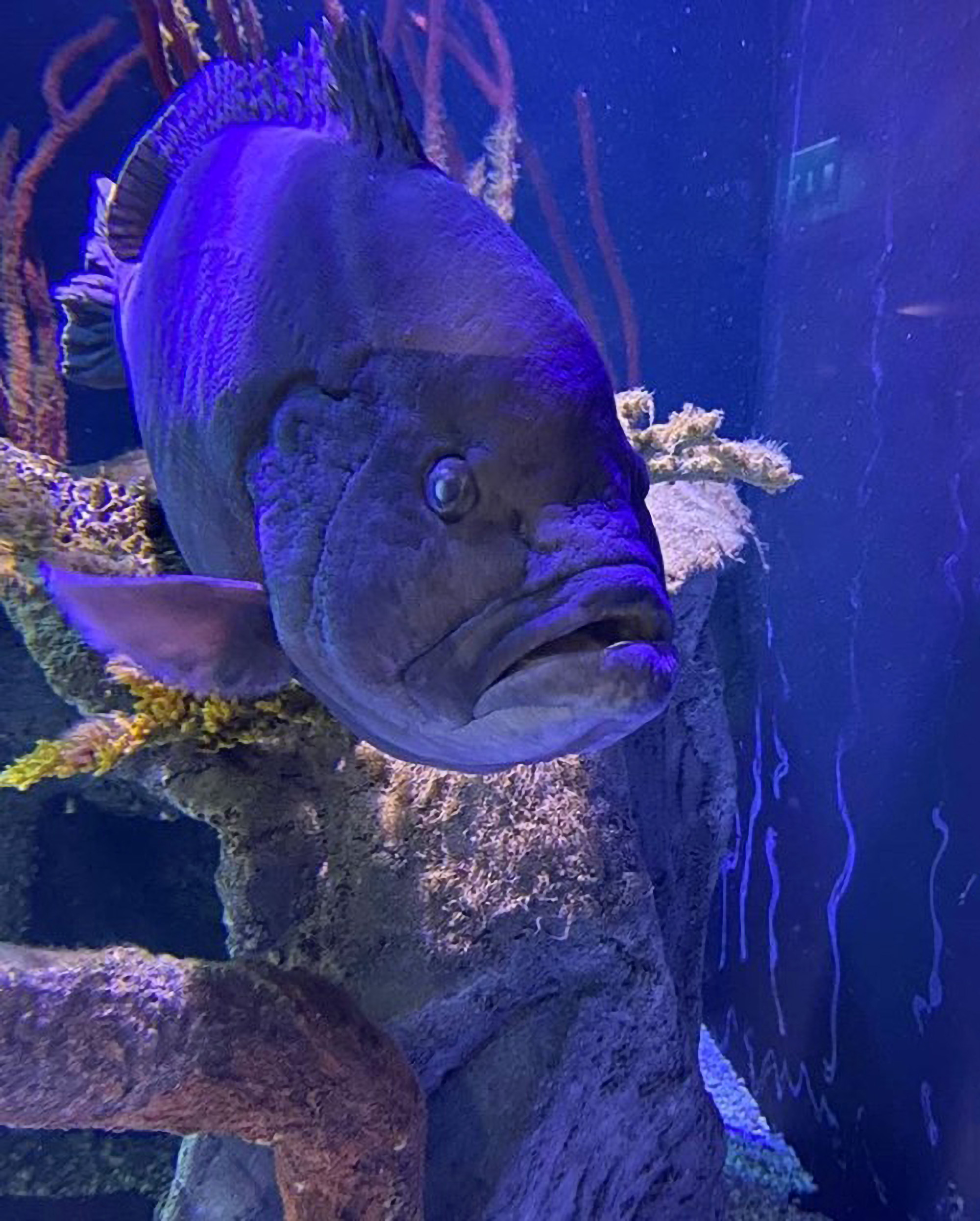 HELSINKI—A fish that slipped into a funk during the coronavirus pandemic got a chance to cheer up for his 16th birthday.

Staff at Sea Life Helsinki threw a week-long birthday celebration for Mikko the grouper beginning on Oct. 12, after he became listless when the aquarium closed during the country’s lockdown measures. To kick off his party, the fish enjoyed a cake made of salmon.

Finland, which has recorded nearly 14,000 cases of COVID-19 and about 350 deaths, implemented restrictions to mitigate the spread of the virus earlier this year, including closing most public places. During the aquarium’s closure (which has since ended), staff and caretakers began taking their lunch and coffee breaks near Mikko’s tank to keep him company. They also brushed him with a soft brush to keep him active and set a TV up close to him.

Mikko has lived at the center since 2007 when he was donated by an aquarium shop owner because he was outgrowing the tanks there and kept eating other fish. Since living at Sea Life, he has moved tanks at least three times for similar reasons.

The trouble-making fish also stole and swallowed a nearly 14-inch brush that he grabbed from a keeper last December. He later had to be anesthetized so it could be surgically removed.

The grumpy fish has had other episodes in the past due to loneliness, a result of his fish-eating habit. The sociable animal, whose latest victim was a poisonous red lionfish, tends to be happier when put in tanks with other fish, with whom he interacts.

“Mikko has lived on his own since the incident with the red lionfish, which is also why he likes having company and visitors. This is seen with him being more active and moving around more,” an aquarium spokesman said. “When we had to close the attraction during spring due to COVID-19, the caretakers and other staff clearly saw that Mikko seemed more apathetic due to there not being any visitors. He was more still and distant than usual in his tank.”

While Mikko may not be a favorite of his fellow fish, the 33-pound blue grouper is popular with the visiting public and even has a fan wall by his tank.

“Mikko is known as a curious fish. He clearly checks out the visitors that come and see him. Quite often, he likes to just stare at you and only move occasionally,” the spokesman said. “However, whenever he sees staff approaching, he tends to get more active because he knows there is food coming.”

Since the aquarium reopened to visitors over the summer, Mikko has shown positive signs of improvement and is more active in his tank.

Grouper is a genus of fish, most commonly belonging to the subfamily Epinephelinae, that live in oceans across the world. The fish can grow several feet in length and have large mouths. Because they do not have many teeth, they usually swallow prey rather than biting and chewing.