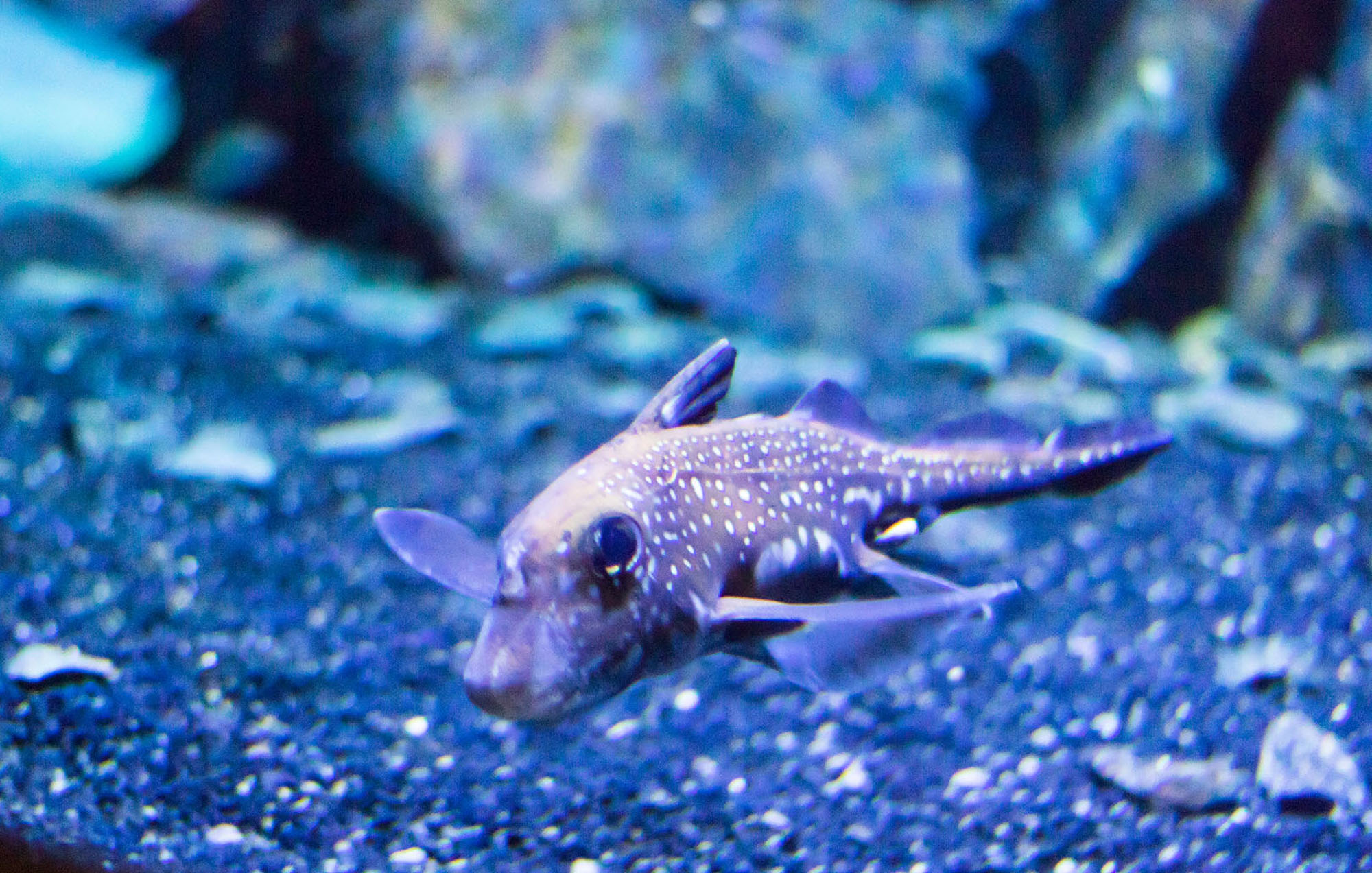 Baby chimeras from the Pacific survive more than a year in captivity. (Planet Ocean Montpellier/Real Press).

MONTPELLIER, France — A team of scientists here has raised a group of chimaera from the Pacific Ocean in a tank, becoming the first to keep the deep-sea fish alive in captivity for a year.

The juvenile fish, which mostly live in temperate ocean floors up to a depth of 2,600 meters (8,500 feet), were fed by hand in a special incubation tank created  for them. The team also had to work on lighting, temperature, placement of eggs and other variables, to ensure the fish would survive.

The feat took place at Planet Ocean Montpellier, which is located in southern France on the Mediterranean coast. A year ago, the aquarium announced it was one of several such facilities around the world to successfully manage the birth of chimaera.

Now, Planet Ocean said its fish have become first in the world in captivity to reach their first birthday.

“The Pacific chimaera lives in the icicle depths of the ocean and is therefore difficult to observe,” said Annick Alazard, head of Planet Ocean Montpellier, in a statement. “We are proud to have managed to recreate the species natural living conditions and to finally be able to present these juveniles to the public. This is a beautiful advance  making people aware about the wonders of biodiversity.”

As with some sharks and rays, according to a press statement from the aquarium, these chimaera fish lay eggs in elongated capsules. Apart from that information, few elements have been published regarding their reproduction, such as how long it incubates, what it eats, and how juveniles behave and grow.

Alazard said that over the last few years, some Japanese and American teams have managed to hatch chimaera eggs, but  they had not survived.

Nicolas Hirel, a conservationist at the aquarium, said in celebration of its achievement, the team had made a cake and held a small party to celebrate the chimera marking their first year. The team taking care of the fish, which are rarely found at depths shallower than 200 meters (660 feet) say they have documented the first few months of their existence, with six specimens alive and in good health, along with one that’s a year-and-a-half old.

The Pacific chimaera is a distant cousin of sharks and rays, and it has a similar cartilaginous skeleton. Chimaeras—whose name comes from a monstrous fire-breathing hybrid creature from Greek mythology—are also known as ghost sharks, rat fish, spookfish, or rabbit fish.