Hundreds of thousands are being hired to meet fulfillment demand of online shopping. 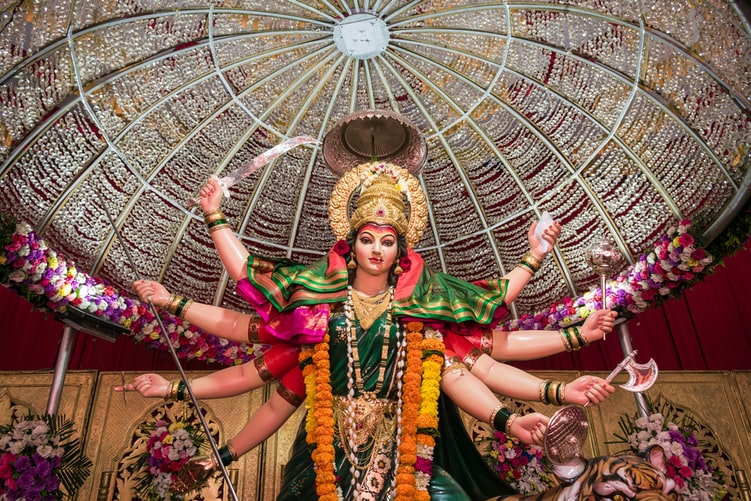 It’s not only the festive season for millions of celebrants in India, but also a promising season for hundreds of thousands of people who are being hired by e-commerce giants during this prime shopping period.

E-commerce festival sales are estimated to reach $7 billion — nearly doubling the 2019 figure — and create 300,000 jobs, according to a recent report by research firm RedSeer.

While online shopping has increased during the pandemic, sales are expected to ramp up significantly during the festive season, which begins this week with the 10-day Hindu festival of Navratri, followed by Diwali, the festival of lights, which this year falls on Nov. 14. Navratri and Diwali are two of the most important and popular festivals during the season that lasts through December.

Though e-commerce giants Amazon India and Flipkart roll out exclusive offers throughout the year, sales during the festive season last longer — usually up to seven days. Sales campaigns begin early in the season, with rival firms trying to get the most popular Bollywood celebrities for endorsements.

RedSeer, in its October 2020 report, estimated that total shipments during the first e-commerce festive sales event would grow by 60 percent year-over-year and reach 150 million, compared with 95 million in 2019.

Around 60 percent of new jobs are expected to be in logistics, while around 20 percent may be hired for roles in warehousing and customer service functions each.

Amazon India on Sept. 30 announced that it had created over 100,000 seasonal job opportunities ahead of the festive season. The new associates will work in the areas of picking, packing, shipping and delivering orders, the company said in a press release.

“This festive season, we are looking forward to serving customers in every part of the country by providing fast, safe and a more seamless e-commerce experience to them from the safety of their homes,” said Akhil Saxena, vice president, customer fulfillment operations (APAC, MENA and LATAM), Amazon India.

“This year, more than 100,000 seasonal associates will join us to fulfill customer promises. We remain committed to creating job opportunities across the country, especially at a time when the pandemic has posed challenges in earning a livelihood for many,” he said.

Amazon India, which has extended to one month its Great Indian Festival sale that started on Oct. 17, reported that over 5,000 sellers clocked sales worth INR 1 million (10 lakh) in SMB pre-festive lead up and first 48 hours of the sale. The firm also saw an increase in new customers, with 91 percent from small towns. There were also 85 percent more sign-ups for Prime Early Access year over year, the company reported.

Amazon rival Walmart-backed Flipkart also stepped up hiring across logistics and tech to meet expected growth in daily shipments during its flagship event, the Big Billion Day (BBD) sale. In September, the homegrown marketplace said it would create over 70,000 direct and thousands of indirect seasonal jobs. It also partnered with 50,000 kiranas — physical grocery stores — to create additional indirect jobs.

“The complexity and scale of Big Billion Days requires investments for capacity, storage, sorting, packaging, human resources, training and delivery, which helps generate additional employment during the festive season,” the company said in a statement provided to Zenger News.

In the BBD sale that began on Oct 16, Flipkart saw more than 9 million visitors on the platform. Sellers also reported year-on-year increases.

Daily e-commerce shipments in India have grown from 3.7 million pre-pandemic to 5.1 million in August-September. Average daily shipments during festive season are set to see a 1.8X jump year-over-year, reaching 22 million this time, according to RedSeer data.

Logistics companies such as Ecom Express, Blue Dart and Shadowfax also ramped up their infrastructure and hiring ahead of the season.

“With most private companies extending work-from-home model for their employees until the year-end or March 2021, people are going to step out less of their homes, therefore driving up the volume of online shipments, the way it has been until now,” said Dhananjay Singh, director general of India’s National Human Resource Development Network.

“Unlike during the breakout of the Covid-19 when people preferred spending only on essential needs, shoppers now don’t mind spending on fashion or other expensive goods,” said Singh. “The only way the pent-up demand could be realized was through e-commerce channels. So even if sales come down post the festive season, the behavioral shift in buyer perception will have a long-term impact in retaining seasonal employees hired by logistics firms and online retailers.”