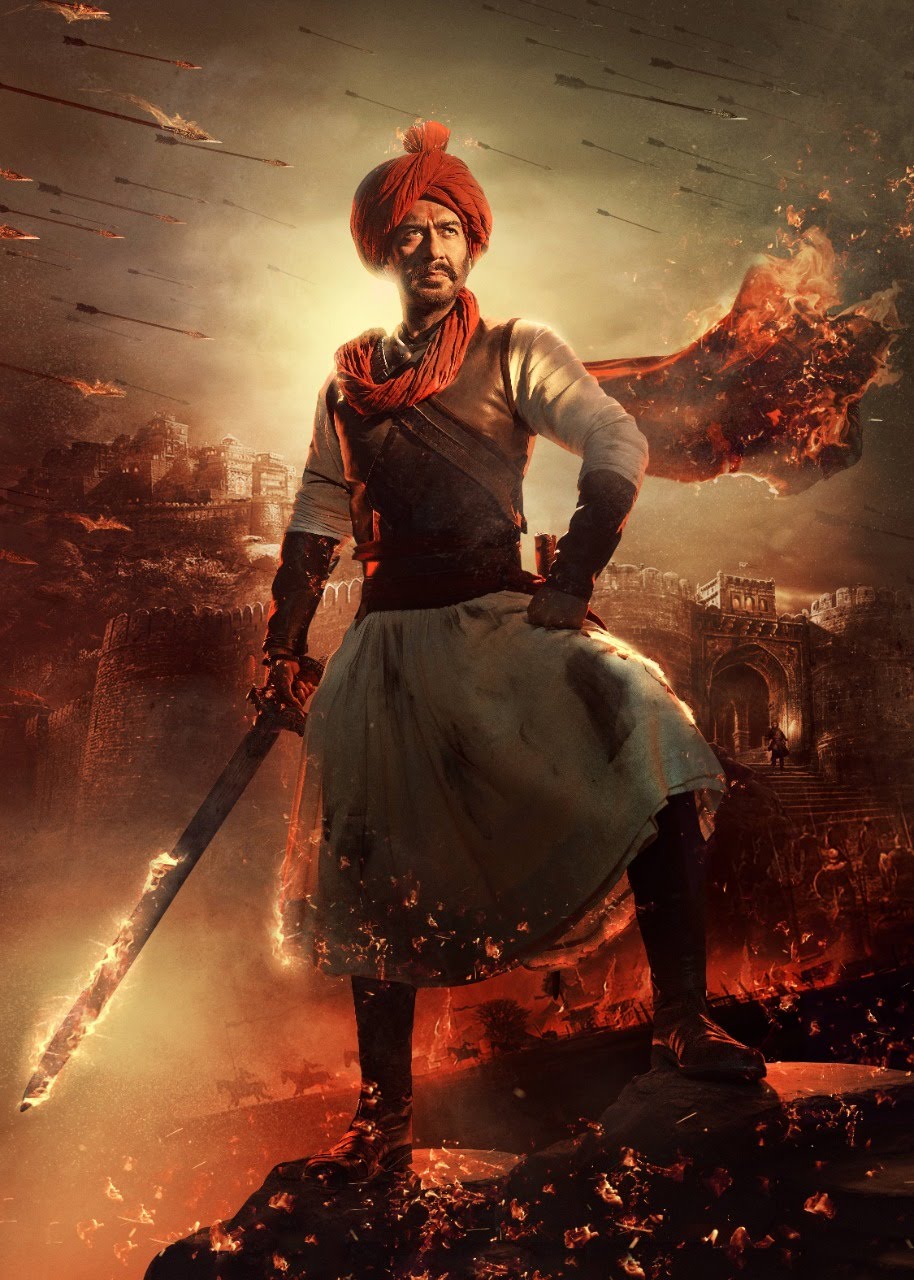 A still from "Tanhaji: The Unsung Warrior," that will be re-released in theatres. (Courtesy Ajay Devgn Films)

After seven months of being shuttered, cinemas across India reopened on Oct. 15 and will screen re-releases for the first few weeks of operations.

A handful of films has been announced, but most, like “Thappad,” “Tanhaji: The Unsung Warrior,” and “PM Narendra Modi,” have already exhausted their theatrical shelf lives. This will be their return to the big screen after a substantial period of being available on streaming platforms.

None of the announced films are big blockbusters that usually lure audiences to cinemas. With the advent of streaming platforms, Bollywood box office collections have almost entirely been sustained by big-budget magnum opus films. More than 100 Hindi films saw theatrical releases in some form last year alone and that’s without considering the scores of regional films produced.

New titles will only start trickling into cinemas in November starting with “Suraj Pe Mangal Bhari” on 13th, followed by “Sandeep Aur Pinky Faraar,” which was to have been released in March. The others slated for a theatrical release include “Bunty Aur Babli 2,” “Madam Chief Minister,” and “Indoo ki Jawani.”

“We heard about Tanhaji re-releasing,” said Meena Iyer, CEO of Ajay Devgn Films. “The film had a superb run at the box office earlier this year and if exhibitors feel it can attract more viewers, well, that’s nice. It’s our labor of love.  The further it travels, the happier we are.”

The film “PM Narendra Modi,” that was released in May 2019, coincided with the Lok Sabha elections to vote in the Central government in India. The film did rather badly at the box office and couldn’t even cover its production budget of Rs 25 crore ($34,04,075).

“Our film didn’t get the mileage we expected due to various reasons,” said director Omung Kumar. “So it’s great that theaters are reopening and the film is getting a re-release. It’s a pity that the movie halls will be full only to 50 percent capacity, but we have to work around it.”

The central government has issued stringent guidelines to be followed and the most important one says that there is to be only 50 per cent occupancy for each screening. Seats have been separated to maintain social distancing with show times and frequency staggered to ensure safety measures are adhered to.

Most screenings will be scheduled only between noon and 8pm. Masks and temperature checks will be de rigueur and phone numbers will have to be submitted for contact tracing, if required. Food and beverages will be sterilized under ultraviolet light before being served. The cost of additional safety measures, however, will not affect ticket or concession stand prices. To reduce unnecessary contact, the center’s guidelines encourage digital payment at ticket counters.

“Even the biggest movies don’t get more than 50 to 60 per cent occupancy on a normal day,” said Shailesh Kapoor of Ormax Media, a firm specializing in trade insights. A significant factor for box office collections depends on the number of screens slotted for a film and the frequency of screenings. “No one has announced any big release as of now, and we have to wait and see how audiences react to theatres opening.”

Kapoor added that in light of the pandemic, it’s unlikely that people will risk going to see films that are readily available to them at home.

“It’s a bit of a chicken and egg situation. There are no new releases because producers want to gauge how audiences react and people won’t watch a film that’s already old,” said the analyst. He’s of the opinion that the occupancy might not even touch 10 percent, but once filmmakers take a risk and release a new film, even the 50 percent occupancy mandate might get relaxed.

When trade analyst, film producer and editor of Super Cinema Amul Mohan spoke to Zenger News, it was the first day of cinemas reopening in the country on October 15.

“There’s no buzz at all,” he said. “It’s not going to get back to how it used to be for quite some time now.”

Historically, the last quarter of the year is packed with big-ticket releases. It also accounts for up to 40 percent of the year’s box office collections. The three-month period is heavily peppered with a list of public holidays from the Hindu festival Diwali to Christmas and New Year. The abundance of holidays, specifically for schools, results in heavy footfalls at cinemas.

“The cinemas reopening is nothing but a dry run,” said Mohan. “After all, cinema owners have to compete with OTT platforms now. They’ve lost most of the holidays of the year.”

One of the biggest films of the year, “Laxmmi Bomb” is releasing directly on Disney+Hotstar. Even an international film like “Tenet” that was released worldwide during the pandemic, has not announced dates in India, a huge market for Christopher Nolan films, and a sizable chunk of the international box office market.

“The returns have to be substantial and that won’t happen with 50 percent capacity,” concluded Mohan. “Everyone wants to play it by ear, including cinema owners and filmmakers.”

Approximately, 10,000 cinemas were asked to cease operations in March as part of the nationwide coronavirus lockdown. The country has more than 8,000 screens with more than 3,000 in multiplexes and the rest as single-screen establishments in tier two and three cities and towns.