Ready-made objects are repurposed into ambitious works of art. 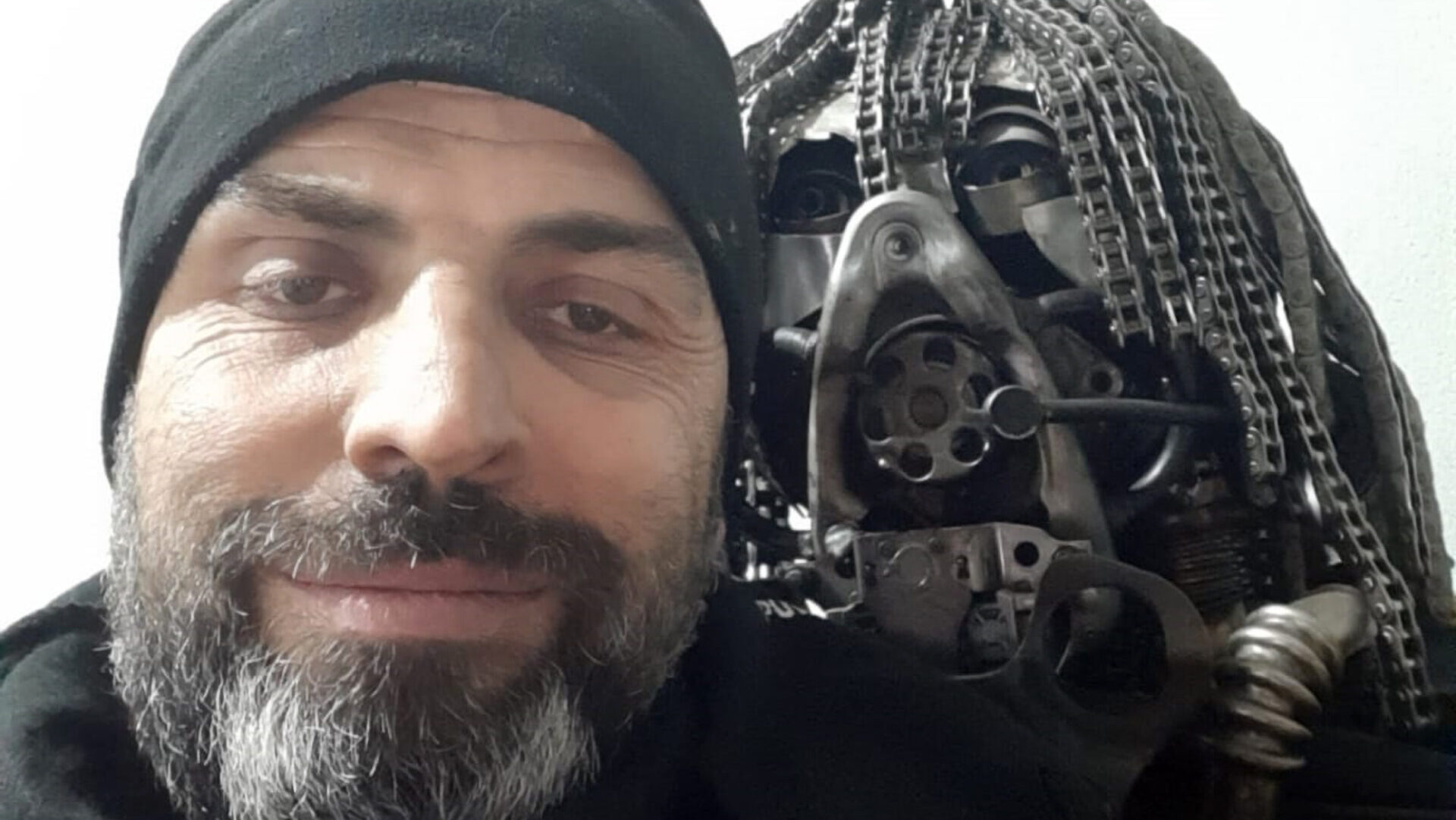 DUZCE, Turkey — A mechanic has found an artistic way to salvage spare parts from the cars he fixes.

Murat Cetin, who has worked at the Duzce Kucuk Sanayi Sitesi auto repair shop in Turkey for the past two years, spent three months creating a life-sized statue of a rock star. The piece is just one of many he has fashioned out of scrap metal since childhood.

“I grew up in the countryside, where I used to make my own toys with my older brother. I was always a good artist and would paint a lot as a child,” he told Zenger News this month.

“I was helping my friend work on his car about two years ago. I saw the damaged and replaced parts scrapped from the vehicle we repaired could be repurposed,” he said. “The structures inspired me, so I tried to make little toys: small motorcycles, small robots, wall clocks.”

The collection of items caught the attention of customers and became “a bit of an art exhibition” as they came in with their families to take pictures.

Cetin has since created more ambitious projects, beginning with a “Terminator”-style robot complete with a mini-gun and ammunition. His latest creation, the life-sized rocker, was inspired by his guitarist friend and neighbor.

“My friend said it would be nice to have a robot statue with him on stage to keep him company. I joked that I’d make him a rocker robot, but it inspired me,” he said. “When I was building the rocker robot, I didn’t know anything about guitars and performing on stage. I just imagined my friend’s image and developed the structure in my head.”

The robo-rocker took him four months, as he waited to fix vehicles with other parts needed to complete his vision. The parts used to create the rocker’s hair took about two months to find.

“I envision this image beforehand. All of these parts have their place. There are places where I have difficulties, but because I have finished the whole job in my head, I can actually finish the construction in a few days when I have the time and the right bits,” he said.

Each of Cetin’s sculptures weigh between 550 to 660 pounds, and he has big plans for more. His next project is a sculpture of Nusret Gokce, a renowned Turkish chef and restaurant chain owner whose almost theatrical meat-seasoning style has made him an internet sensation in his home country.

“I have other projects that I want to start: a Turkish soldier holding a Turkish flag, a Black Sea man playing kemence (a stringed bowed musical instrument), a crocodile,” he said. “I start by creating drawings and making the measurements. Then I bring it to the project phase and start putting it together.”