The phased plan aims to ban plastic straws, bottles and bags, many of which find their way into the Indian Ocean. 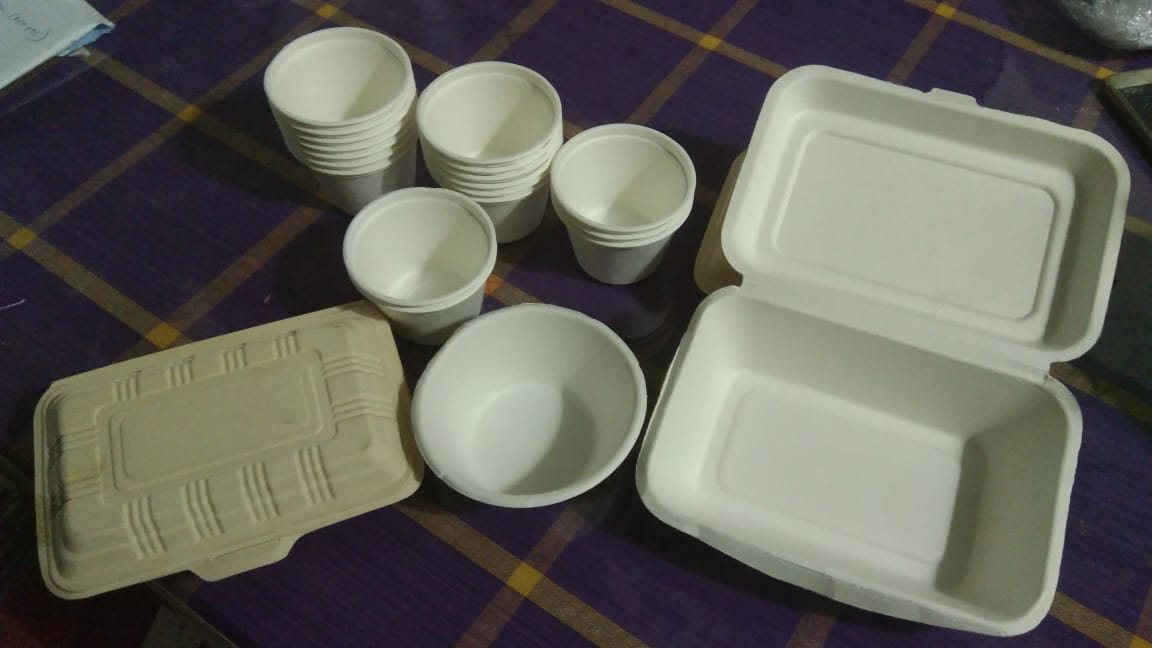 Yogurt cup made out of banana waste. (Courtesy: Menaka Ariyarathna.)

As Sri Lanka ranks near the top of the heap of the worst plastic-waste polluters in the world, the island nation is taking steps to reduce non-biodegradable waste and help preserve the environment.

A proposal before the Cabinet of Ministers to ban single-use plastics, such as bags, straws and bottles, starting in 2021, comes on top of a ban introduced in 2017 on polythene bags under 20 microns in thickness. The 2017 ban came into effect after the island’s biggest dump collapsed, crushing numerous homes and killing 32 people.

Waste generation per capita in Sri Lanka is 215.4 kilograms (474 pounds) a year, dominated by food and beverage packaging, according to the World Bank Waste Atlas.  South Asia is the third-largest contributor to the global plastic waste and Sri Lanka ranks fifth, according to earthday.org.

In addition, tonnes of plastic finds it way into the Indian Ocean.

“We plan to ban plastics in a phased manner. In the first phase, we are planning to ban plastic straws and PET bottles. The PET bottles are used for pesticide storage and cannot be recycled due to their contamination. However, the pharmaceutical sector would be exempted from this ban,” said Hemantha Jayasinghe, director-general and chief executive officer of Sri Lanka’s Central Environmental Authority, which introduced the ban proposal to the Cabinet of Ministers.

While recycling facilities are available, there is no data at the national level on how much capacity these facilities have, according to a report by the  South Asia Co-operative Environment Programme (SACEP).

“We have two plants in Sri Lanka. One of them converts PET bottles into yarns. The supply of raw materials is insufficient as there are problems with the collection of the bottles. If they are collected properly, these plants would recycle efficiently,” said Sudesh Nandasiri, chairperson of the Sri Lanka Recyclers Association and former consultant to the minister of industries.

Before these units came on board, 80 metric tons of PET bottles were exported to India from Sri Lanka, according to the SACEP report.

“Following India’s ban on import of PET bottles from Sri Lanka, the waste continued to be exported into countries such as China, Taiwan and Bangkok,” said Nandasiri.

Soft drink companies in Sri Lanka have decided to use PET bottles as an alternative because they are recyclable. However, the country does not have enough recycling plants.

“Companies like Coca-Cola don’t know how many of those bottles are recollected,” said Jayasinghe. “The recollection facilities of the municipalities are not systemized and need to be developed.”

“We will be introducing glass bottles by next year to adopt the new policies. There is no other option but to shift to an alternative to plastic,” said Kasun Ranatunga, brand manager for Aquafresh. “We will be sourcing the glass bottles from the factories in Sri Lanka, and their introduction will affect the price of the product. As far as transportation is considered, we will take the precautions to minimize breakage. This may be possible by rebranding our trucks.”

Unilever Sri Lanka, which sells shampoos and hair gel, said it will move to 100 percent recyclable plastic. It has plans to set up a plastic-collection mechanism with a modern trade retailer.

“As a first in Sri Lanka, we have set up a waste resource recovery center in collaboration with INSEE Ecocycle Lanka in 2019. The facility collects mixed solid waste (MSW), segregates plastic and repurposes the majority of them for recycling and upcycling. It collects 500 tons of MSW a month, and there are plans to increase it up to 1,000 tons a month,” said Johann Munaweera, head of corporate communications for Unilever Sri Lanka. “A liquid home-care vending machine was set up at a leading supermarket for experimentation. We are working on a sustainable model to scale it up.”

In early steps to get a handle on waste disposal, the Central Environmental Authority in 2008 initiated “Pilisaru,” the National Solid Waste Management program, with a grant of 5.6 billion rupees ($3.5 million). However, three major issues have plagued the collection method: optimizing waste collection; providing training and micro-loans to help waste pickers (mostly women); and carrying out clean-up campaigns and litter-collection education drives.

It is in the western province of Sri Lanka where the most plastic waste is generated. There, the estimated PET waste a year is 736 metric tons. As the raw material imports of PET is rising at 28 percent per year, the recent proposal for a ban was introduced.

“In the next phase, after one year from the ban of single-use plastics, we will ban the 750 ml PET bottles, yogurt and ice cream cups,” said Jayasinghe. “We cannot completely ban plastic, since we don’t have the alternatives right now.”

The ban also aims to create a market for eco-friendly alternatives. The government has already begun extending support to small- and medium-size industries that produce biodegradable food packaging products. It is also looking at other ways to meet the demands of the plastic market through eco-friendly products.

“Wimal Weerawansa, the minister of industries, wanted to introduce biodegradable products instead of non-biodegradable ones. He has decided to start with food packaging products,” said Nandasiri. “He has recognized recycling as an area of concern in the country. To support recycling industries, 66 acres of recycling industrial zone was created in Attanagalla, an electorate in the country’s western province.”

Weerawansa is looking at food packaging products made of banana waste.

“I need more advanced molds to manufacture for commercial products and that can become possible with more investors,” said Menuka Ariyaratne, CEO of Eco-ma Packaging.

Ariyaratne has partnered with Pelwatte Dairy Industries for a pilot project and is supplying eco-friendly yogurt cups.