The US Secretary of State is expected to visit later this month. 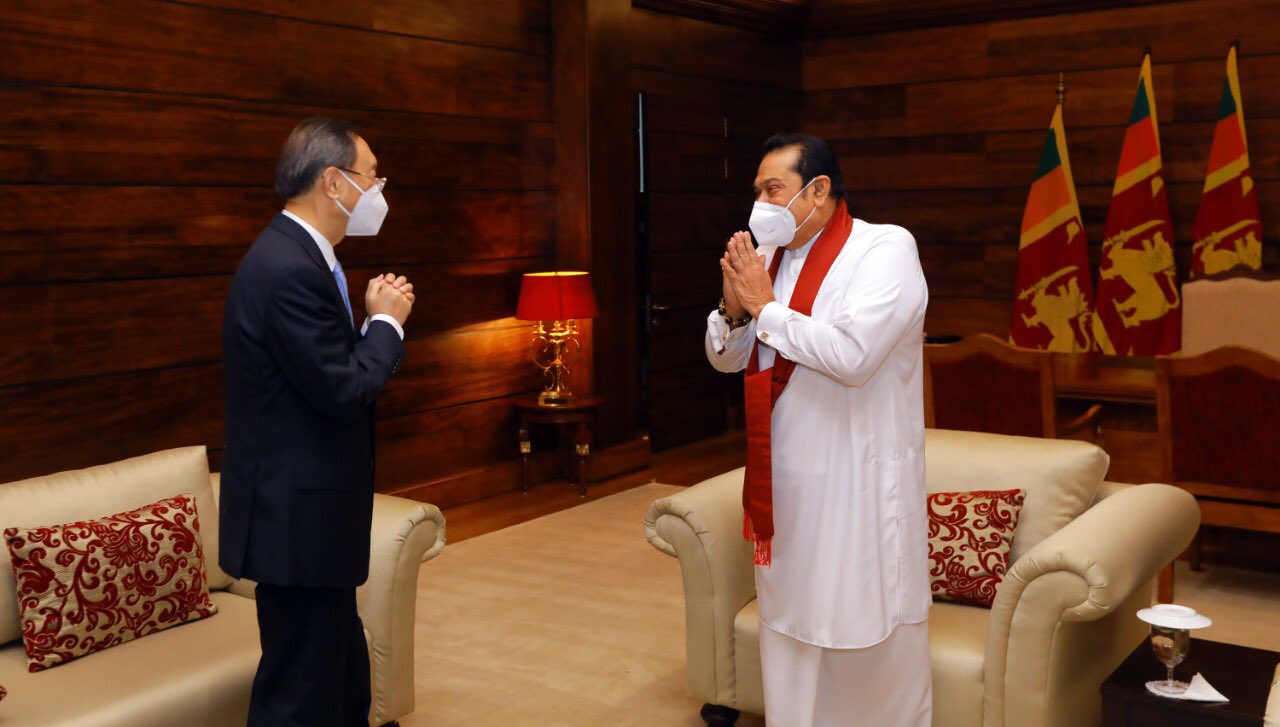 While negotiating a $500 million loan from China for development projects and a $50 million line of credit from India for defense upgrades, Sri Lanka is now eyeing a visit from the United States’ top diplomat.

In the U.S. view, Sri Lanka is important due to its strategic location in the Indo-Pacific region, particularly as China seeks to extend its influence in the region.

U.S. Secretary of State Mike Pompeo is expected to visit the island nation later this month, according to a recent statement by Jayanath Colombage, secretary to the Sri Lankan Ministry of Foreign Affairs.

Pompeo’s visit, which is reported to take place after his visit to India on Oct. 26-27, would be the first such visit by a top U.S. official since former secretary of state John Kerry’s visit in 2015.

Pompeo’s agenda is likely to include the stalled negotiations on the United States’ $480million Millennium Challenge Corporation grant and a new Status of Forces Agreement.

Last week, a seven-member delegation led by Yang Jiechi, a high-ranking member of the Chinese Communist Party, met with Sri Lankan President Gotabaya Rajapaksa and Prime Minister Mahinda Rajapaksa to finalize arrangements for the $500 million loan. The concessionary loan is to be repaid within 10 years, with no restriction on its use. A grant of $90 million was also awarded for health care and other development in Sri Lanka.

At the same time, India is offering Sri Lanka a $50 million line of credit for the defense sector as the two countries for the first time move to expand their security partnership in light of China’s growing interest in the Indian Ocean region.

These infusions of foreign investment have drawn mixed reviews from political and economic analysts.

“The interests that the United States and China have in Sri Lanka is to gain security partnerships,” said Paikiasothy Saravanamuttu, a political analyst and the executive director of the Centre for Policy Alternatives. “The Chinese point of view is to secure the waterways that run by Sri Lanka because there are energy supplies and the Americans, on the other hand, fear that the Chinese are not just interested in securing safe passage for their energy supplies and that they want to have a wider sphere of influence. So, the U.S. is interested in an anti-Chinese coalition.

China’s investments in Sri Lanka, among other South Asian countries, has been a point of contention because of China’s so-called “debt-trap” diplomacy.

Saravanamuttu said, “It’s a debt trap as long as we get more debt from the Chinese. We don’t have an option. If Sri Lanka decides [not to seek] an International Monetary Fund loan, it is at the mercy of the Chinese.”

In 2016, the IMF loaned Sri Lanka $1.5 billion, which was supposed to be repaid in June this year. In 2019, the IMF agreed to extend the term by a year. The loan is intended to help reduce the country’s budget deficit and debt burden, among other things.

Sri Lanka’s total debt obligation in 2020 is $113.7 billion. It owes $3.8 billion in foreign debt, due this month, and has turned to China instead of the IMF for money to service its foreign debt and to shore up its budget.

The $500 million loan being negotiated with China “is not a lot of money, and the country should be able to pay back in 10 years,” said Harsha De Silva, a Sri Lankan economist. “These Chinese loans will be used for budget support. It could go for recurrent expenditure or capital expenditure. If it is used for capital expenditure, then the money is likely to be diverted to China-backed projects.

De Silva said that with IMF loans, Sri Lanka can restructure its policies, but when countries like China, Japan, India or America loan money, “they do not seek any restructuring of our debt or fiscal policy.”

However, De Silva believes the government must go to the IMF, as the country’s debt is so high, and once such a loan is secured, payment plans will be renewed with the loan being restructured.

Sri Lanka’s net government borrowing, according to the IMF estimates, is expected to rise to 9.4 percent of GDP in 2020 from last year’s 6.8 percent, primarily due to the pandemic.

Many believe that China’s investment in Sri Lanka, especially the lease agreement for the Hambantota port in 2017, will increase Sri Lanka’s “debt-trap,” but China and international analysts do not think that is the case.

The port was leased to China for 99 years after failing to generate enough revenue to pay off its debt.

China’s “debt trap” diplomacy has also been a major issue in discussions about the Belt and Road Initiative (BRI) in Sri Lanka.

“Up until this point, no BRI accomplice has fallen into any alleged obligation trap due to its collaboration with the BRI,” Zhao Lijian, the Chinese Foreign Ministry spokesperson, said in a press conference earlier this month. “On the contrary, many partners have spoken highly of the BRI. For example, on Oct. 9, Sri Lankan President Gotabaya publicly refuted the claim again that China had set up a debt trap to control Sri Lanka.”

Initially, Sri Lanka had turned to India for financial in building the port, but India refused deeming the project commercially unviable. Eventually, the Export-Import Bank of China agreed to fund 85 percent of the port’s first-phase construction with a 15-year commercial loan of $306 million at an interest rate of 6.3 percent.