Once a community of around 700,000, only a handful of Sikhs remain in Afghanistan today due to decades-long conflict and violence.
By Gaurab Dasgupta October 16, 2020
Facebook
Twitter
Linkedin
Email 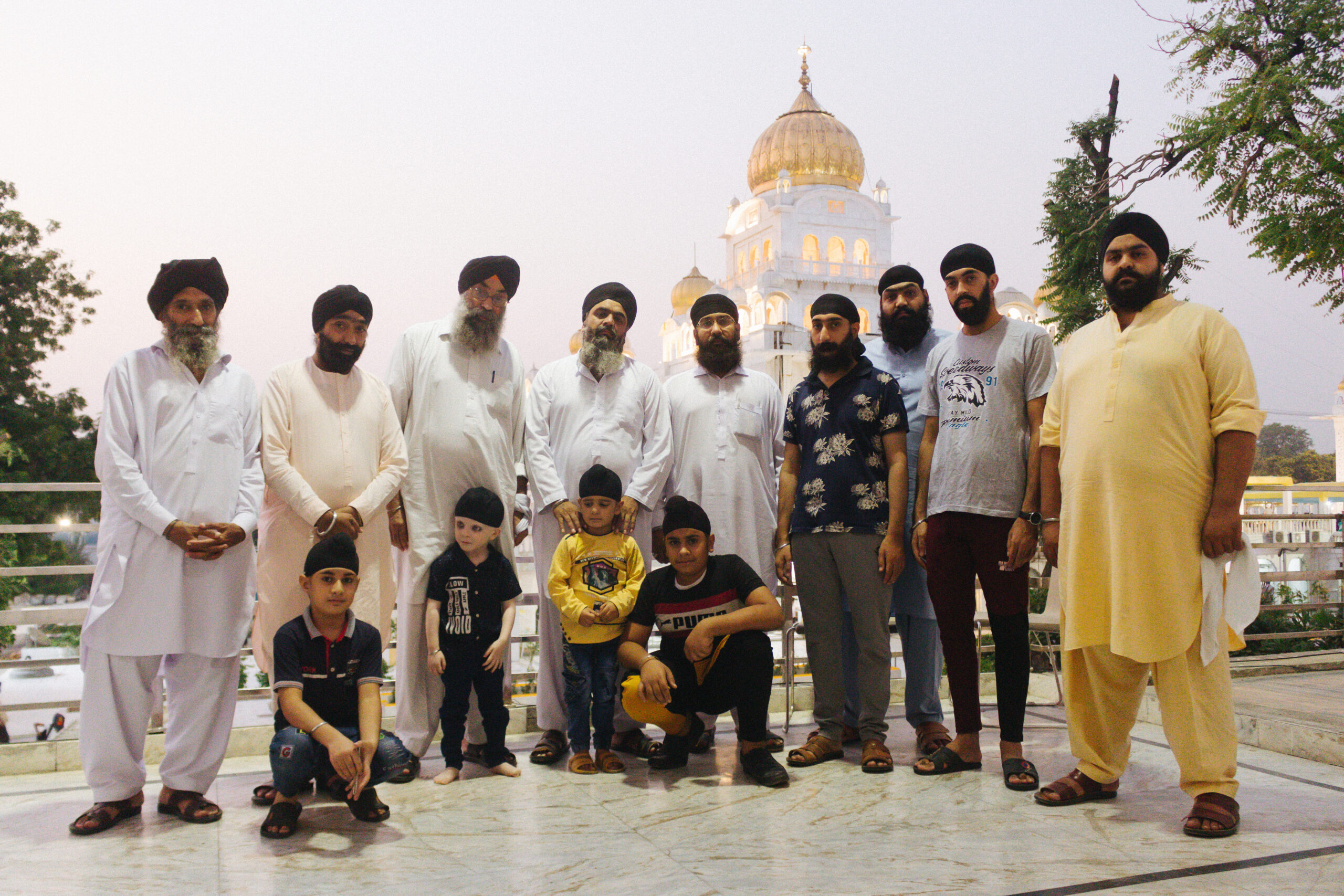 Gagandeep Singh Soni, 13, was attending school at the Gurdwara Har Rai Sahib in Kabul, Afghanistan, earlier this year when he heard gunshots outside his classroom. Joginder Singh, his friend and classmate, had left to fetch tea for the entire class. A gurdwara is a place of assembly and worship for Sikhs.

Hearing the commotion, Gagandeep stepped out of the classroom and peered over the flight of stairs. To his horror, his friend was lying in a pool of blood downstairs, with a bullet lodged in his head.

“It was 7:30-7:45 in the morning, and we were in our class when we heard the gunshots. Joginder had gone to get tea for us. They killed him and his body was lying at the bottom of the stairs. We locked ourselves in the classroom and stayed inside till things normalized. We were terrified and scared,” Gagandeep said.

Gagandeep was among the 200-odd Sikhs trapped inside the gurdwara when armed assailants attacked on March 25. The 13-year-old lost his friend, who was one of the 27 killed that day. The Islamic State, also known as ISIS, claimed responsibility shortly after the attack.

The Sikhs are a minority in the Muslim-majority nation of Afghanistan. Once a community of around 700,000 in the 1970s, their number has declined sharply over the last four decades. Most have fled the war-torn nation amid threats of violence and persecution.

The recent attacks have prompted another wave of refugees fleeing to New Delhi, India. Gagandeep is one of them.

The refugees have been given temporary shelter by the Delhi Sikh Gurdwara Management Committee (DSGMC) across the gurdwaras in the national capital.

“We have made arrangements for them at three major gurdwaras — Bangla Sahib, Rakab Ganj and Moti Bagh. It’s a temporary shelter, and they will be shifted to rented accommodation in various parts of the city,” said Manjinder Singh Sirsa, president of DSGMC and a member of the Shiromani Akali Dal, a Sikh nationalist party from Punjab.

Sirsa was instrumental in facilitating the transportation of the refugees, with help from India’s home ministry and a number of organizations.

“After the incident, I met Amit Shah (India’s home minister) and asked him to help us out. He agreed, and we booked chartered flights and special planes to get them to India. The cost was borne by the voluntary Sikh organizations and members of the Sikh diaspora across the world,” he said.

The Afghan government also stepped up efforts to smooththeir transit.

“Their (Afghanistan’s) government has been more than helpful to the Sikhs and Hindus. In this case as well, they were quick to respond after the attack. They made all possible efforts to rescue those who were abducted and provided medical assistance,” a spokesperson for India’s External Affairs Ministry told Zenger News.

Among the refugees in India are brother and sister duo Manjeet Kaur Soni, 23, and Jagmeet Singh Soni, 27. Their father, Nirmal Singh, was killed in the March attack. Nirmal was the granthi or head priest at the gurdwara.

“It was the death anniversary of one of our relatives, and we had condolence prayers that day. As we went towards the praying area, shots were fired at us. Terrified, we went inside and locked ourselves in for over six hours,” Manjeet said, tears welling up in her eyes. “They killed my father, my sister-in-law and her three-year-old daughter.”

Such experiences have created a culture of trepidation and distress among the population of Afghanistan, which has been ravaged by conflict since 1979.

After the Soviet withdrawal in 1989, Afghanistan, once a beacon of secularism, fell into the hands of Islamist guerrillas (mujahideen), who could not come to an agreement on power sharing and civil war ensued.

“I loved going to school and my parents also encouraged me. But the situations became worse when I was in class XI. I started getting threats from some locals, which included the mujahideen as well. I had to quit school because of them,” said Manjeet, who then lived in the eastern province of Paktia.

As the country sank deeper into turmoil, it became more difficult for minorities, including the Sikhs, to survive the wave of Islamic extremism.

“Things became very difficult for us after the Soviet invasion. My parents were born here (Afghanistan) in the mid-1900s. I grew up in a different atmosphere and there was peace all around. Things started going downhill after the invasion in 1979 and have never become any better. The Sikh community lived in constant threat and fear,” said Tajinder Singh, 55, a resident in the central city of Ghazni.

Tajinder’s hands trembled in distress as he spoke of his life gone by, and his voice choked when he recalled certain instances.

“We have left everything behind, our home, kith and kin, culture. At this age, what will I do? Imagine being a refugee in a different country, a country where you might get a house but you will never be able to call it home,” Tajinder said.

The Sikh population in Afghanistan has primarily lived around Kabul, Jalalabad, Ghazni, Gardez and Nangarhar, among a few other cities. They have always played a key role in the Afghan economy and were involved in trade and exports. However, today’s Sikh youth must take on multiple roles in order to feed their families.

“Before the war, the export and import of garments to and from India and Europe was in the hands of the Sikh community. They were in the businesses of automobiles, construction, dry fruits, etc. They lived prosperous lives. But, now it’s different. Look at me, I work as a multimedia journalist/presenter, singer and also run a small cosmetic shop,” said Manjeet’s brother, Jagmeet.

The refugees in New Delhi said that they had fared better under the regime of former Afghan president Hamid Karzai.

“In the early 2010s, especially 2013, was a very good year for us. There was employment for everyone, kidnappings and killings were less, even the bomb blasts were rare. Afghanistan witnessed such a peaceful time after decades,” said Jagmeet.

Also at the time, the Taliban did not force its ideologies and customs on the Sikhs, allowing them to practice their religion and not interfering in their way of life. The women, too, were relatively safer.

“The Taliban didn’t bother us most of the times, except a few rare incidents. They would let us celebrate our festivals such as Diwali, Baisakhi, Gurupurab, etc., in peace. At times, they would also come along with us and celebrate outside their mosques. They did not force anyone to adopt Islam,” said Jagmeet.

However, things have taken a turn for the worst since 2018 when the Islamic State gained control in the country. They have made life more difficult for the Sikhs.

“They are barbaric in nature. If they can kill days-old infants and their mothers in hospitals, they do not have any religion. They can kill anyone,” said Surbeer Singh Khalsa, 40, a resident of Ghazni.

Many of the refugees who have come to India looking for peace and stability, however, do not wish to live in India for long. Without financial aid from the government, they have find ways to sustain themselves in a foreign land.

“We do not want to live here for long, maybe a couple months till this pandemic subsides,” Surbeer said. “This country has no employment opportunities, the cost of living is extremely high, there is a lot of pollution, social division on caste lines and the medical expenses are unaffordable.””

“We would like to move to either Europe, Canada or the U.S. whenever things settle a bit for us.”