Moments after the harrowing crash, the biker sent his girlfriend a selfie saying he’s OK. 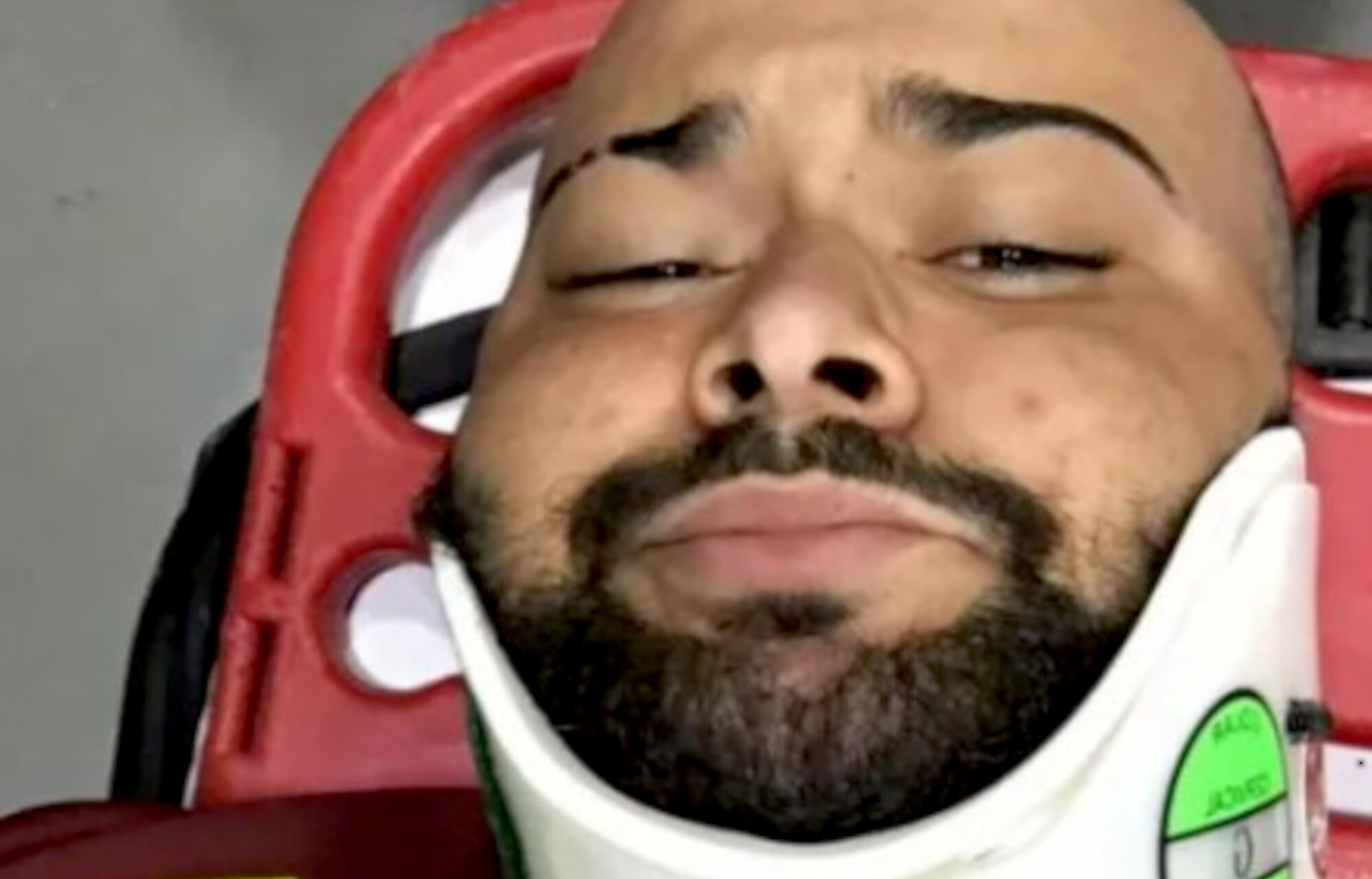 Igor Henrique Benedito de Oliveira (20), the biker who was thrown in the air on the street in Salto, took a selfie minutes after the accident to let his girlfriend know he was fine. (Newsflash)

SALTO, Brazil — A Brazilian motorcyclist who survived a horrific head-on crash with a car vows to annually remember the date it happened as his “second birthday.”

The startling accident, caught on film, shows Igor Henrique Benedito de Oliveira, 20, slamming into a car on Jose Maria Marques de Oliveira Avenue in Salto, Brazil, on Oct. 12. On impact, his motorcycle disintegrates into several flying pieces of metal, and he is sent cartwheeling through the air before coming to rest on the pavement.

After the mishap, Benedito de Oliveira somehow managed to take and send a selfie to his girlfriend to let her know he had crashed — but had survived. The picture shows him wearing a neck brace while apparently in some discomfort.

“It wasn’t so worrying because he had already warned me, but even so, I couldn’t keep calm until I was able to see him,” said his girlfriend, Myllena Reis.

Benedito de Oliveir, who works as a pizza delivery rider, suffered no broken bones despite traveling at about 70 kph (43 mph) at the time of the accident.

“As soon as I saw the car, I thought I was already dead,” he said. “It took me a while to be able to move because I couldn’t breathe, but, little by little, I managed.”

The biker only needed some stitches, so he was patched up and sent home from an area hospital in about three hours.

Benedito de Oliveira said that doctors and loved ones can’t believe he didn’t break a single bone, adding that he feels reborn. As a result, he vowed to mark the accident date as his “second birthday.”

The young pizza driver is indeed fortunate. In the U.S., when gauged by per vehicle miles traveled, motorcyclists are 27 times more likely to be killed in a traffic crash than passenger car occupants, according to the National Highway Traffic Safety Administration.