Mun, the baby Asian elephant, is one of just 50,000 scientists estimate are left in the world today.
By Maja Mishevska October 16, 2020
Facebook
Twitter
Linkedin
Email 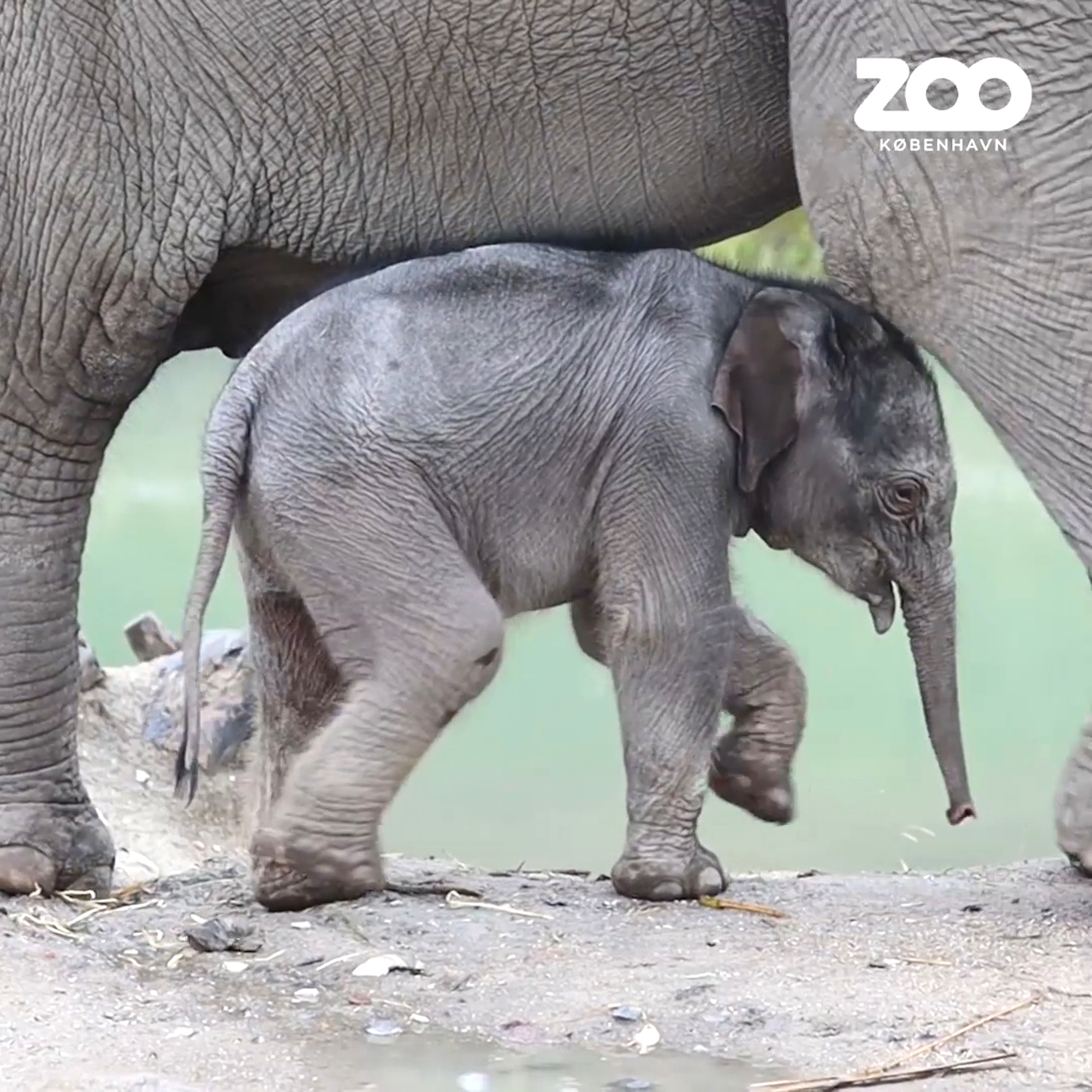 Mun, an Asian elephant born at the Copenhagen Zoo in Denmark, took her first steps this month. (NewsFlash)

FREDERIKSBERG, Denmark — A rare elephant calf took its first steps outside this month, six days after its birth at a Danish zoo.

Footage of the Oct. 7 milestone was shared by Copenhagen Zoo.  In the video, the baby elephant, named Mun, can be seen scampering at her mother’s feet before venturing outdoors and exploring their surroundings.

“Mun is Thailand’s third longest river, running through the region of Surin, which also happens to be the name of Mun’s mother,” the zoo said in announcing the calf’s name.

The infant is one of a herd of Asian elephants housed at the zoo, which also includes three other females and two young males, according to spokesman Jacob Munkholm Hoeck.

Asian elephants are the largest mammals in Asia, growing between 6.5 to 11.5 feet tall and weighing up to 11,000 pounds. The nomadic animal is listed as endangered on the International Union for Conservation of Nature’s Red List of Threatened Species.

While more than 100,000 Asian elephants were estimated to have existed at the beginning of the 20th century, the species’ population has dwindled by at least 50% in the past three generations. Fewer than 50,000 live in the wild today, about half in India. Some also live in pockets in Sri Lanka and the Indonesian island of Sumatra.

The biggest obstacle they face is habitat loss, as their natural home has been decimated to just 15% of its historic range. Fragmentation, poaching and the live animal trade also pose threats to the species.

Asian elephants are known to be sociable and tend to form groups of several related females, led by a matriarch. They spend most of their days eating grasses, but also enjoy chowing down on bananas, rice and sugarcane.

In some cultures and religions, elephants are considered sacred symbols, including Hinduism, in which the elephant is the living incarnation of an important deity, Ganesha.