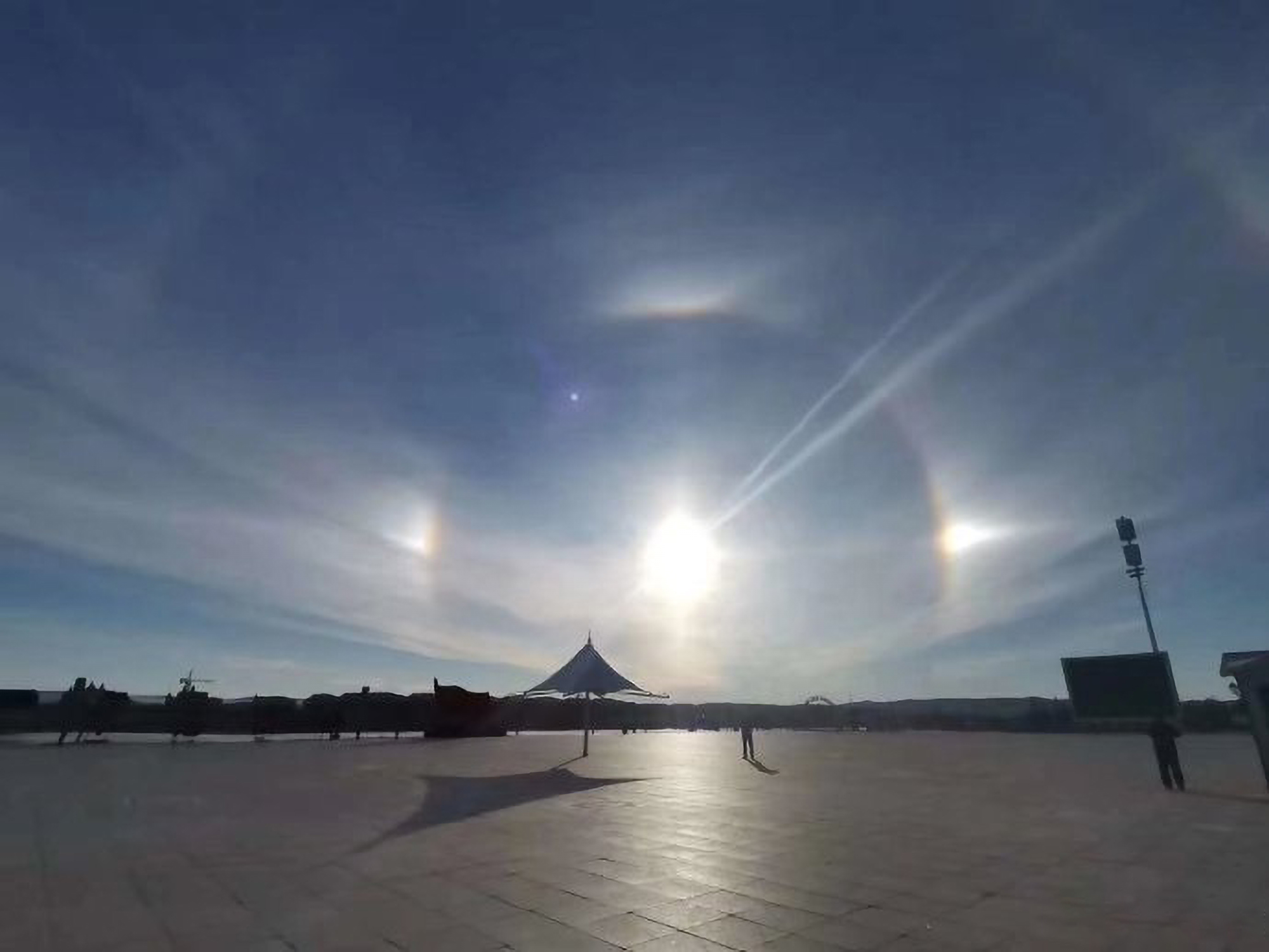 MOHE, China — Residents of a northern Chinese city woke up on Oct. 15 to see three suns in the sky above them.

The optical illusion, which featured two phantom suns to the left and right of the real sun as it rose in the sky, was filmed in Mohe, a metropolis located near China’s border with Russia. The natural phenomenon, called “sun dogs,” lasted for around three hours, one of the longest reported.

Sun dogs are spots of light located on either or both sides of the sun and are caused by the refraction of light through ice crystals forming in the upper atmosphere. They are also commonly referred to as “mock suns” or “perhelia,” which means “with the sun.”

Chinese citizens have awoken to the sight on several occasions in the past, including in January, when triple suns decorated the sky. A month later, those living in China’s Inner Mongolia Autonomous Region were treated to five suns appearing in the sky.

Sightings of sun dogs date back hundreds of centuries, with Greek philosopher Aristotle noting the appearance of one in his treatise Meteorology in 340 B.C.

Other similar atmospheric optical phenomena include halos, or rings of light that form around the sun or moon as it refracts light off of ice crystals in clouds, and sun pillars, vertical shafts of light above the sun that develop as ice crystals fall and reflect the sun’s rays.