Archaeologists are calling the find “the Pompeii of the Iberian Peninsula.” 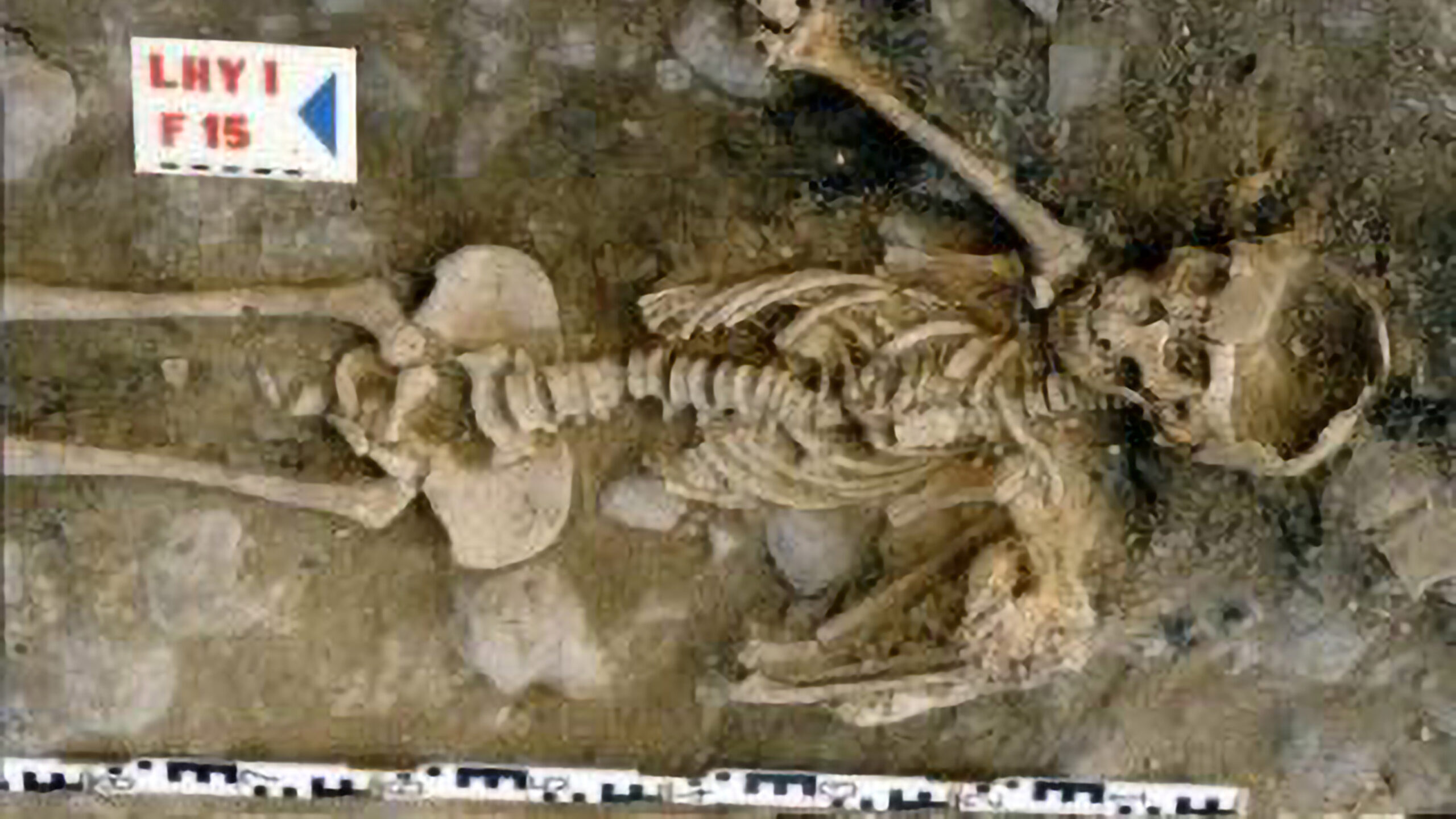 Scenes of killing and devastation found on the streets of La Hoya. (A. Llanos/Newsflash)

Discovered in 1935 and first excavated in 1973, the ancient town of La Hoya in northern Spain’s Basque Country was destroyed in a violent attack between 350 and 200 B.C.

Oxford University researchers are now working with the Instituto Alavés de Arqueología to shed new light on what happened. Scientists are calling the find “the Pompeii of the Iberian Peninsula.”  (Pompeii, a town in southwest Italy, was destroyed by the violent eruption of Mount Vesuvius in 79 A.D., which killed as many as 30,000.)

At La Hoya, the bodies of 13 people—a baby, a child, two teenage girls and nine adults—were studied for the first time since their excavation, during a dig that only covered about 15% of the area.

La Hoya had an estimated population of 1,500 with a farming economy and warrior aristocracy. It’s believed to have been a hub for the Berones tribe when it was raided.

Victims were hacked to death and burned in the streets during the brutal killing, with a level of violence almost unheard of before the Romans conquered Europe centuries later.

Scientists found the victims suffered horrific injuries, including burning, having their limbs hacked off for trophies and decapitation. One of the two adolescent girls had been killed after her arm was cut off and found nearby with her copper bracelets still intact.

The victims’ bodies were then left in the open, where archeologists believe they were scavenged by animals.

The settlement was burned to the ground during the attack and abandoned by its remaining residents. There was no evidence of pillaging, indicating it was a politically motivated, well-organized attack.

“Bodies were not recovered, but lay where they fell on the settlement’s streets,” said lead researcher Javier Ordono. “The fact that people did not return to rebuild the community suggests its total destruction was the aim of the attackers.

“Decapitation and amputated arms might be related to head-hunting or the taking of body parts as trophies, events frequently described in relation to inter-group conflict among Iron Age populations.”

Ordono said many of the injuries appear to have been inflicted from behind, perhaps as individuals attempted to escape. “The apparent absence of projectile injuries also implies the encounters were close-range and the attackers had breached the site’s defenses,” he said.

Archeologists believe the attack was purposely timed to cause maximum casualties, since it is believed to have taken place on a market day in the late summer, causing a massive impact on the social, economic and political structure of the Berones tribe.

“The most plausible scenario is the attack involved contesting control, either led by rival polities from the Berones or different tribes from northern Iberia, for this stretch of the fertile Ebro Valley, which is well-placed as a central node between the Cantabrian region, the Mediterranean and Spain’s interior plateau,” Ordono said.

There are no excavations planned in the La Hoya area, but anthropological and isotopic studies are ongoing.