The three-toed dinosaur tracks are believed to belong to a long-extinct biped. 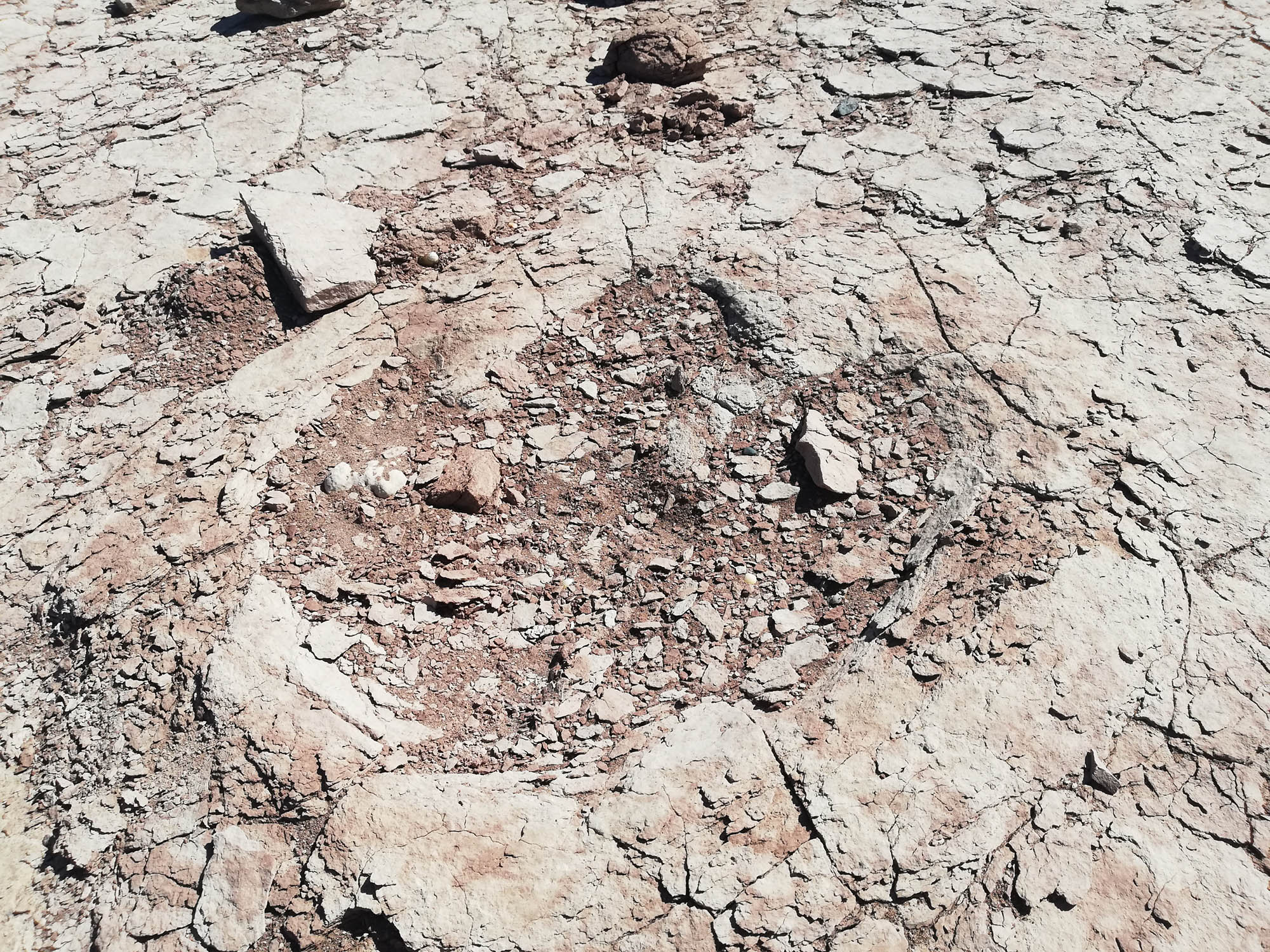 VILLA EL COCHON, Argentina — Dinosaur footprints dating back almost 100 million years have been found in Argentina. The announcement of the discovery was made Oct. 14.

Officers of the Argentine Naval Prefecture found the footprints during a routine patrol of the shore of Lake Ramos Mexia in Villa El Chocon, in the province of Neuquen.

The remains were found in a remote area known as Punta Lote. They were discovered due to the remarkably low levels of water of the artificial lake that supplies the El Chocon hydroelectric dam.

Pictures and video of the footprints were sent to Juan Canale, researcher at the National Scientific and Technical Research Council, and to Ernesto Bachmann, director of the Paleontologic Lab of the Municipal Paleontology, Archaeology and History Museum.

After studying the dinosaur’s gait, the scientists established the prints are tridactyl footprints caused by a medium-to-large-sized bipedal dinosaur around six meters (16 feet) long and three meters (10 feet) tall.

The prints lie in the Candeleros Formation, a 984-feet deep layer of sedimentary rock, rich in fossils and print. The earth easily moulded and retained the dinosaur’s footprints. The Candeleros formation happened during the Cenomanian stage of the Late Cretaceous period, between 96 and 100 million years ago.

The area where the remains were found houses other footprints, but from smaller carnivorous dinosaurs, such as herbivorous long-neck dinosaurs and some flying reptiles.

Scientists believe the newly found footprints belong to a Limay Ichnus or an Iguanodontia, but will confirm with further study.

“This animal must have passed through this part and stepped into mud that turned into a fossil,” Canale said.

Those footprints were later covered by sand, sediment or mud, which preserves them from wind, rain or other animals, eventually transforming them into fossils.

“Every discovery is important,” he said.

The area will be evaluated by experts, who will decide how best to preserve the remains and determine if they can be moved.

Argentina has yielded other key dinosaur finds this year.

In May 2020, paleontologists from the Argentine Museum of Natural Sciences found the vertebrae, ribs and part of the chest and hip of an unidentified carnivorous dinosaur that was around 10 meters (33 feet) long and 70 million years old in the province of Santa Cruz, in southern Argentina.

Other 2020 global dinosaur finds include a toothless, two-fingered dinosaur, which was discovered Oct. 6 in the Gobi Desert in Mongolia and reveals how parrot-like animals lived more than 68 million years ago. The species has one fewer finger on each arm than its closest relatives, suggesting adaptability during the Late Cretaceous Period. Multiple skeletons were found by a University of Edinburgh-led team.