His story on how it got there didn't add up, so police started a year-plus quest to find the instrument's rightful owner.
By Sara Zhivkova October 15, 2020
Facebook
Twitter
Linkedin
Email 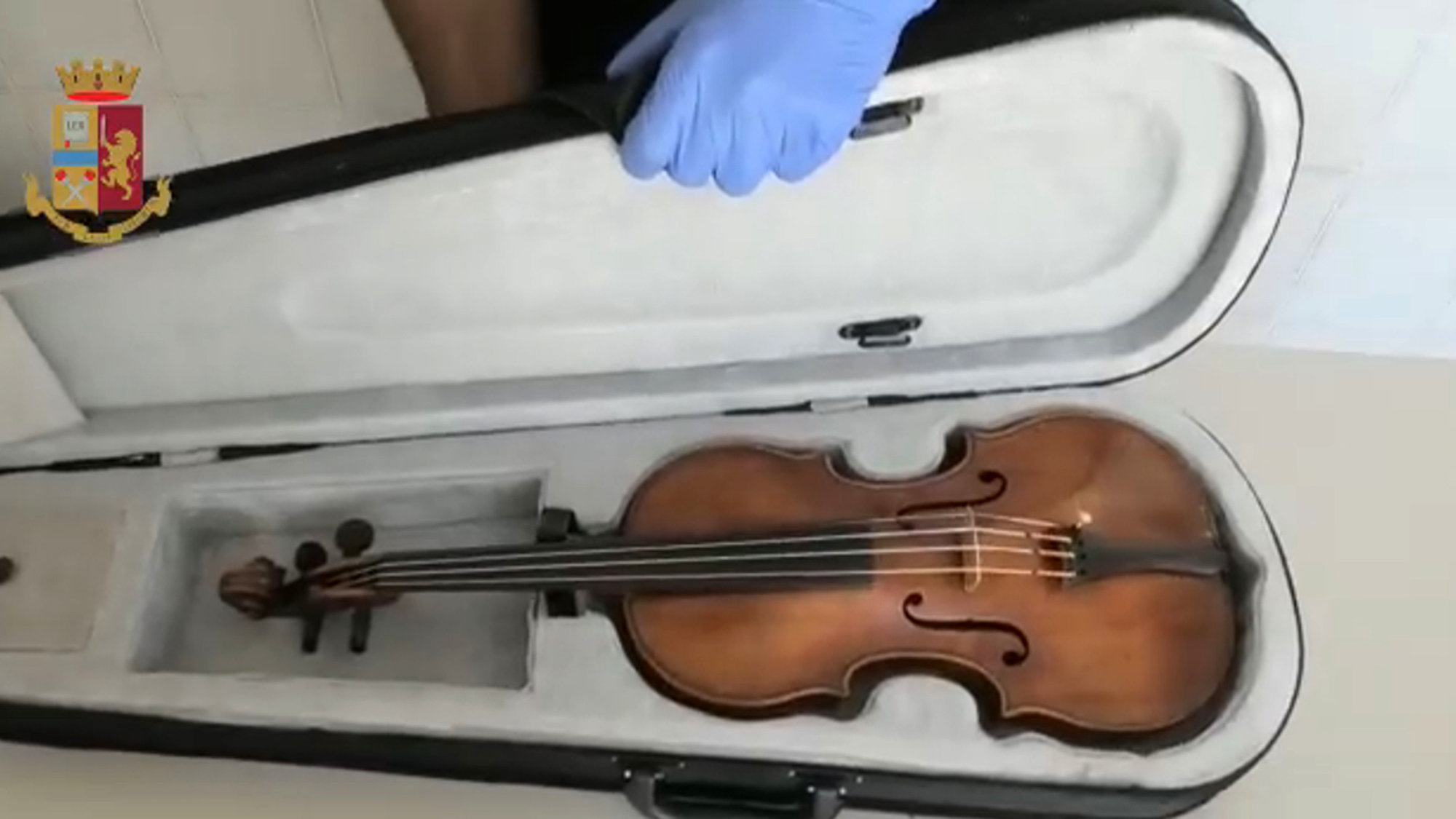 PARMA, Italy—A violin dating to the 1670s that was worth nearly $400,000 when it was stolen 15 years ago in Japan has been found here under a drug dealer’s bed. But while the violin’s rightful owner has been determined and steps are being taken to return it to her, the suspect has disappeared.

The recovery of the rare and valuable Nicolo Amati violin began in April 2019, when police raided a suspected drug dealer’s apartment. Though no illegal drugs were found at the time, they did find the violin under his bed.

They confiscated the instrument after the suspect was unable to explain how he ended up with it. He later provided a story saying that his grandmother had purchased it from a pawn shop in Colombia and had bought it to Italy by his sister-in-law.

But authorities were not convinced, and decided to investigate further. As the violin was not listed as stolen in any of the international police databases for such goods, Parma’s Public Prosecutor’s Office appointed a violin expert based in Cremona to conduct a full review of the instrument and its history.

Starting with information contained on a business card for a local musical instrument dealer that was found in case holding the violin, the expert eventually confirmed that the violin was the one stolen in August 2005 in Tokyo from violinist Takiko Omura, aged 89 at the time, the widow of architect Junzo Yoshimura.

Omura and Yoshimura bought the violin from a U.S. dealer in 1954, and its value was estimated in 2005 at about $400,000. However, it’s believed to be worth far more now. (The instrument auction house Tarisa reports that the most valuable violin by this particular maker fetched $654,588 at auction in May 2013.).

According to Omura’s complaint in 2005, a violin bow and a cello bow were also missing, which led to further investigations that resulted in the recovery of those two bows in the laboratory of the craftsman in Cremona whose business card was found with the violin.

The Italian authorities are currently making arrangements to return the instrument and bows to Japan. (It could not be immediately determined if Omura is still alive, or if the violin and its accessories will go to her family.)

Meanwhile, the suspect, under investigation for receiving stolen goods, has reportedly gone missing.

While the Amati is rare and valuable, the most highly coveted violins are by another Italian luthier, Antonio Stradivari. When a Stradivarius violin was stolen from Milwaukee Symphony Orchestra concertmaster Frank Almond in 2014, for example, it was valued at $5 million.

In that case, the instrument was recovered nine days after the theft, swaddled in blankets in the attic of one of the two Milwaukee men who stole the violin from Almond by tasering him outside a concert hall, according to the FBI’s account of the heist.