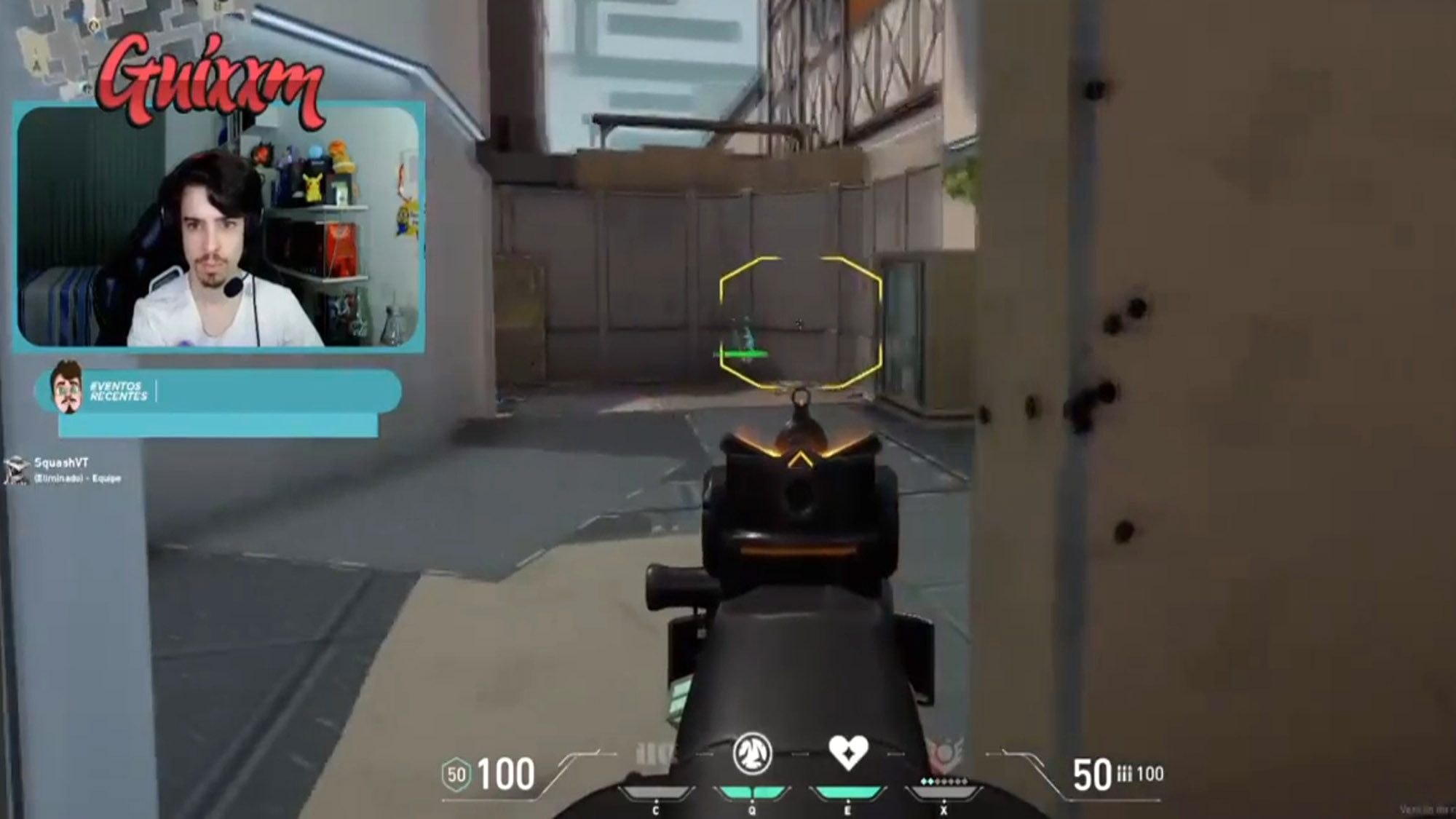 Guilherme Menezes (25) had his home robbed while doing a live broadcast of an online game on October 9, 2020. (Newsflash)

Players taking part in a live-stream online game witnessed some unexpected real-life action when a man waving a gun appeared on the screen at one of the participants’ homes.

The incident was captured during a video game live-stream by Guilherme Menezes, 25, known online as “‘Guixxm,” from his home in Guaruja, Brazil, on the evening of Oct. 9.

The video starts with Menezes concentrating on his game when a person’s hand suddenly appears, knocks his headset off and places a gun on his forehead.

The gamer appears momentarily stunned, but cooperates with the gunman as he stands up and walks off-camera.

Menezes spoke about the unnerving experience with Brazilian news portal “G1,” saying at first he thought it was a joke but quickly realized it was a home-invasion robbery. He was then taken to another room, where the rest of his family was.

The on-screen sight of the gunman prompted a person watching Menezes play, who knew his address, to contact police, who quickly arrived at the scene. They confronted the two thieves before they could leave the property with the valuables.

According to G1, both men tried to flee, but only one managed to escape. Police arrested the second man, a 33-year-old male, who has not been named, who was found to be in possession of a fake gun.

He remains in police custody while authorities continue to search for the second suspect.

“Even though the delinquents took money and jewelry, I think the material loss was much less” thanks to the quick response by authorities, Menezes said.

The gamer made a post following the incident in which he thanked his online bud for “saving his and his family’s life.” The 25-year-old gamer said his biggest concern during the incident was for his father, who is of advanced age and has heart problems.

Want to reduce your chances of becoming the victim of a home-invasion robbery? The security consulting firm Global Security Experts Inc. recommends the following steps: