THE WAY WE LIVE NOW: Virtual School Means a Classroom is Wherever You Are 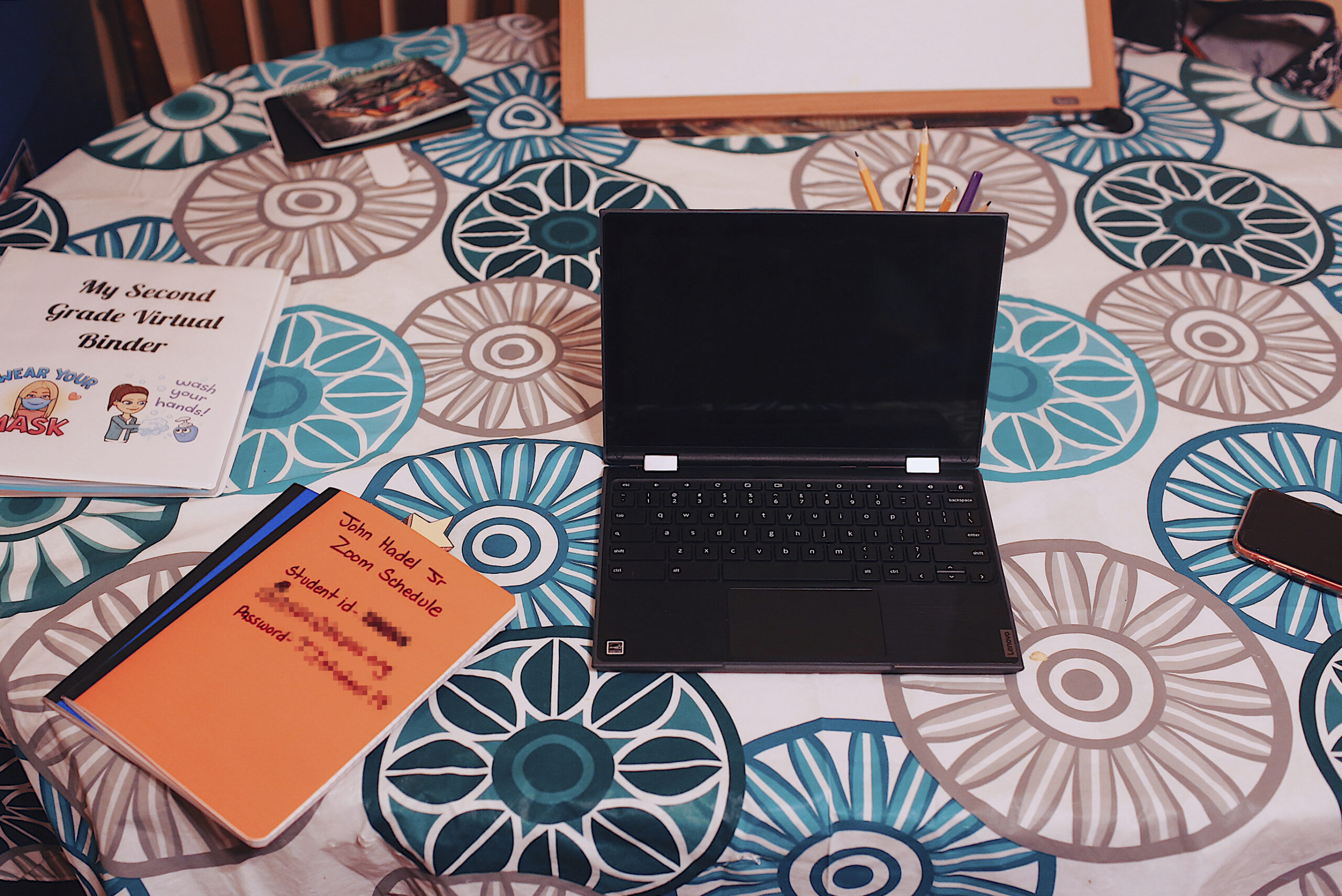 A virtual learning setup in Baltimore, Maryland is located in a kitchen with a laptop and planner on September 18, 2020. Personally identifying information and passwords were pixelated in this image. (Kaitlin Newman/Zenger)

Fall, synonymous with that new notebook smell, isn’t what it was 12 months ago. New backpacks, new classrooms, new bus routes? Last year’s news. The Covid-19 pandemic had other plans for American children, who live online and see “real life” as unusual enough to have its own chat acronym. Today Zoom and virtual lessons compete for the short attention spans of boys and girls whose laptops are always open.

What does virtual learning look like in 2020? A classroom is wherever you are. It’s a desk in a child’s room, a computer on the kitchen table, a tablet on the couch. It’s playrooms-turned-classrooms. It’s home office space, previously off-limits to kids, converted into shared space so Mom and Dad can parent while they, too, work from anywhere.

As soon as she heard classes in Towson, Maryland would be online-only, Elyse Carr went to IKEA to create a makeshift classroom for her son Lincoln. “Most of the desks were sold out, and all table legs were sold out,” she said. “Luckily I was able to get a tabletop, and I ordered table legs on Amazon. 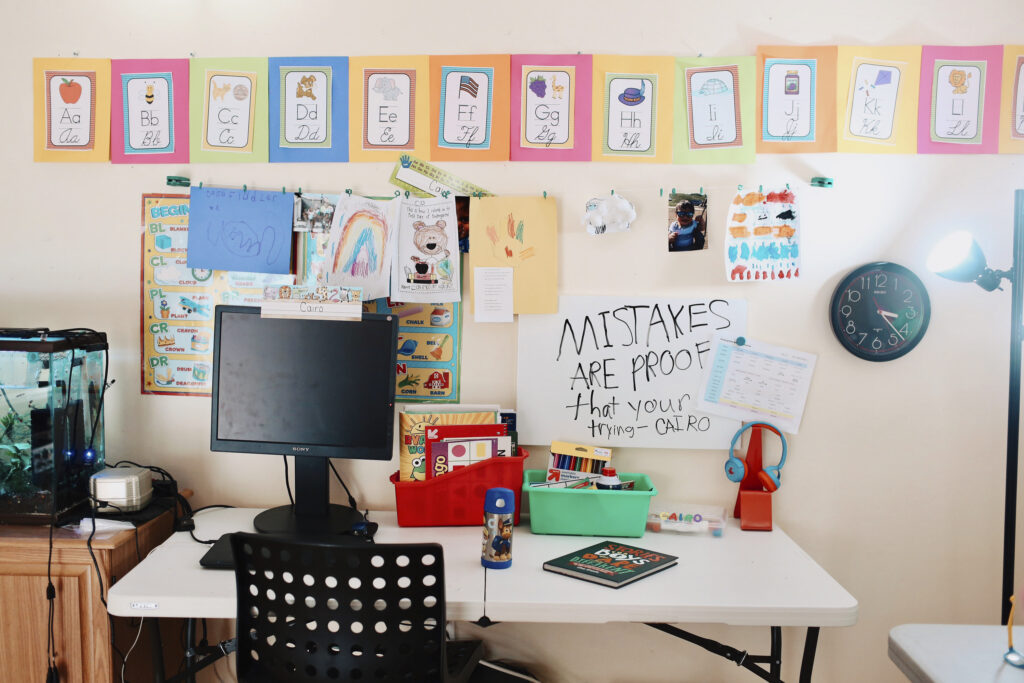 “I really wanted to create a school space for him to help him focus and behave as if it were school,” said Carr. I put his classroom centrally located in the dining room, so I could keep an eye on him.”

Chelsea Morrison of Crofton, Maryland, used social media to improve her daughter Olivia’s setup. “It wasn’t super difficult to set up, mostly because Olivia has always been that kid that loves drawing and crafting, and we’ve had a setup for her for years already,” Morrison said.

“We just had to upgrade her desk size, which I bought secondhand from the Facebook Marketplace. There’s tons of people selling there because lots of stores have been sold out of kids desks and chairs for a while now. I gave her my old massage stool, and she was good to go.”

“It has been so hard, keeping track of class meeting, special classes and independent learning,” said Carr, who says helping her first-grader with his virtual learning is a full-time job.

“When he is not in a class I’m trying to get him to go outside, or shake some energy off from sitting at a computer. It takes a lot of energy to even get him to his meetings, because he doesn’t enjoy them. He thinks school is long, which is something he never said when he was in actual school,” she says.

Morrison agrees: “We don’t really seem to have time to do anything else besides school and work.”

In most of the United States parents have no idea when their school boards will decide to reopen. So for now, at least, families huddle together and make the best of it. And the educational landscape of dining room tables, front porches and bedroom desks—and a few blanket forts—is the way we live now.